Gen X, Y, Z: The End of the Alphabet as a Career Planning Tool 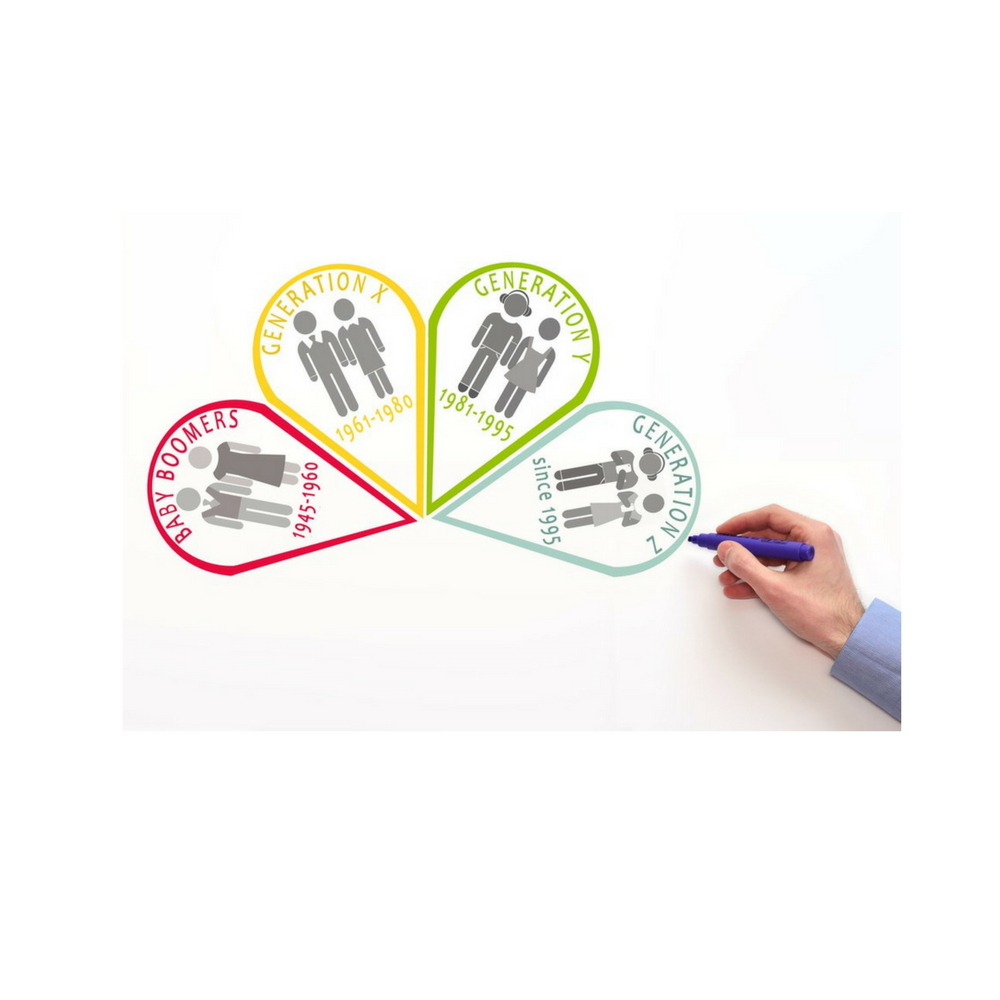 I've been struggling for some time with the lack of focus on the merits of recognizing and rewarding individual accomplishment.  It appears the "every kid gets a trophy" approach to reward systems may have hurt a generation of people competing in the global talent marketplace.

Now that we have reached the end of the alphabet in the Generation X, Y, Z continuum with the Z kids born 1996 to the present, I want to make a proposal.  There may be some useful elegance in ending our belief that birth year is a proxy for individual attributes.  I propose this both to HR leaders on the never-ending hunt for finding and retaining the best talent and to individual candidates who sometimes buy into the concept that they are part of a group based on when they were born.

The most successful careers are based more on how you stand out and apart from your peer group in a positive way rather than taking comfort and guidance from a broad set of professional and personal attributes ascribed to your group.

"Be yourself; everyone else is already taken." -- Oscar Wilde

I didn't know I was a "Baby Boomer" until around 1990.  "Baby boom" is a term used to describe a temporary surge in birth rates (like in the post-World War II 1940s, for example).  By most accounts the term "Baby Boomer" first appeared in The Bennington Banner in December of 1977.  This reference marked an important change in the way we discuss the professional, social, political and economic inclinations of people who are known to have one commonality -- birth year.

While I believe that I fit the classic definition of a Baby Boomer (competitive, resourceful, goal centric, self-assured, etc.), these were not pre-defined for me.  I did not consult an infographic to figure out how I should view myself and my career opportunities when I entered the workforce in 1984.  I just kinda "ran my own race."

I also believe that a fair portion of my peer Baby Boomers do not fit the defining traits.  I guess that would make them "Alt Baby Boomers" in today's language.  As a "tail-end" boomer (born 1963), I lived and worked through the debuts of the PC, the Internet, the tablet, the smartphone and the cloud -- all of which had enormous societal and workplace implications.  Those of us boomers who strived to adapt and to remain unclassifiable on the basis of our birth date were the most successful.  Think Oprah (1954), Gates (1955), Jobs (1955), Bezos (1964) ...

The "everyone gets a trophy" reward system -- which was already observed in the early '90s -- is a trap, the consequences of which are now being felt in our workplaces.  A rewards system that allows individuals to take credit for something that is not measurable, knowable or clearly defined airbrushes synthetic success onto those who have done nothing to earn it.

While attributes like "flexible," "team player" and "socially conscious" make for interesting reading and easy-to-digest fodder for company town hall meetings, corporate policy re-writes and corporate culture wars (offices vs. cubes vs. "hot desking" vs. my office is everywhere and anywhere I want it to be), I'm not so sure that this X, Y, Z alphabet soup creates a recipe for individual success.  In the case of Generation Z it may actually prevent it.  Further, in second and third world populations across emerging and underdeveloped markets, it may be entirely irrelevant.

Let's take as an example the term "globally minded" -- often a Generation Z descriptor.  It sounds great.  But if your primary demonstration of global mindedness is to use your smartphone to connect with Facebook "friends" thousands of miles away or book vacations in places where homosexuality is illegal, where women are treated like second class citizens, or where the majority of the population live in poverty, perhaps you should re-think your global mindedness.

How about challenging why new smartphones cost $1,000 when the people who physically make them earn pennies an hour and are denied basic liberties, rather than camping out for days to purchase one?  The same reasoning would apply to being "tech savvy."  Should that include seriously or even casually pondering the question of why the Google search engine is free for unlimited use?  Is it really free?  Would a prerequisite for being "tech savvy" require one to know an exact and in-depth answer to that question?  I think yes.

Mass marketing relies heavily on studying and analyzing how to reach demographic groups using the Generation X, Y and Z approach, but isn't it ironic that as generations of consumers became increasingly more interested in labels on clothes, fashion, coffee, tech devices and the like, the manufacturers and marketers of these items became equally if not more interested in putting labels on their consumers -- X, Y, or Z?  Get the correlation?

"Your time Is limited, don't waste it living someone else's life."-- Steve Jobs

This X, Y and Z "zodiac science" inspired a generation of 20-something Gen Xers to concern themselves with "work/life balance" issues as a career priority.  The justification for this was fueled by the narrative, "My Baby Boomer parents worked all kinds of hours and got nothing for it."  While this is surely a debatable claim, it may have poisoned their well of achievement during some of their most critical career development years.  It took me at least 10-12 years to begin to understand the true nature and purpose of work, and I'm still trying to sort out the meaning of life.  I don't want to underplay the effects of their parental influence (lost pensions, stock market crashes and soaring divorce rates for example), but these young people in their mid-to-late 20s were challenged to sort out the cost/benefit analysis of balancing work with life does and it has not shown great macro outcomes 10 to 15 years hence.

Current day social pressures, identity politics, viral media, fake news and information overload create an environment where being a true individual is scary and lonely.  We've created a need to identify and value each other by age, race, gender identity, left, right, religious, pro this, anti that and on and on.  For the sake of your professional development, resist the traps to define, judge, place value and alienate each other as part of your career plan.

I had a professor in college with whom I completely disagreed on every social, economic, religious and political issue of the time.  I listened to him, respected his view and never pushed him away or labeled him.  I'm thankful because this person who I so vehemently disagreed with taught me one of the most important skills that contributed to my success over a 34-year career; he taught me how to write.  I was awful at it and he told me so.  But he committed himself to teaching me.  He embraced my passion, fueled my pursuit of knowledge and taught me how to express it in writing even though he disagreed with it.

So how do you avoid the traps?

Learn the business model of the tech devices you use, the algorithms behind the delivered content you enjoy, the corporate influence on the social causes you support and the true economic and geopolitical impacts of globalization.

Don't sacrifice your potential, goals, beliefs and priorities by accepting the constant disruptions and interruptions that beep into the depths of your concentration, trying to make sure you remain at the shallow end of the "group think" pool.

In the 1960s, The Who (a British rock band half of you reading this won't know) sang "Talkin' 'bout My Generation" while the U.S. Civil Rights Movement and the Vietnam War were taking place.  Their U.S. audience included a group of teens and young adults who more than a decade later would be called Baby Boomers.  The lyrics were raw, emotional, unapologetic, rebellious, urgent and full of passion and strength.  Pete Townsend expressed the individual power of a young person's voice scratching and carving his/her own place in the world and not trying to fit into a manufactured group mold.  Pete wrote:  "Hope I die before I get old … Hope I die before I get family oriented …"  His rallying cry for individualism is a rallying call worth hearing today.

Tim is responsible for GroupM’s human resources strategies, practices, and policies for its over 27,500 employees globally. Tim focuses his attention on the continued enhancement of GroupM’s unrivaled talent community, engaging with the best mind…