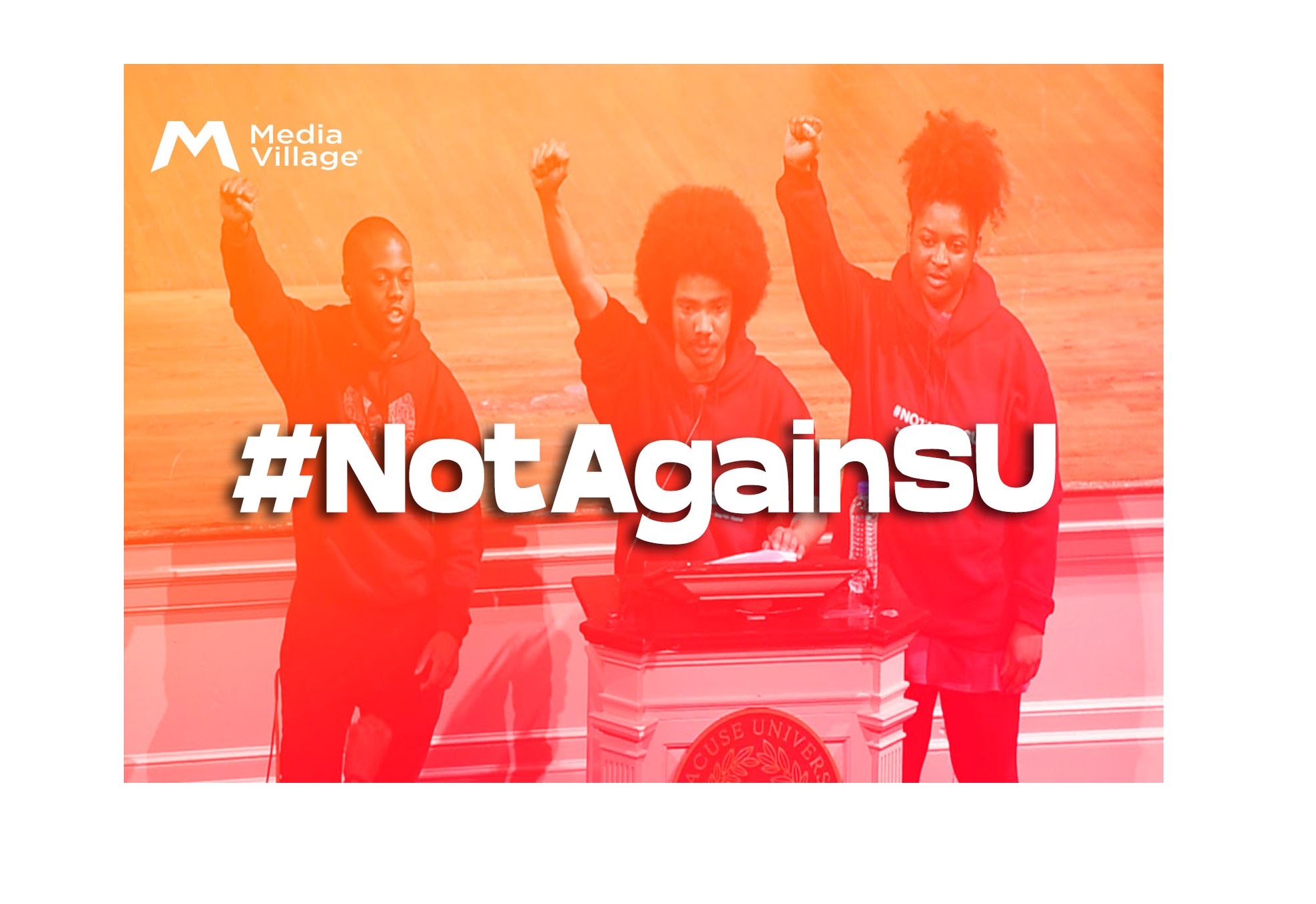 Over the past two weeks, Syracuse University has reported more than 11 hate crimes and racial incidents. These events included derogatory graffiti, verbal assaults, and the sharing of an alleged white supremacist manifesto. As a result, a black-led community of student organizers formed the#NotAgainSU movement as a way to mobilize our campus, bringing awareness to and disruption of the systematic racism that plagues not only Syracuse University's campus, but also college campuses all over the country.

It started on November 7, when two floors in freshman residence Day Hall were vandalized with hateful and traumatic language directed towards black and Asian students.

I was proud of how quickly students mobilized. I chose to attack the problem from a different angle and immediately started emailing administrators, alumni, and faculty I have personal relationships with. My goal was to ensure that we all properly pursued tangible actions to support our students of color.

Although the word of #NotAgainSU had spread around campus, there was a great deal of confusion as to why the administration failed to properly inform the student body about the hate crime. Worse, it was reported that the Department of Public Safety instructed students in Day Hall to put away their phones and stay quiet about the incident.

Students then felt they couldn't trust the officers placed on campus to protect them, so they took matters into their own hands and organized a sit-in at the new Barnes Center. They refused to leave until Syracuse University Chancellor Kent Syverud met their list of demands, including mandatory diversity training for staffers and a zero-tolerance policy for harassment.

Once I saw the #NotAgainSU movement publish their list of demands, I knew that our community was tighter than ever, tackling administration from every angle, while being tactful in our approaches.

Governor Cuomo released a statement earlier this week that aligns with the sentiments of the #NotAgainSU protestors. Syracuse University alum Sam Shapiro told me that he supports the Governor's comments — but added that, after reading the university's 11-page "Response to Specific Student Concerns," he thinks the school won't be committed enough to the students' urgency.

"I do commend the University on its [apparent] desire to address concerns in regard to topics such as Code of Conduct, diversity and inclusion training for students and faculty, student living, and more," he explained. "The problem is … these seem to be long-term, future-oriented resolutions, with most of the demands set to be implemented in the back half of 2020 and 2021. I understand that you cannot change a culture overnight, but there are more, as Governor Cuomo put it, 'strong, swift, just, and immediate' actionable ways to ensure that the student body feels safe."

Over the past few years, the black community at Syracuse University has been systematically disenfranchised and no one is publicly talking about it. Although the #NotAgainSU movement shouldn't need to exist, its presence has ignited, mobilized, and strengthened our community in a way that I've never seen before in my four years on this campus — and for that, I'm grateful.

Courtney Jiggetts, a student on campus and Forbes Under 30 Scholar, believes that this long-standing issue affects students nationwide. "This is not the first time in my five years here that my colleagues and I have been subject to racially-motivated attacks, actions, language [that] are always met with direct opposition and immediate outcry," Jiggetts said. "As a student who recognizes the deeply woven and ingrained racism that lies throughout … our nation, the graffiti was abhorrent, but in my opinion, not threatening. What I am surprised about, however, is the manner and pace at which these incidents are increasing — directly placing students in the face of what I personally perceive to be imminent danger."

Syracuse University has a history of highlighting itself as a leading school for diversity, yet seems to lack the infrastructure to recruit, support, or sustain a diverse student body. Kady Phillips, a recent alum, hopes that the university will implement the changes necessary to deliver on its promises. "Changing the Student Code of Conduct doesn't stop a student whose mind is inundated with racist beliefs and white supremacist ideologies from acting on them in their interactions with peers from diverse backgrounds," Phillips says. "Also, [change] isn't achieved by putting photos of diverse students in marketing materials or by hosting community forums. The university needs to think about what it can do on a curriculum-based level and beyond that will help embed a commitment to diversity and inclusion across the campus."

I attended the forum held on Wednesday night in Hendricks chapel, where Chancellor Syverud and students representing #NotAgainSU negotiated the students' demands. Initially willing to move forward with only 16 out of 19 demands, by 3 a.m. he agreed to all demands. Although our university leader chose to be on the right side of history, only time will tell if the current administration has the capacity to effectively meet the needs of its diverse students. 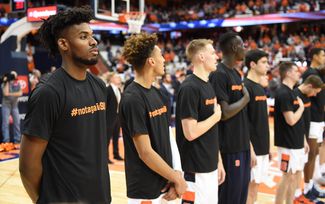 What can brands and marketers learn from Syracuse University and #NotAgainSU? Brands that are more concerned about preserving their ego than supporting their customers risk upending their business. It happened to Gucci, Pepsi, and Syracuse University — and it will happen to your brand, as well if you don't properly understand your customers' identities, pain points, and values, then provide solutions that cater to their growth.

"Incidents like these … show us the value and the dollar sign placed on black and brown bodies," Jiggetts said. "They demonstrate what true allyship looks like between individuals of color and those who are not of color. And they foster a greater sense of comradery between students and colleagues of various backgrounds."

Stories like #NotAgainSU also show us the importance of making sure your brand (externally) and your organization (internally) focus not only on diversity, but also on inclusion.

Learn more about #NotAgainSU from Renegade Magazine and The Daily Orange.