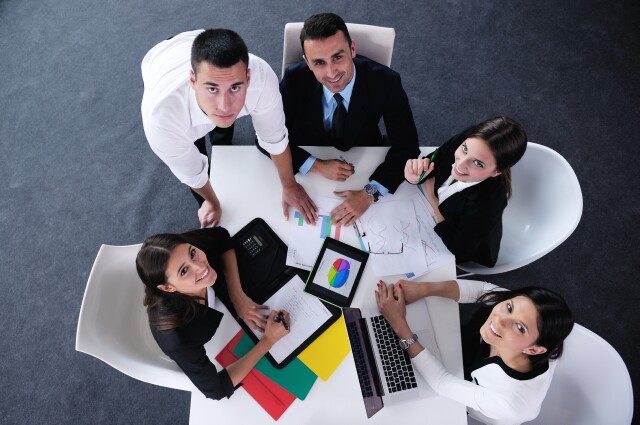 In this edition of Gender News:  Women speak out about gender barriers, Tinder updates its gender options, Columbia's wrestling team is under investigation for sexist and racist group messages and Leslie Knope has a message for girls everywhere.

Because I Was a Girl, I Was Told…

In the days leading up to the election, The New York Times asked women to share their stories of gender bias and barriers and some 1,200 women responded. Read their powerful stories here. A few highlights:

Tinder has updated its gender options in efforts to be more welcoming to the transgender and gender non-conforming communities, Time reports. Instead of being able to only choose "man" or "woman," users will now have the option to click "more," where they can input anything they want, including 40 auto-fill suggestions -- from trans to pangender to two-spirit -- provided in partnership with the GLAAD organization. This change comes after reports of negative experiences, including threats and bullying from other users. "We're really committed to making sure Tinder is a place for everyone. We will do everything we can to make sure Tinder is a safe place," Tinder CEO Sean Rad told Time. "Gender is not binary," he continued. "It's really about how people see themselves and how they feel. And we want to be more inclusive. I hope as a society that we are more inclusive."

Here are the Racist, Sexist Tweets that Put Columbia's Wrestling Team Under Investigation

First Harvard, and now Columbia. Another college men's team is under investigation after student paper Bwog released a batch of racist, sexist group messages shared between members of Columbia's wrestling team, Deadspin reports. They're as disgusting as you can imagine. The university responded by barring the team from attending an open meet and announced they will be launching an investigation, stating: "Columbia University has zero tolerance in its athletics programs for the group messaging and texts sent by several members of the men's varsity wrestling team. They are appalling, at odds with the core values of the University, violate team guidelines, and have no place in our community."

A Letter to America from Leslie Knope, Regarding Donald Trump

Leslie Knope has a message for young girls after the election of Donald Trump: "You are going to run this country, and this world, very soon. So you will not listen to this man, or the 75-year-old, doughy-faced, gray-haired nightmare men like him, when they try to tell you where to stand or how to behave or what you can and cannot do with your own bodies, or what you should or should not think with your own minds. You will not be cowed or discouraged by his stream of retrogressive babble. You won't have time to be cowed, because you will be too busy working and learning and communing with other girls and women like you." Read the full letter, written by a member of the Parks & Recreation writing staff, here.

Donald Trump's Victory is a Disaster for Modern Masculinity

How "Neurosexism" is Holding Back Gender Equality -- and Science Itself

An Era for Women Artists?

Guess Which Gender is More Likely to be Verified on Twitter? We'll Wait.