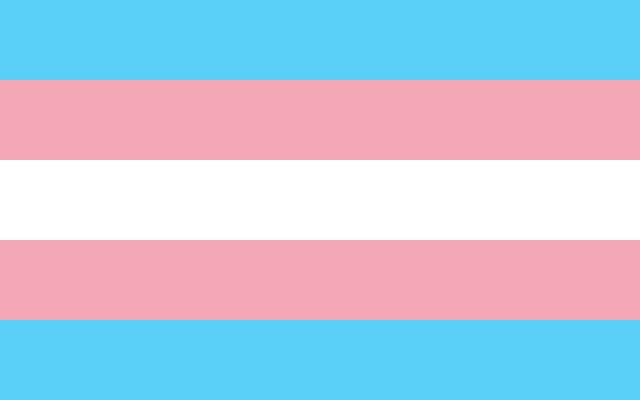 Every year, Pantone announces a much-anticipated “Color of the Year,” spurring excitement in the design and fashion industries; this year, however, the company has announced two “colors of the year” for the first time ever, reports Wired. Rose Quartz (a pastel pink) and Serenity (a soft blue) were deemed the winners and represent “a mindset of tranquility and inner peace,” according the the company, reports Quartz.  The fact that the company chose two colors and these colors in particular is obviously loaded with political intention (see the resemblance of the colors in the image below to the transgender pride flag above). “This more unilateral approach to color is coinciding with societal movements toward gender equality and fluidity, the consumers’ increased comfort with using color as a form of expression and an open exchange of digital information that has opened our eyes to different approaches to color usage that challenge traditional color associations,” Pantone released in a statement. 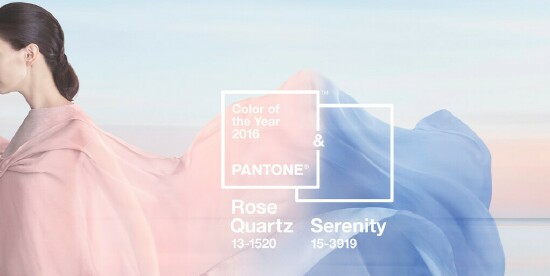 With the birth of his daughter, Max, and the announcement of a new charity initiative, Mark Zuckerberg has been all over the news this week after an open letter from Zuckerberg and his wife Priscilla Chan to their newborn went viral.  Zuckerberg, who announced he will be taking a two-month paternity leave, is among the minority of new fathers (approximately one-third) who take more than a week off work after their child’s birth. Apparently a lack of paternity leave can prove detrimental to the family and mother’s career. “When men spend time caring for children early on, they are more involved for years to come, studies show, while women are able to work more hours and earn higher wages,” reports The New York Times.  Zuckerberg’s very public decision, along with Facebook’s and Silicon Valley’s generous family leave policies, are steps in the right direction in shattering the stigma of paternity leave. Not to mention that the name Max spurs a whole other discussion on the notion of traditional male and female names. (As a young woman named Connor, I can relate.) Let’s hope other companies and high-profile new fathers follow suit.

US Military Opens All Combat Roles to Women -- “No Exceptions”

In a historic announcement on Thursday, Secretary of Defense Ash Carter declared that all military combat roles will now be open to women, a decision that has been three years in the making, Vox reports.  Although positions filled will still be based on ability, the decision means women now have the opportunity to join elite forces such as the Navy SEALs and Marine Corps infantry from which they were previously barred.  Carter noted that the physical differences between men and women, while they don’t apply to every man and woman, will likely limit equal participation.  Vania Leveille, senior legislative counsel at the American Civil Liberties Union told Vox, "No individual who wants to serve her or his country should be forbidden from competing for or serving in any military capacity solely because of gender. Instead, every soldier, sailor, airman and marine should be judged on individual merit and ability."

#SecDef: Today we proceed with opening all remaining occupations & positions to women. There will be no exceptions. pic.twitter.com/LqL1RuMtGD

In an unexpected but inspiring turn, tire company Pirelli, which has for over 50 years published an annual calendar full of photos of supermodels donned in lingerie or nothing at all, has opted for drastically different models: Talented women of art, sports, business and philanthropy, Slate reports. Amy Schumer and Serena Williams -- frequent targets of body shaming -- grace the page partially nude and look absolutely stunning.  Photographer Annie Leibovitz told Vogue, “I wanted the pictures to show the women exactly as they are, with no pretense.” The calendar’s other models include Yoko Ono, Ava DuVernay, Iranian artist Shirin Neshat, Patti Smith, author Fran Lebowitz, actress Yao Chen and blogger/actress Tavi Gevinson.

In a nod to the gender fluidity movement, Calvin Klein -- long known for its progressive advertising -- has released the “gender-free” fragrance CK2, a sequel to its “unisex” fragrance CK One, Oxygen reports. CK2 will be out in February and “embodies the thrill of life and celebrates the diversity of connections between two people,” according to their marketing arm. "We are targeting a new generation that values authenticity and fluidity in their everyday lives, and CK2 encapsulates this in every facet of the brand, whether via the scent, packaging, or campaign creative," Camillo Pane, Executive Vice President of Product Development, told Oxygen. The ad for the fragrance (below) is just as daring, portraying hot young lovers of differing genders and sexuality.

In an article last week, The New York Times for the first time ever used the gender-neutral pronoun “Mx.” -- in place of “Mr.” or “Ms.” -- to refer to Senia Hardwick, a staff member at New York bookstore Bluestockings “who prefers not to be identified by gender pronouns,” Refinery29 reports. Similarly, The Washington Post recently announced that it will allow its writers to use “they” in a singular format to refer to people who do not identify as male or female. “Mx.” made headlines when it was officially added to Dictionary.com earlier this month. The Times’ associate editor for standards told Refinery29 that while “Mx.” will be used on a case-by-case basis, no official guidelines are yet in place.