Gender News Weekly: Barbie is for Boys, Too 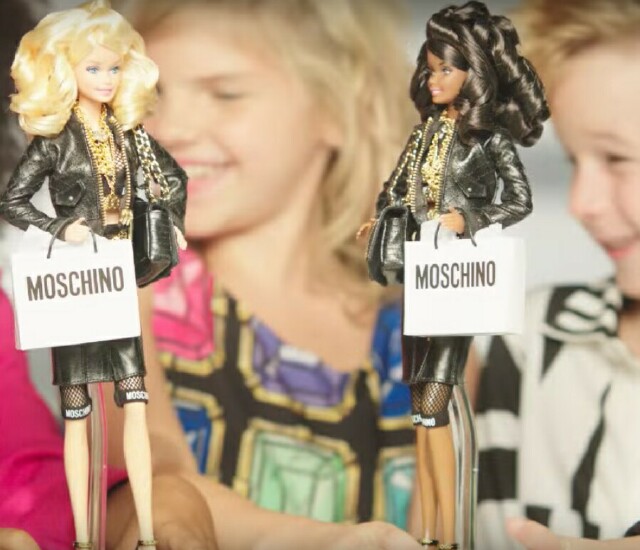 "Inspired by Jack Myers’ upcoming book “The Future of Men: Masculinity in the Twenty-First Century,” this is a weekly blog series focused on gender equality, gender politics and the shift in gender norms in business and culture. Read on for this week’s news roundup."

“So far the gender revolution has been a one-sided movement,” began a New York Times Sunday Review piece by two researchers from the DC-based think tank Brookings Institution.  Women, the authors continue, will continue to succeed in business and politics; however, along the way, “something crucial has been left out” -- an equal push for men to take on traditional female roles in “pink collar” jobs and in the home.

Are We Ready for a Serious Men’s Movement?

According to the authors, as traditional male-dominated manufacturing jobs decline and men are no longer the sole breadwinners, they have lost both their economic and social status: “The old economy and the old model of masculinity are obsolete. Women have learned to become more like men. Now men need to learn to become more like women … Men must either adapt or be left behind.”

The gap begins in education, where girls outperform boys at every level, partially due to better study habits and attention spans; in addition, women are now the majority on college campuses, earning about 60% of degrees.  With a labor market that increasingly requires secondary education and is becoming more female-friendly, women will advance steadily in the workplace, leaving younger men behind.  While there has been a push for women to enter male-dominated STEM jobs, the reciprocal is not true: “It is equally important to train and encourage men to take jobs that require skills in health, education, administration and literacy, so-called HEAL jobs.” Men also need to step up in the home, the authors assert; right now, men still do an unequal share of housework and childcare, but as more and more women become equal or primary breadwinners, policies like paternity leave become crucial and men must be willing to take more time off work. “The way forward, we believe, is for men to embrace and adapt to the new, more androgynous world. There is no point in harking back,” the authors conclude.

If you want to leave more about this issue, check out The Future of Men.

For the first time ever, there is a boy in an advertisement for Barbie, contributing to the conversation of gender-neutral play and striking a cord with consumers, Bustle reports. In the ad, which is for the high-fashion Moschino Barbie, two girls and the boy dress up the designer-clad doll, proclaiming how much they love her. “Moschino Barbie is sooo fierce!” exclaims the blonde-haired boy with a wink.  While the advertisement is certainly campy, it reflects a shift to gender-inclusive toys and clothes, like Target’s recent decision to remove gender-specific signage in their toy aisles. Barbie is now fair game for all.

International Men’s Day was yesterday, striking a debate of whether or not the day should exist at all. Social media users had much to say, triggering #InternationalMensDay to become the top trending topic on Twitter.  While many expressed backlash and more negative commentary, claiming because of pervading male privilege “men’s day” is actually “every day,” some users and media outlets chose to focus on real, male-specific problems, like mental health and the fact that 75% of suicides are committed by men, making it the No. 1 cause of death among men between ages 20-45.  Author and philosophy professor Christina Hoff Sommers focused on what she calls “The War on Boys” -- the fact that boys are falling behind in every level of education and are much more likely to fail out, more likely to get suspended and less likely to attend college. In school, she says, “Boys are treated like defective girls.” UN Women and Emma Watson’s HeForShe campaign asked their followers to look at International Men’s Day from a feminist perspective, writing, “Gender equality isn’t just a women’s issue. Feminism benefits men, too.”  While the Twittersphere was certainly filled with countless hateful and counterproductive remarks about the day, many users, social commentators and gender equality campaigns were able to use the day for positive messaging and meaningful discussions.

Women are Closing the Gap in Entrepreneurship

In additional to International Men’s Day, yesterday was Women’s Entrepreneurship Day -- a day much less controversial.  Held at the UN, the second annual event, “a movement to empower, celebrate and support women entrepreneurs worldwide,” brought speakers from around the globe and was celebrated in 144 countries, making #WEDO2015 a trending topic on Twitter.  According to a recent CNBC report, women around the world have narrowed the gender gap in entrepreneurship by six percent from 2012 to 2014.  Entrepreneurship is increasingly tied to economic development according to the report. "Statistics show that when women are provided with economic opportunity, 90 cents on the dollar goes back to their families," entrepreneur Wendy Diamond told CNBC.

Leaders from foundations across the country gathered at the White House late last week for a forum on “Advancing Equity for Women and Girls of Color,” reports NBC News. Addressing prevailing issues for women and girls of color, such as limited economic opportunity, vulnerability to violence and access to health care, the forum’s council laid out steps to combat these issues.  Twenty-four American colleges and research institutions, including The Anna Julia Cooper Center, have pledged to conduct ongoing research -- a total of $18 million in voluntary commitments over the next five years. The forum also launched “Prosperity Together,” a $100 million, five-year funding initiative led by the White House, aimed at improving economic conditions for women, especially girls of color.