Getting Calm: Lincoln Builds a Sense of Sanctuary, with Partners 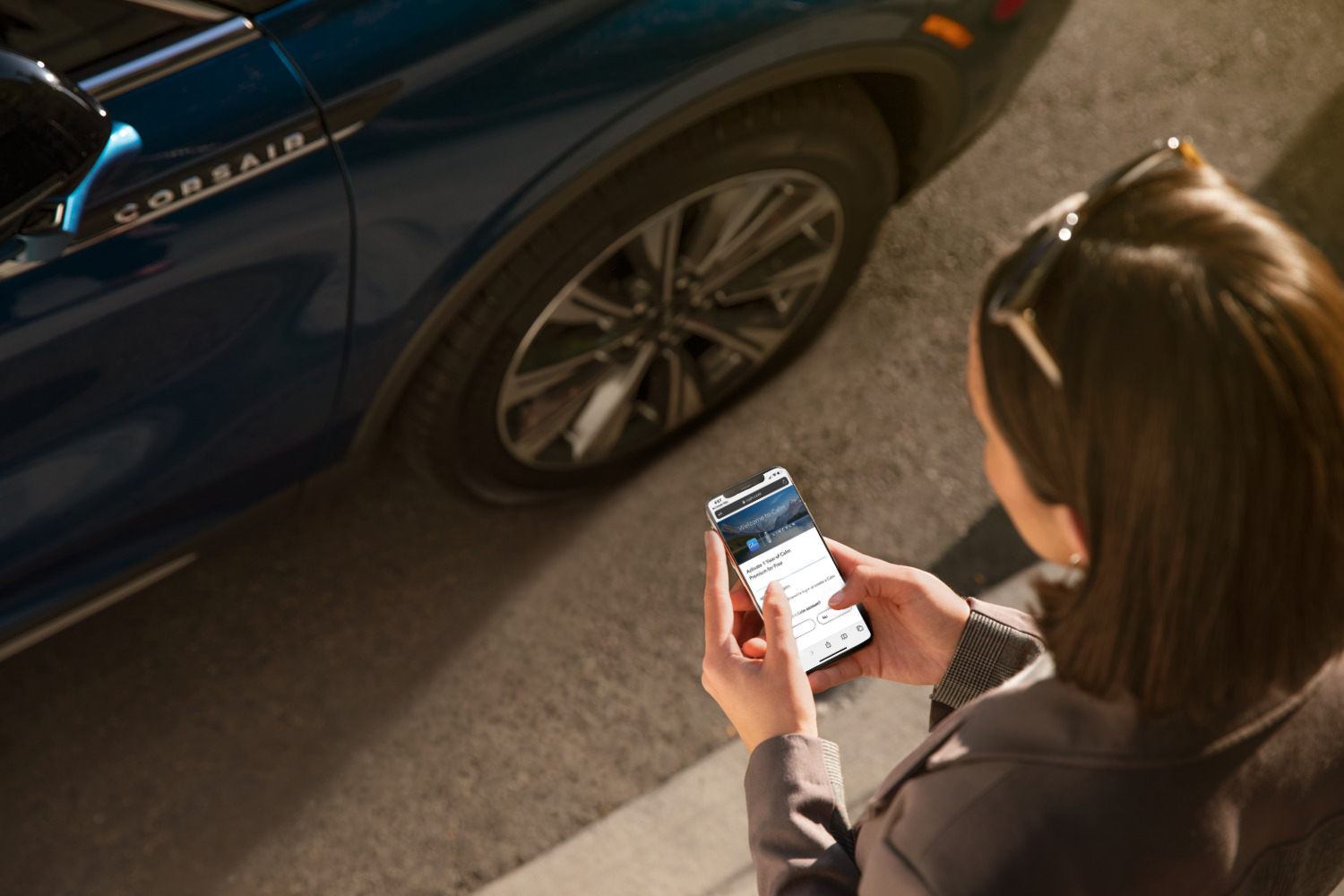 The Lincoln brand's collaboration with the fast-growing mindfulness and "mental fitness" Calm app predates COVID-19, but the idea of reducing stress and anxiety—including while at the wheel—works so well during the pandemic that on August 12 the two announced a deepening partnership.

I attended a Lincoln marketing event at South Street Seaport in New York in the summer of 2019, and journalists there received a trial subscription to Calm. Also—and remember this is before COVID—the company was already talking about the car as a sanctuary from the world. "The Power of Sanctuary" was a Lincoln phrase last fall, when it appeared in "Warm Escape," a Lincoln ad featuring spokesman Matthew McConaughey:

And here's another pre-COVID spot, with full focus on sanctuary:

Calm fits into all of this. Lincoln surveyed 1,500 consumers, and 97 percent said they found the Lincoln and Calm mindfulness experience to be positive. Here's one scenario: Sit in your Lincoln with the Calm app for three minutes and get focused before starting your day.

Lincoln owners (model year 2000 and up) can now get a free one-year subscription to Calm through the Lincoln Way app. "We had other interactions with Calm, some pilot programs in multiple cities and trial subscriptions for dealers, but this is our first true partnership," said Eric Peterson, Lincoln marketing communications manager. "Our relationship has been organically building."

Other actions taken by Lincoln left the brand well positioned for COVID, including free pickup and delivery for servicing. That was dictated by the desire of luxury customers to avoid the crowded waiting room, but it had benefits when people have other reasons for staying out of the dealership. "We were able to pivot quickly when the pandemic grabbed hold," Peterson said. "We quickly did a spot focusing on pickup and delivery." 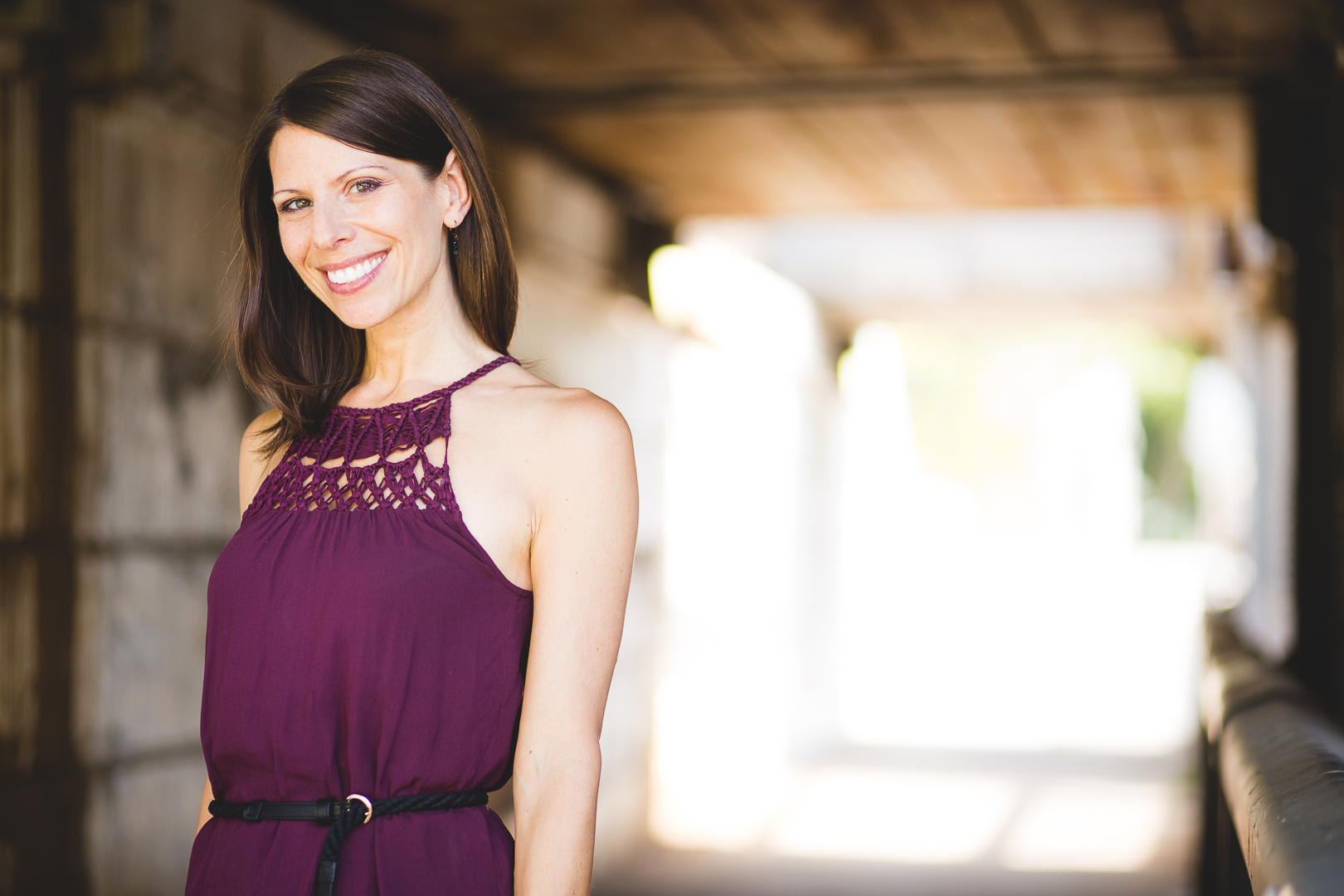 It's not surprising that American motorists want an oasis from a dangerous world. "It's about how you feel when you get into your car," Peterson said. "A perfectly positioned seat, just the right tactile feel to the buttons."

Also August 12, Lincoln and Calm rolled out a long video conversation moderated by Elise Loehnen of the like-minded Goop, and including McConaughey (pictured below right), Lincoln North America Director Michael Sprague (pictured below left), Calm's "Head of Mindfulness" Tamara Levitt (pictured above), and meditation guide (and neuroscientist) Nkechi Deanna Njaka. It began with a long meditation guided by Levitt. 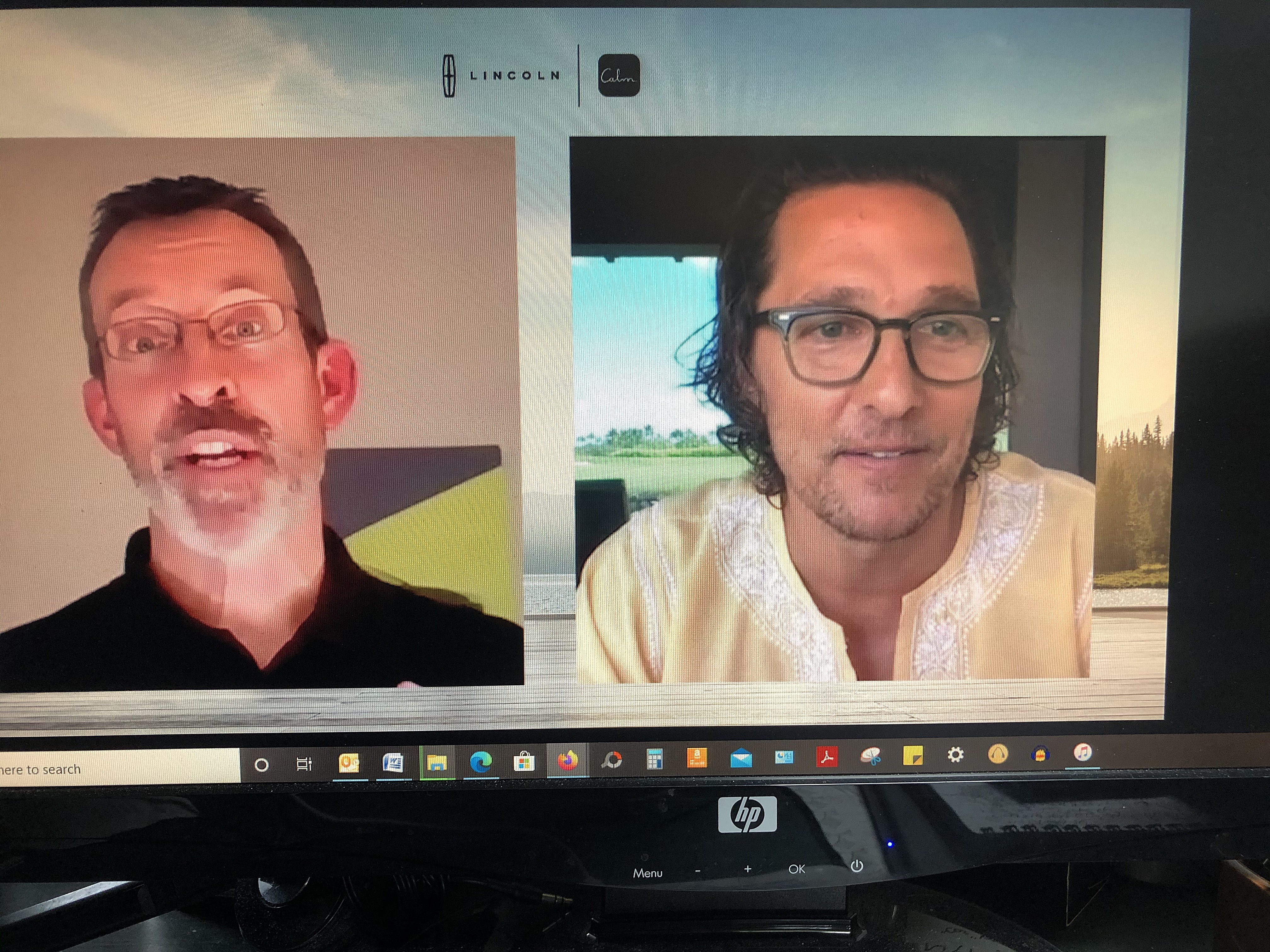 Calm's presentation is notably lacking in new age lingo. It's quite business oriented, pointing out that more than a million people call in sick daily because of work-related stress. Obviously, those numbers have skyrocketed during COVID. The fact that they're calling in about remote work doesn't matter that much; it's still a productivity issue. Calm claims it can help people sleep better, reduce stress, build resilience and relax body and mind.

Business partners include, in addition to Lincoln, American Airlines, GE, Uber, Samsung, American Express, Apple, 3M, Kiehl's, XpressSpa, and more. In recent days, Calm has seen daily downloads doubling and a steady increase in usage across its platform, with users gravitating toward Daily Calm and Sleep Stories. Calm's app includes the option of falling asleep to McConaughey reading a bedtime story, something Calm-ers have done more than two million times. Other readers include Harry Styles and Laura Dern.

On the August 12 conversation, Lincoln North America Director Michael Sprague said the partnership with Calm (as well as recent design initiatives in the new models) grew out of "deep research with our luxury customers. We have horizontal design cues, because they promote calm. We have 30-way perfect position seats that conform to your body. We have a unique lighting sequence, and instead of an annoying beep we have special chimes—created by the Detroit Symphony—when you start the car, leave the fuel door open or drive without your seatbelt. We have air purifiers and aromatherapy."

Sprague said in a press release announcing the Lincoln/Calm partnership, "The sense of sanctuary and wellbeing are core to the Lincoln brand and everything that we do for our clients."

Last year, the company also announced a partnership with furniture designer Herman Miller, seeking fresh eyes on the question of seat comfort. At the Seaport event last year (before COVID!), Kemal Curic, Lincoln's chief designer, told me, "I like an airy, open cabin…And we emphasize quiet, wanting the car to be open to the outside world but also a sanctuary from it. We want you to emerge feeling rejuvenated and decompressed."

All of these features are attractive to buyers in the absence of COVID, but the pandemic enhances their appeal. And who doesn't want to be more Zen? Sprague, asked about his personal meditation, said he works with an east coast team and so gets up early to see "the sun coming up over the mountains. It's about appreciating the little things that passed us by before."

McConaughey, by the way, makes a strong case for gaining wisdom from the pandemic. He thinks that some of our present behavior, which we might think of as temporary (think working at home, Zoom meetings) will turn out to be permanent. "When we come out of it, we need to integrate what we learned from this time," he said.