Good Girls Don't Revolt, or Do They? 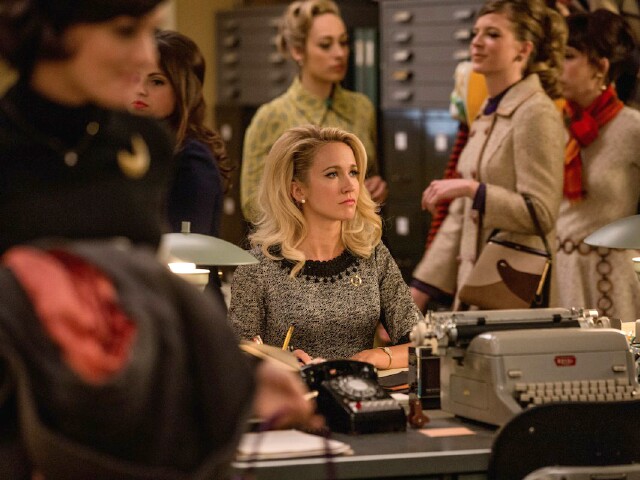 When Nora Ephron graduated from college, all she wanted was to become a writer.  She applied at Newsweek, but was refused. In the '60s, women couldn't possibly write for Newsweek, said the men who wrote for Newsweek. Women were qualified to be mail girls or secretaries, or researchers at best. They certainly were not meant to write copy.  So, Nora became a mail girl. Oh, and then she went on to receive three Academy Award nominations for screenwriting, to win a BAFTA for writing When Harry Met Sally (my all-time favorite movie), and to write eight best-selling books, two plays and countless articles and essays. She showed them, didn't she?

Sadly, Nora's gone now, but lest we forget the reality of being an ambitious young woman powerless in the vortex of rampant sexism at work, there's a fantastic series streaming on Amazon to remind us. Good Girls Revolt dramatizes the true story of talented young women just like Nora who were hired for nothing more than to make men -- the real professionals -- look good. (Series star Anna Camp is pictured at top.) Though Newsweek executives did not recognize these women as reporters, they did, in fact, do the reporting, the investigating, the researching and often the writing. Then, they watched as men put their names on their work and sent it to press. The wage gap wasn't on the radar in those days, but the dismissiveness, discouragement and devaluation is overt, and the huge pay disparity must have been galling, too.

You know where this is going because it's not like that anymore (sort of). Our generation has progressed only because of the plight and the fight of legions of bold working women before us. "Girls" who got fed up and demanded recognition as sensibly and politely as women of the day were raised to be. These "girls" wanted their voices heard, and in demanding their due started a revolution.

In my funk since the events of November, I've gone on a headline diet and instead have binged on Good Girls Revolt.  It gives me hope, oddly. Women banding together to disrupt the conventions of society and fighting for equality before the radical concept of gender parity existed. Though the story is set in 1969, the message has never been more timely.

Oops!  It's just been canceled!

Even though Amazon's show is highly rated (four and a half stars), critically acclaimed and was reported to be one of the strongest debuts of the season, Amazon Studios chief Roy Price apparently just "wasn't into it," according to a Good Girls Revolt executive producer.

Why does this matter? Because Good Girls Revolt is one of the few shows coming out of Hollywood to be conceived, produced and run by women (and feminist men) with a stereotype-busting message of women's skill, will and grit.  And then some guy goes and kills it, like a meta-plot point from its own script.

It matters because we owe a debt of gratitude to the women who risked everything so their daughters would have more opportunity, more respect and more economic independence than they did. Clearly, we haven't achieved total equality, but Good Girls Revolt is an entertaining benchmark of how far we've come.

Watch the show before it's gone. And if you're so moved, please join the movement to save it.  #savegoodgirlsrevolt.