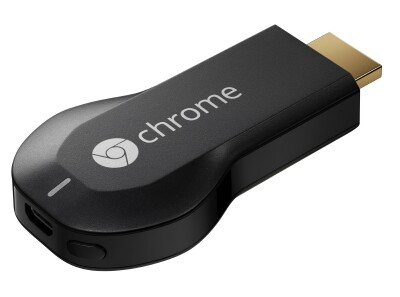 When a company as mammoth as Google releases a quarterly state of affairs, a.k.a. an earnings report, a crucial factoid or two can get lost in the reporting. Consider: For anyone managing a Web site, smartphone or tablet application, two factoids from Google's latest report last week better not be lost.

Factoid one: Google Chromecast, the $35 plug-in device that turns a TV set into one capable of watching or browsing the Web, playing video games without an expensive Playstation, XBox or Wii console and potentially so much more besides checking out the latest episodes of favorite TV series, passed one billion views in just under 18 months of existence. One billion views. Let that penetrate your cerebrum.

What's more, approximately half of that total happened since last March.

Connect these factoids, and they add up to the latest example that we the people are accepting a world where we can do far more with our TVs than passively watch. As the number of consumers with smart TV sets dramatically increases, and with every major set maker offering them, and with the capacity and capability of what these sets can do rising, more than 10 million people use Roku in some manner (set-top box, streaming stick or TV set) to access more than 2,000 channels, games and apps. Chromecast rises on the appeal meter, Amazon Fire TV is picking up steam, and Intel will enter the field next month with Compute Stick which brings Windows 8.1, Linux and its variety of apps to the TV set. (Check out the recent Tomorrow Will Be Televised episode about Compute Stick.)

Meantime, the more you check in with executives from Netflix, Hulu or Amazon about how their original series are doing, the more they acknowledge that an ever-larger chunk of their audiences view their work, whether House of Cards, The Awesomes or Transparent, on TV. That's TV, people. Not the PC, smartphone or tablet. Is it any wonder why all three are dramatically increasing the number of original series under their wing? Or why Yahoo, YouTube, Buzzfeed and other video/stream-centric Web sites will plunge into the scripted series universe later this year?

It's more than fair to conclude that in the very near future, we the people will extend our satisfaction with Internet-originated programming to using Web sites via our TV. We’ll be transacting for merchandise on TV through our remote control, smartphone, tablet or voice/body functions; or connecting with a doctor or reservation agent through the TV; or using the set to monitor and control other aspects of our house or apartment from room temperature to the front door. Witness Samsung's International CES news last month of placing sensors inside its TV sets by 2017 and spending $100 million on sensor-triggered services.

So all you Web sites from Trip Advisor to Carfax, all you smartphone and tablet apps out there now, coming soon or developing in an entrepreneur's basement, listen up. Check out where this marketplace is going. Don't dismiss what smart TVs and devices like Chromecast are generating now. Don't wait to make your sites and apps TV-usable. Start now, and if you're in development, incorporate this possibility now. You may be on a better course if you do, and pay dearly if you don't.