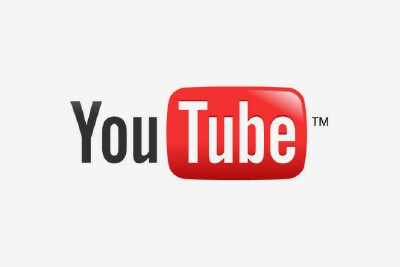 The recent Google+ Hangout was billed as an “insights jam” discussion of YouTube moderated by Managing Ad Director for Google and YouTube Tara Walpert Levy and included Rob Norman (GroupM), Evan Ellman (Anheuser Busch), Allison Stern (Tubular Labs) and Josh Spanier (Google). As it ended, I realized that the trends propagated by YouTube -- from “YouTube celebrities” to program memes to reinforcing the value of major brands -- have the capacity to upend our industry little by little. Read on, traditional media mavens, and quake.

YouTube has been a game changer in the world of video content and continues to change the rules through its innovations. The entire notion of celebrity and the dominance of big brands for attention have been disrupted by YouTube’s easy-to-do and cost effective self-promotion, especially among younger viewers. And YouTube is a full media company -- Levy noted that “YouTube ads are better and more impactful every year.”

Where is the YouTube impact the greatest? Here are my top areas of disruption:

The concept of celebrity among younger viewers is very different from previous generations. Rob Norman pointed out that the Variety survey in August of top talent contained many YouTube stars. “There is a demand among younger people with more relatable talent instead of superstars,” he said. “The era is giving way to a more democratized form of talent. There are the social aspects of YouTube and the flexibility to transfer and share.”

There is impact from the “relatable nature of the new celebrities where viewer engagement different from anything we have seen before,” Levy noted.

Josh Spanier identified two trends this year. “If you want to reach millennials, this is the year you can discover talent and enable careers to happen,” he explained. “It is a transformation (of celebrity). Talent is coming out of the younger generation and a lot of brands have recognized that. Having VICE news in your corner is better than having traditional news in your corner, at least among young people. And on the technical side I am amazed at growth of real time video. RTB for video is up 50% year to year and is equivalent to programmatic. Brands are getting smart of getting ahead of advertising opportunities and technologies.”

Content creation, control and curation are shifting. Spanier spoke of the “new modes of production which work at a different pace and speed. It changes the paradigm. It has to be authentic and connected to me and someone I can relate to. Give up control and understand the pace that we are moving. You need to approve ideas and let things run.”

Unlike traditional media, the YouTube ecosystem has content memes that are at once baffling and amusing. Take for example “unboxing,” which refers to videos where the host un-wraps gifts and shows them to viewers. According to Levy, “Unboxing is one of the hot retail trends. There is an explosion of videos of people unboxing around the holiday shopping period. There are vastly accelerated results in a campaign.”

Stern suggested that content providers consider “the time of day that their audience is engaged -- such as [when a woman is taking off make up] – and be part of that conversation.” It can almost become programming to one based on your personal activity at the time of viewing.

Mobile is becoming vastly more important since, according to Levy, “Millennials are less distracted on the mobile platform than on linear TV. Over 50% of viewership of YouTube is on mobile.”

“Is it possible that more attention is paid to ads on YouTube because they are less diluted by multitasking?” Norman mused. “Pure numbers by Nielsen indicate that TV has not reached a crisis point but on an attention basis the numbers may look different.”

Stern said that “there is a huge shift to mobile where viewers are consuming snack-able content to watch when they want to watch.”

But content has to be in context. As Ellman noted, “Is it consumed on a commute? That is different from content you create for the Super Bowl.”

Ultimately the paradigm for media will change as the IP-savvy next generation of viewers and consumers moves into cultural dominance. Those of us following the bleeding edge trends know that the consumer is totally in control. As Norman said, “Content is dictated by the consumer, not the company.”