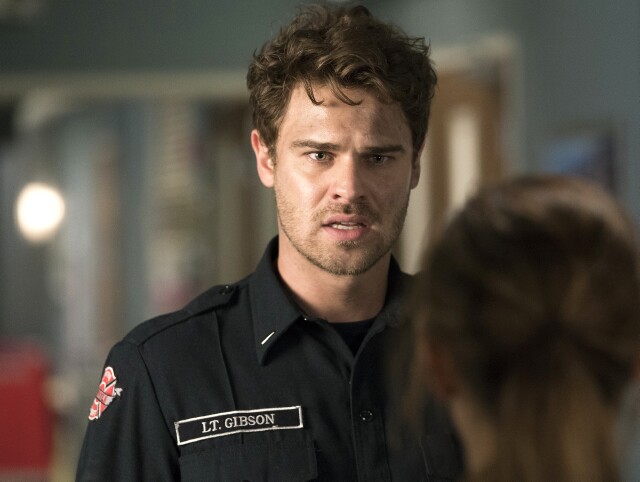 Since making his screen debut as a waiter on The CW’s 90210 reboot in 2009, actor Grey Damon has carved himself a varied resume.  He went on to garner notice in shows like True Blood, Friday Night Lights, The Secret Circle, Star-Crossed, The Flash and Aquarius (opposite David Duchovny) to name a few. Now, almost 10 years later, it's his latest role as Lt. Jack Gibson on the Grey's Anatomy spin-off Station 19 that has the 30-year-old smiling.  Produced by the formidable Shonda Rhimes, Station 19 follows the lives and loves of the firefighters stationed just three blocks from the now-iconic Grey Sloan Memorial Hospital.  "I gotta say there was a huge sense of relief and extreme excitement to be [portraying] a firefighter," Damon told MediaVillage during a recent pancake breakfast on the Station 19 set at which the entire cast mingled with reporters.  "They are true heroes.  Nobody can deny that.

"I've never really had a set idea of what my dream role was," he continued.  "It's [usually] more about me starting to do it and seeing how I respond to the material because you never know, it could have all the pieces that you like and they may not flow the way you want them to … but this show is definitely a dream come true because I'm working with amazing people.  I don't say that lightly.  Every one of these people adores one another and that was deliberate; they made sure to instill a no asshole policy and that's great because it always makes your performance easier when you all vibe."

Before landing the role of Lt. Gibson, Damon told me he actually auditioned for three different roles, knowing he just had to be a part of the then-untitled project in any capacity.  "I went in for the characters Dean, Ryan and Jack," he revealed. "It was probably the hardest I'd ever worked on an audition.  I knew the show was special just from the dialogue.  I hadn't even gotten a full script but I knew there was something there.  The dialogue seemed to just roll off your tongue easier than a lot of other projects might have.  It just felt like a good fit.  In terms of getting the role of Jack, it took maybe about a week to get it all figured out." 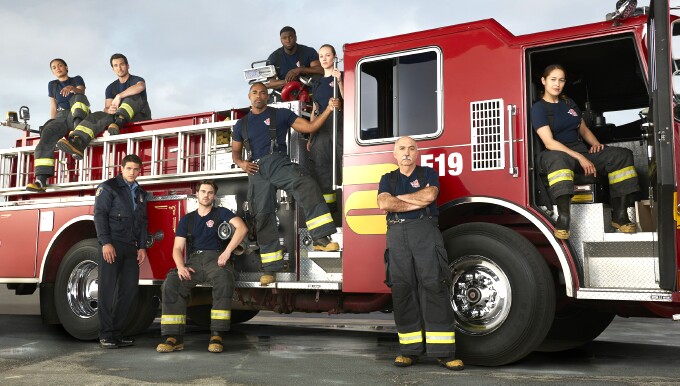 For Damon, that weeklong process felt like an eternity.  "I'd occasionally get calls from my manager telling me that I'd been approved and would be moving up to the next level," he smiled.  "Towards the end, it was like, ‘You've been approved but there's one more person.’  I was like, ‘Come on, you're killing me!’  Shonda was the second to last person I met with, so it all worked out.”

Damon said he jumped at the chance to throw some possible names for the series into a hat along with his cast-mates.  "Honestly, I think with everybody, we were just trying to find something that fit it the best," he said.  "We were all allowed to throw in our ideas.  So it was literally, ‘What bout this?’

"I know one was Blaze Anatomy," he laughed.  "But once we heard Station 19 it made the most sense across the board and how it could be used, what it stood for, so that or something with 19 in there."  Given Shondaland's penchant for steamy shirtless love scenes between its stars, he would have also been fine with my suggestion, More Grey's Anatomy.  "Sure, why not?" he said with a smile. 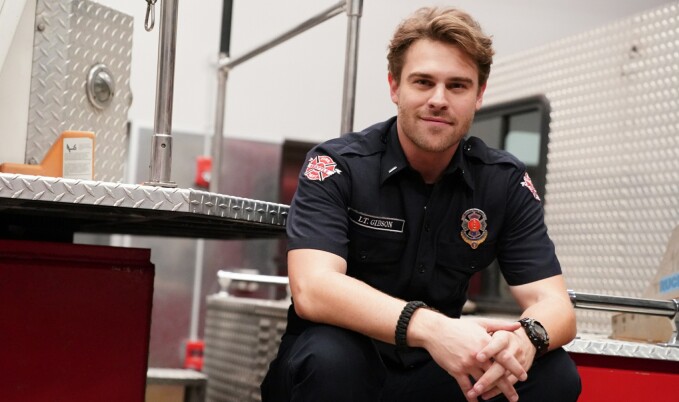 Damon is also thrilled the series is being filmed in Los Angeles, alleviating a move to Seattle (where parts of the pilot were filmed).  "[For me] it's nice because this is where I live and I can drive to work," he shared.  "If I move it can take me a while to get used to sleeping in a different area, so personally it's a really nice perk to be able to get a sound night’s sleep and be bright eyed and bushy tailed for work."

When it comes to the series there's just one thing left on his to-do-list.  “I haven't done [a ride along yet] with real firefighters,” he revealed.  “Honestly, I've talked to them a few times about it but I literally haven't had time.  It's been kind of crazy and when I have had time I've been catching up on rest.  But we've all slid down the fire pole on the set."

Station 19is telecast Thursdays at 9 p.m. on ABC.