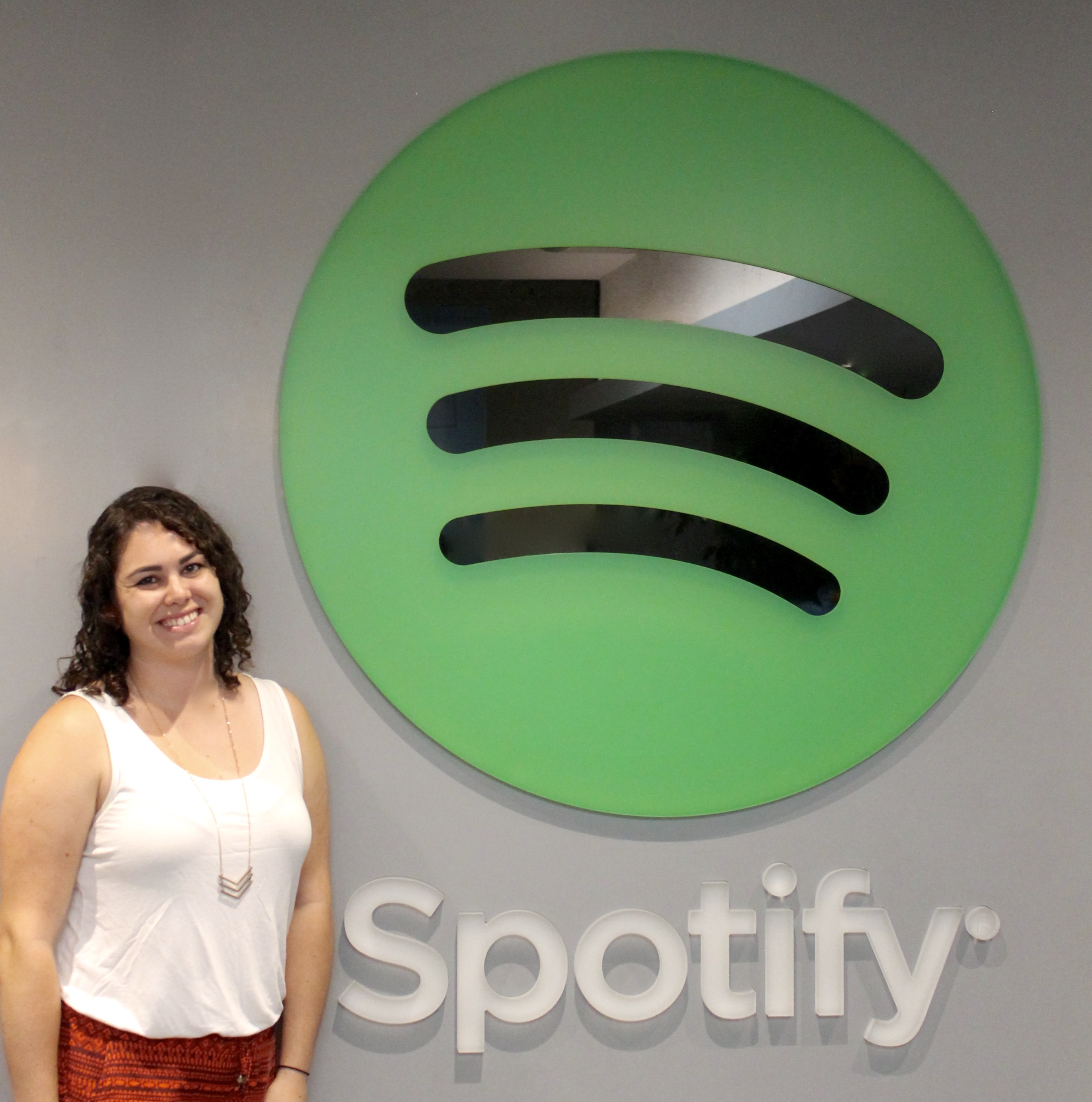 Spotify has a remarkable growth story, and so does Beth Mahoney, Spotify's Senior Client Service Manager. Four years ago, fresh out of college, Beth joined Spotify as an Account Coordinator. She's since been promoted three times, taking on more and more responsibility all while the New York HQ has grown from an office of 100 employees to around 600.  She's moved up, moved offices and seen the platform swell to upwards of 100 million global users.

As a Senior Client Service Manager, Beth manages an east coast team of four, helping advertisers and brands best utilize Spotify's advertising opportunities and run impactful campaigns. As streaming has taken off, Beth's focus has been to communicate to brands the value of Spotify's engaged audience, which she admits can be challenging for clients who are accustomed to traditional radio. "We have to constantly remind them that our users are on demand," she says. "They choose when they want to listen, and if they're listening, you should be there."

Even before it launched in the US, Beth had her sights set on Spotify, both as a product and a company at which she could see herself building a career.  After studying abroad in Copenhagen for six months -- taking marketing courses at the Copenhagen Business School --  she quickly became an avid user, turned on to the platform by her Danish classmates and fellow exchange students. "I was like, 'What is this magical thing?'" she jokes. When Spotify hit the states the summer before her senior year, she was one of the early adopters, urging her friends to download and sharing her playlists to get them hooked.

With graduation approaching, user soon turned job hunter. While finishing up her marketing degree at Bentley University, she received a piece of key advice from her career advisor that kept her laser-focused on the streaming company. "You don't realize in college that, in marketing, you can go anywhere and do pretty much anything, which is daunting when you graduate," she says. "The best advice I got from my career counselor was to make a list of my top five dream companies and really focus my energy. Obviously, Spotify was No. 1 on that list because I was a user." When her advisor introduced her to a Spotify recruiter, she jumped at the opportunity. "In about a week, I had already gone through three interviews, and then two days after that, I got the offer," she recalls. "It was so crazy fast!"

Such was the nature of Spotify at the time, which was still very much a startup environment. Working on a small team, Beth describes her first position as a "glorified intern role" in the hustle and bustle of a company still defining its brand, product and business goals. "Everyone was on the ground getting shit done, doing whatever you needed to do," she says of the experience.

Because the company had limited resources, early in her career Beth was easily able to take on increased responsibility as she felt more comfortable, allowing her to quickly move up the ladder, transitioning from tactical roles to her current position, which is strategy-focused. On managing a team of other client service managers, she remarks, "I'm in sort of a player/coach role. I still work on accounts. I still have clients but, from my experience doing the day to day, I also help my team think of solutions and make sure they are on the right track."

Outside of the office, Beth has a passion for travel, sparked -- like her love of Spotify -- from her study abroad experience in Copenhagen. She has an ambitious personal goal to visit 30 countries before she turns 30. At the time of our interview, she had just returned from a family trip to Ireland (pictured below) and reflected on Portugal, Barcelona and Amsterdam as three of her favorite vacation spots. With only four countries left to go, she's on track to meet her goal. 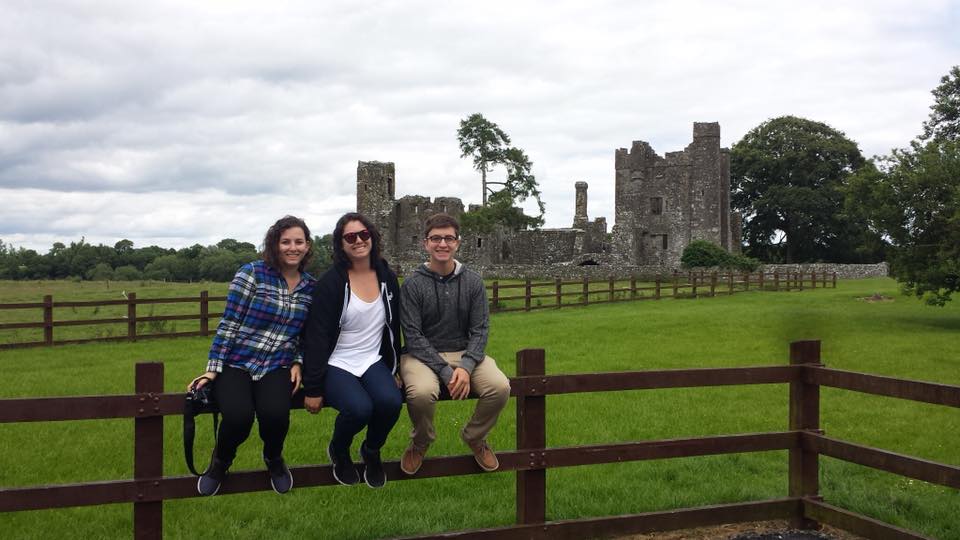 Perhaps not surprisingly, her love of music expands outside of Spotify's walls; she jokes that she's "a huge fan girl." Because she has eclectic tastes, she travels to all types of concerts, shows and music festivals around the country (some even in her own office!). Music is, of course, a huge part of Spotify's culture, and when artists are brought in to perform, Beth can usually be found in the front row.

Her love of all things audio is not limited to music. Recently, she's developed an obsession with podcasts, especially programs about true crime. "That might make me weird, but I can't get enough of them!" she laughs. She's also extremely excited at the prospect of Spotify ingesting podcast content into their catalogue. "I think it's going to be interesting, whether that content brings on new users or whether that shifts our current users' behavior or demo," she exclaims. "A year ago I never listened to podcasts at all, and now I have so many that I can't keep up with them!"

In a way, Spotify and Beth have grown, and continue to grow, in tandem -- an experience that few can share. Embedding herself in the company during its major growth stage, she is now an expert on all things Spotify and a voice of reason for the sales team. To up-and-coming media professionals, she suggests that the best advice can often be found from the person sitting next to you. "Peer-to-peer mentorship has been a huge influence within and outside Spotify," she says. "Being able to feel comfortable and asking questions of people who are at your same level who might have different experiences or thoughts is something to rely on." 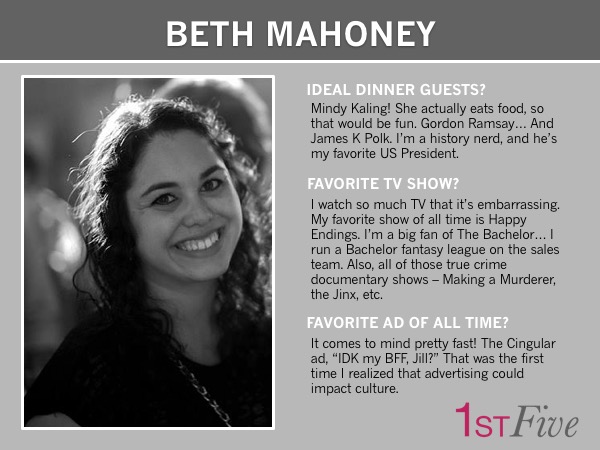