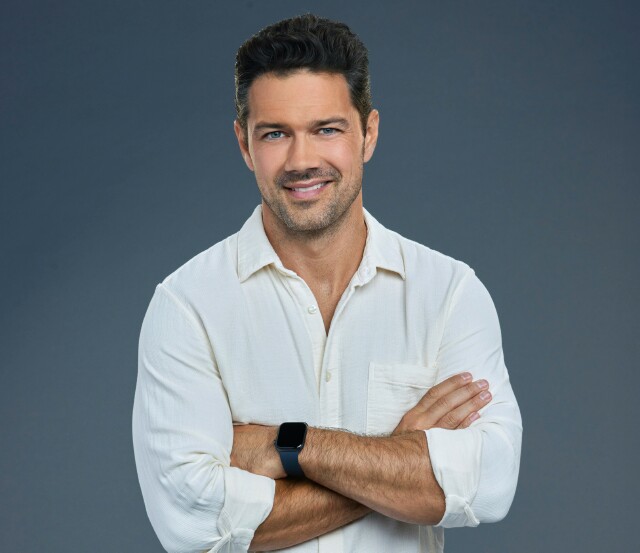 One might think that after receiving the script for a movie titled Two Tickets to Paradise, accepting the role would be a no-brainer, but the story behind Ryan Paevey landing the lead in his latest Hallmark Channel project didn't quite go that way. "I got a call from my manager," he explained in an exclusive interview with MediaVillage. "He loves to prank me and when there's good news, so he will call like it's bad news. He said, 'I know we were getting ready for a film up in Vancouver, but it fell through.' I was like, 'That's cool, I'll stay in my shop and make some silver stuff and wait for their call or e-mail about the next one.' He's like, 'No, wait, they have another one coming, and I think you're gonna be happy with it. Let's go grab a bite.'

"So, we go out to eat," he continued. "I'm pretty comfy these days since I never really have to take my shirt off in any of my work, so I'm eating this super-gnarly deep-dish pizza, shall we say the kind of food that erases all of your good lines, with a beer. I'm hungry, I'm eating! He'd gotten the specifics of the movie that day but elected to allow me to consume pizza anyway. Seriously, I've got a mouthful of inch-thick Chicago-style meat lovers pizza, when he reveals I'm going to Hawaii instead of Vancouver, and the script has shirtless scenes! I'm like, 'Oh, you b$#*ard!' I spent the next two and a half weeks going everywhere on foot as I definitely had the quarantine 15, and dropping weight isn't as easy as it used to be." 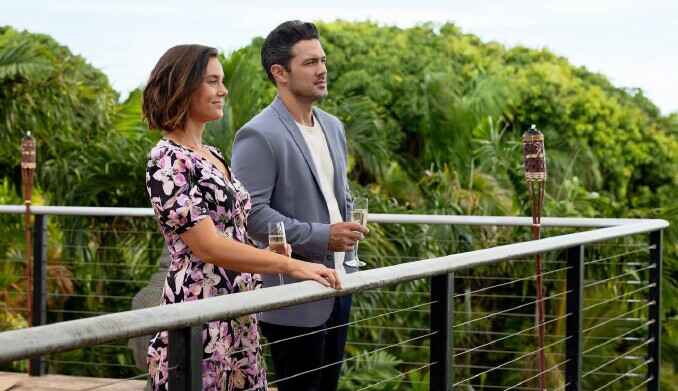 Paevey did achieve his goal for those shirtless scenes, and after reading the script, was elated. "There was surfing in it!" he exclaimed. "I immediately went back and said, 'You absolutely have to let me do the surfing. I don't want to say it's conditional, but let's say it's conditional. I have to be the one surfing.' Eventually, Kenneth Burke, one of the producers, invited me for a surf a few days before filming began. Basically, the network wanted to make sure I wasn't lying and wouldn't have drowned. I brought my own board, we surfed, and that was that. I love the ocean and have been a water baby my whole life."

In the film, Paevey portrays Josh Wyatt, who after being jilted at the altar meets Hannah Holt (Ashley Williams), who happens to have also just been jilted. To move on, both decide to embark on their planned honeymoons -- solo. But when they encounter one another at the same honeymoon resort in Hawaii they accept that fate might be playing a major part in their lives and become 'adventure buddies' to learn from each other and enjoy their vacations. The activities Paevey and Williams got to partake in only added to the joy of making the film. "We got to snorkel with turtles," Paevey recalled. "We did that the same day as the surfing, which sadly cut the surfing short. We kayaked on the South Shore too, which was super fun. And we did a little hiking.

"This was like a dream project for me, pretty much across the board. I got to do all my favorite stuff, and as you will see, it's pretty hideous out there," he added with a laugh. "It's pretty tough to look at. [Those Oahu locations] were glorious."

Despite her character's aversion to some of the activities, Paevey told me that in real-life Williams was down for anything. "Ashley had a blast," he said of his co-star. "We hopped right into the kayak and had a good time. I think she may have been better in the water than me with snorkeling. I find as I get older my cardiovascular health isn't what it once was. I'd be underwater for 30 seconds and have to come up for air. I'll put money on Ashley beating my static breath-hold."

He was also delighted to have Williams by his side, as they're good friends. "She ain't exactly hard to get along with," he laughed. "She's funny as hell and super welcoming. We met last year in Florida doing a convention called RomaDrama that I'm about to go do again. I was a little under the weather, and she was really kind to me at that event. I just knew she was a good human. Then low and behold, not six months later, this film comes along and we're doing a movie together." 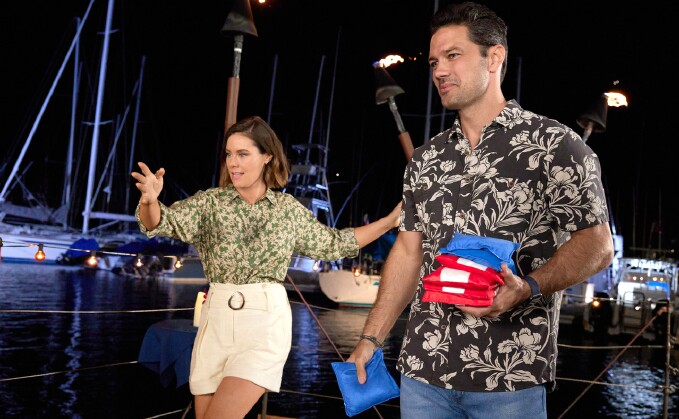 On the subject of fate, a major through line in the film, Paevey is conflicted. "I don't know if I'm a believer per se," he said. "I think our experience is some combination of events stirred by hidden hands, and decisions you make. I [believe] we're all kind of plugged into a system with rules, but things can be impacted by your decisions, and if you choose one path and not another, the outcome is going to be extremely different."

Paevey admits topping this experience with his next Hallmark Channel project may be tough. He's hoping to do a Christmas movie and is thrilled the network has broadened its effort to expand the types of stories told with diverse characters telling them. "Honestly, I know there is a genuine desire at Hallmark to become more inclusive," he shared. "It's more than just lip service. We tell stories you see in real life, and we have to be inclusive -- it's 2022 guys!

"Two Tickets to Paradise is also getting a premiere at RomaDrama this week," he added in closing. "It'll be only the second time in my career I've had a corporate-sanctioned showing of a movie, so this one will be hard to top."

Two Tickets to Paradisewill be telecast Saturday, June 25 at 8 p.m. on Hallmark Channel as part of their annual Summer Nights programming event.