Hallmark Holidays: With 41 Movie Premieres, It's Once Again Looking a Lot Like Christmas 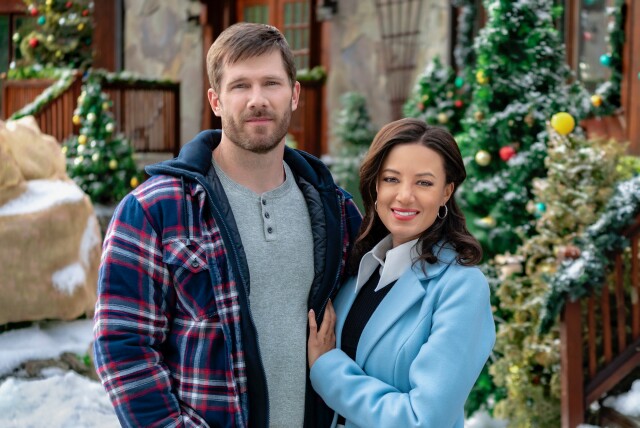 Christmas may come only once a year, but it always comes early for viewers of Hallmark Channel and Hallmark Movies and Mysteries, and 2021 is no exception. Hallmark Channel kicks off the holiday season celebrations Friday night with the launch of their annual "Countdown to Christmas" programming event, followed by the start of Hallmark Movies & Mysteries' returning "Miracles of Christmas" event on Saturday. With 41 original holiday premieres across all platforms (including streaming service Hallmark Movies Now, which will host its own programming event, "Movies & Mistletoe"), the impending holiday season couldn't be brighter.

This year Hallmark Channel is pulling on our nostalgic heartstrings by reuniting some favorite castmates from iconic shows like The Wonder Years (the original), Desperate Housewives and Fuller House, along with beloved movies like Back to the Future. 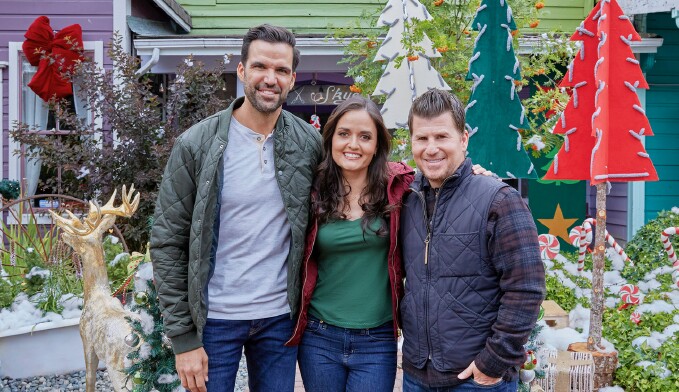 Kicking off "Countdown to Christmas" Friday is network favorite Danica McKellar, who reunites with her former Wonder Years co-star Jason Hervey for You, Me & The Christmas Trees, also starring Benjamin Ayres. (Ayres, McKellar and Hervey are pictured above, left to right.) 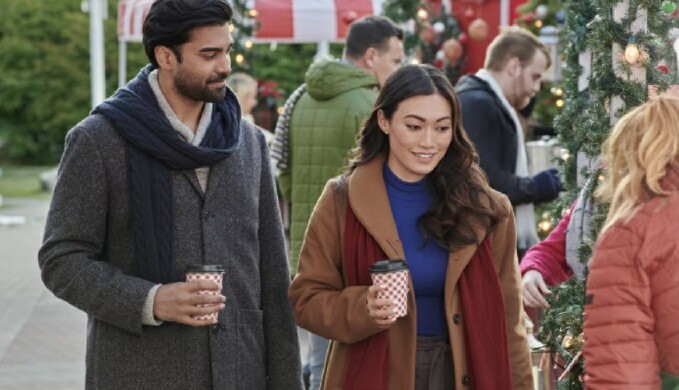 Rounding out the weekend on Sunday is The Santa Stakeout with Tamera Mowry-Housley as a detective, reluctantly partnered with fellow detective Ryan (Paul Campbell), both assigned to solve a string of heists that happen during high-profile holiday parties around town. Joe Pantoliano also stars. (Campbell, Mowry-Housley and Pantoliano are pictured below, left to right.) 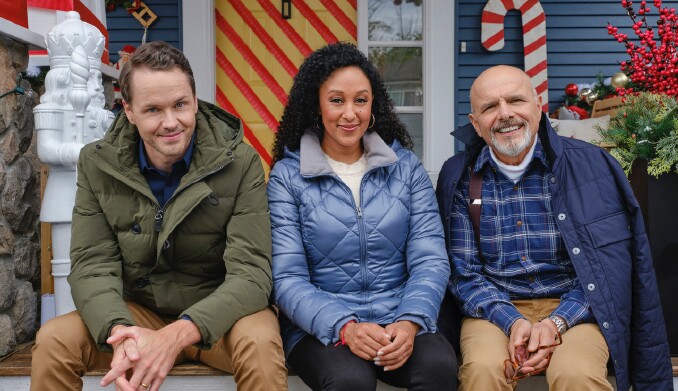 Throughout the next few weeks many familiar Hallmark faces will grace screens including Ryan Paevey, who teams with Janel Parrish for Coyote Creek Christmas on October 30. Holiday favorite Alison Sweeney joins Brennan Elliott on November 12 for Open by Christmas, while Next Stop, Christmas, on November 6 reunites Back to the Future stars Lea Thompson and Christopher Lloyd for another time travel tale as Angie (Lyndsy Fonseca) wonders what life might look like if she'd married a now-famous former boyfriend and finds herself 10 years in the past while visiting her family. Then on November21 there's the epic reunion of Desperate Housewives alum James Denton and Teri Hatcher in A Kiss Before Christmas. The magical what-if tale finds the formerly married Housewives couple together again thanks to a casual wish. Marilu Henner also stars. 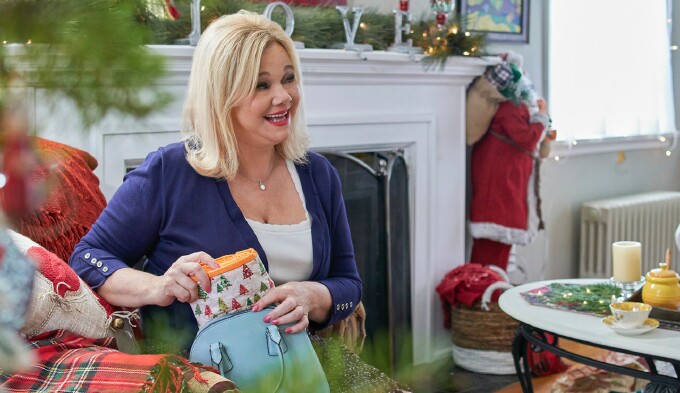 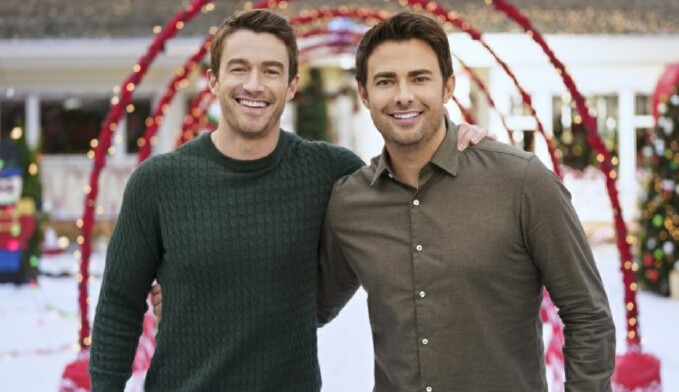 Hallmark Movies & Mysteries has a new Godwinks movie, along with Time for Them to Come Home for Christmas, the fourth movie from executive producer Blake Shelton, based on his song Time for Me to Come Home.

To complete the holiday mood, Hallmarkies may open a bottle of one of Hallmark's successful signature wines or brew a cup of tea from The Republic of Tea's Countdown to Christmas collection.