Hallmark's Catherine Bell Will Be “Home for Christmas Day” 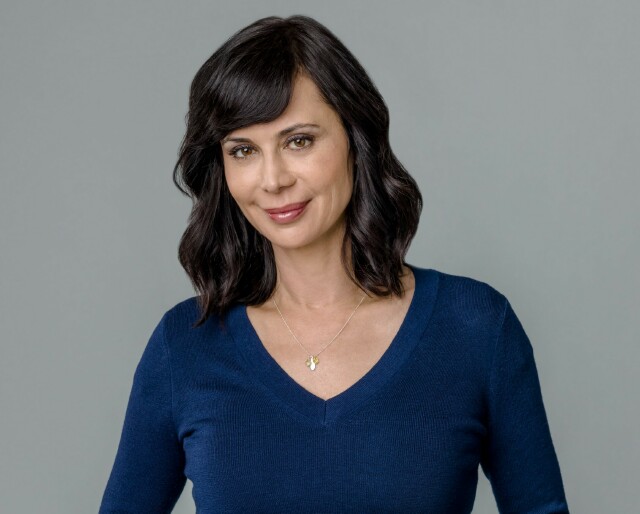 Catherine Bell, star of Hallmark Channel’s Good Witch franchise, switches networks this weekend for the premiere of her latest movie Home for Christmas Day on Hallmark Movies & Mysteries.  She plays widowed Jane McKendrick, protective mother of teenage daughter Betsy (Matreya Fedor), whose focus is to spare her daughter from life’s harsh realities.  Her worst fears are realized when Betsy falls for a soon-to-be-deployed soldier, because Betsy’s father was killed while on active duty when she was young.  Jane is determined that her daughter not experience the same heartache and attempts to persuade Betsy to abandon the romance before she becomes too attached.  For Bell, who had some experience with the subject matter during her seven seasons on the Lifetime series Army Wives, the experience was a personal one.

“I’m so excited about this,” Bell (pictured at top and below) recently told me.  “One of my dearest friends [actress] Jennifer Aspen came up with the story and was also an executive producer on it, so we got a chance to work together.  I’ve known her for maybe 25 years!

“We started in acting class together,” she continued.  “Her husband [David O’Donnell] was in the same class and was an executive producer also, so we all had a blast.  We kept pinching each other saying we had this idea and now we’re sitting here on set making it and saying these words!” 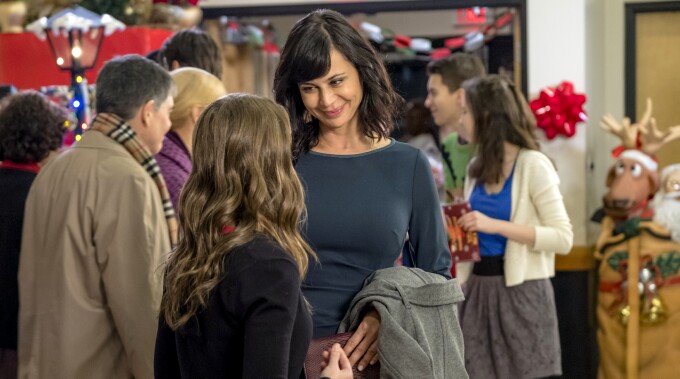 Bell, who also serves as an executive producer on the movie, was thrilled to be working for Hallmark’s sister channel.  “It’s a little different because it will be on the Hallmark Movies & Mysteries channel, so you get to go a little deeper,” she explained.  “With the Hallmark Channel you like to feel good watching something, eating popcorn and just enjoying yourself.  With Movies & Mysteries, you do go on a little more of a journey; one that might have some tears and some ups and downs, and you do worry a little more about the characters.  They tend to dig a little deeper and it was really great to be able to do that.”

According to Bell, Home for Christmas Day is a little different in tone from the usual mystery fare the channel provides.  “There isn’t really a mystery to it per se,” she said.  “It’s more emotional and heartfelt and I found it great to work on because it reminded me of my [own] daughter and some of the stuff we’ve been going through, only in a different way.  “She’s 14 and [I’m figuring out] how to transition from having a little girl to her being a young woman.

“My character has lost love and doesn’t believe in it anymore,” she added.  “The last thing she wants for her as she’s about to go off to college is to fall for a soldier. Jane is trying very hard to control Betsy’s life and make sure she doesn’t get hurt -- only you can’t do that with your children.  You have to let them live, have their own experiences and learn their own life lessons.”

Bell admitted the journey her character takes throughout the film did indeed make her look at her own parenting skills.  While she’s always going to be overprotective of daughter Gemma, she learned a very valuable lesson.  “It did make me look at things like over-parenting and backing off, letting her make her mistakes,” she shared.  “It was a very personal work for me and it’s a really beautiful story.  We are so proud of the work and it really came out great.  I’m so excited to share it with everyone.”

Home for Christmas Daywill be telecast as a part of Hallmark’s Gold Crown Christmas in July programming event on Sunday, July 16 at 9 p.m. on Hallmark Movies & Mysteries.