By Simon Applebaum June 26, 2015 Tomorrow Will Be Televised Archives 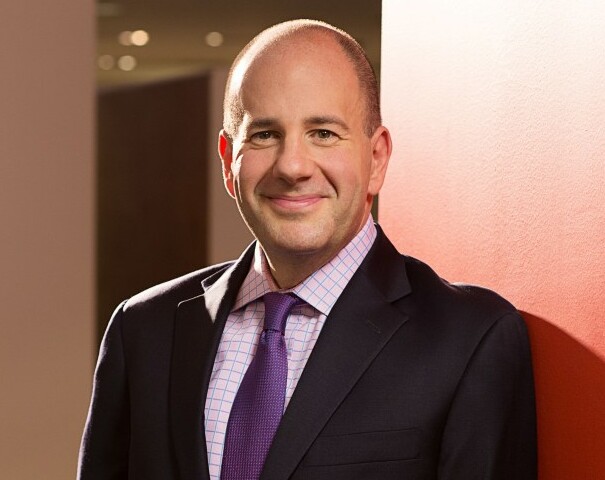 When a senior advertising executive who handles money matters appears at an industry event and speaks his mind in a public forum, as Universal McCann Chief Investment Officer David Cohen did at last week's Online Video Advertising Summit here in New York, everyone should pay attention.

The packed crowd inside the auditorium of the Time-Life Building certainly did. I'm sure a fair amount of those attendees were still contemplating his comments long after Cohen departed the premises. He didn't waste time getting to the tough stuff. A few minutes in, Cohen declared that there's no turning back on the exodus of viewers from broadcast and cable television to digital and online-generated content, whether that content is seen on the PC, smartphones, tablets, smart TV sets or devices that make TVs smart, unattached to multichannel operators.

So what's linear TV to do? Get flexible in content formats, production values, advertising options and pricing. That's the formula giving networks their best shot at holding the audiences they have now and, if lucky, maybe expanding their base a bit.

"The sense is that there's no must-buy in TV today," Cohen observed. "Marketers have options. I hope and pray for the day that pricing is no longer a concern anywhere in media. Netflix, Amazon, Hulu and others are taking more meaningful chunks out of linear TV, and that will accelerate." He then turned wistful for a second. "People like Netflix because they don't have to watch ads. It is what it is."

At the same time, he said, ad-supported digital programmers still have work to do to win over a bigger share of advertising dollars from network and local TV spenders. The latest two-week round of Digital Content NewFronts this spring, despite some drawbacks, did shine a fair light on where the marketplace is headed on original, innovative material. However, to really make waves, this collective of content- makers needs "one-to-three breakout hits" and to deeply "crack the talent marketplace" to prove beyond anyone's doubt "that this is a great avenue," Cohen asserted.

On a related point, Cohen and yours truly part company. When it comes to introducing new content at the NewFront events, Cohen doesn't believe it's so important that these programmers say when their offerings will launch, at least by season (summer/fall/winter/spring), as long as they deliver the info in private. I beg to disagree. If you're going to announce something new in public, it is important to know when it will reach the public. Say nothing, and you raise credibility issues about your ability to deliver the programs among sponsors and agency people who won't have a private meet for reference. If TV networks did this on a regular basis, there would be a lot of angry voices raised in opposition. Yet the majority of NewFront presenters did this with little or no industry reaction.

Maybe the lack of complete digital premiere news is one reason why there were tens of millions of search listings about the Upfronts but just under 300,000 for the NewFronts (as pointed out in a recent MediaVillage commentary by Jack Myers).

Before his departure, Cohen gave his audience and questioner Will Richmond from Videonuze one more nugget. If smart TVs aren't on your radar screen, put them there. "Sony, Samsung, Vizio and the rest of them -- they own the glass,” he said. “This is the next category of innovation we have yet to break out."

Whatever you think of CE Week – which ran from Tuesday through Thursday at the Metropolitan Pavilion in Manhattan's swank Chelsea district -- one thing is clear: It is utterly amazing that the Consumer Electronics Association, which has nurtured this project from day one earlier this decade, was out of the picture. No presence, no promotion among its membership or the public. Please reconsider, and here's why. There wasn’t a single general session about arguably the most important, impactful consumer electronics development of 2015 and perhaps this decade -- the apparent public adoption of smart TVs and devices such as Roku, Chromecast, Amazon Fire TV, Computer Stick and Shield (and a souped-up Apple TV sometime soon). There was time for sessions on wearables, the Internet of Things and smart homes, but not smart TVs? Moreover, CE Week's Your Next TV conference, which could have tackled this in-depth, was hacked from a half-day event last June to just over two hours, and the organizers waited until last week to include a panel involving TV set makers, but concentrating on ultra HD. Also, Roku and company, along with most of the TV makers, were absent from the exhibit floor. It’s time for the current organizers to understand that if they don't transform their CE Week approach, and give CEA some degree of input, they may not be in business next June.

Keep an eye on Pitney Bowes and a new TV project they demonstrated at Pepcom's Digital Experience showcase last week. (Guess where? The Metropolitan Pavilion.) It's a process Pitney calls Personalized Interactive Video, and it's an impressive, personable way for people to pay their bills via the TV screen. Right now, it's a business-to-business project with no timetable for reaching consumers. Nevertheless, multichannel operators and smart TV producers should take an interest in Pitney's direction now. They may have come up with the golden door of making video billing for any merchandise, and perhaps home banking, a universal TV necessity. We'll see.