Have an iPhone 6? Apple says, "Bend Over" - Shelly Palmer 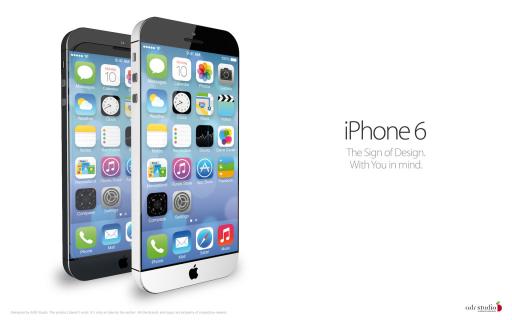 Right after the iPhone 4 was released (back in June 2010) people noticed that holding the device in a normal, natural way caused it to drop calls. I remember this well because not only was it a fact that I personally verified, but it was a fact the late Steve Jobs "Lenny Bruced" his way through. He put out a statement that included this remarkable paragraph:

"Gripping any phone will result in some attenuation of its antenna performance, with certain places being worse than others depending on the placement of the antennas. This is a fact of life for every wireless phone. If you ever experience this on your iPhone 4, avoid gripping it in the lower left corner in a way that covers both sides of the black strip in the metal band, or simply use one of many available cases."

His message was clear – if it doesn't work when you hold it that way... don't hold it that way! It was not the message new iPhone 4 owners were expecting, but it was prescient.

Unless you were off planet (or not paying attention in class) this past week, you've probably heard that the iPhone 6 has a "form-fitting" case that will shape itself to match your backside - if you keep the device in your back pocket. In other words, it bends.

Sadly for iPhone 6 and 6 Plus owners, it does not bend back.

According to Apple this not true:

"We (also) perform rigorous tests throughout the entire development cycle including 3-point bending, pressure point cycling, sit, torsion, and user studies ... iPhone 6 and iPhone 6 Plus meet or exceed all of our high quality standards to endure every day, real life use."

Apparently "only nine people have complained" so far. Not eight, not 10 ... nine! That's an exact quote (someone counted). Let's put that in perspective. 10,000,000 units sold, nine complaints. If we believe what Apple is telling us, more people probably injured themselves opening the box than experienced the now infamous bend.

However, other than saying that the devices have been tested and that it has only received a de minimis number of complaints, Apple has not said anything that might comfort the afflicted.

Photographs do lie, but alas, the photographs of bent iPhones mostly real. I have received several phone calls from actual victims seeking help. Sorrowfully, I have no help to offer.

Apple shares were down a bit on this news and the news that the company had to pull its iOS 8.0.1 release just hours after it became available. But do not despair. This is only a temporary setback for the newest global high-fashion brand and purveyors of objets d'art."Thin is pretty. Let's make a watch out of gold. Mobile devices are fashion accessories, we've already proved it!" Self-hypnosis is one thing, but making buyers of $400-$950 smartphones bend over is something else entirely.

In practice, none of us have any standing to criticize or question. On any given day, Apple is either the most valuable company in the world or close to it. It has more cash on its balance sheet than most countries and it employs, without question, some of the smartest people on earth. So, it should come as no surprise that the rest of us are just stupid fanboys and fangirls (Actually, I don't think fangirls is a word) on an Apple juice drinking bender. The shareholder value and the cash had to come from somewhere.

While we wait for Apple to offer a solution (as opposed to a non-explanation or flat out denial), we can pass the time by considering all possible meanings of the phrase "bend over." It's what Steve would have wanted us to do.