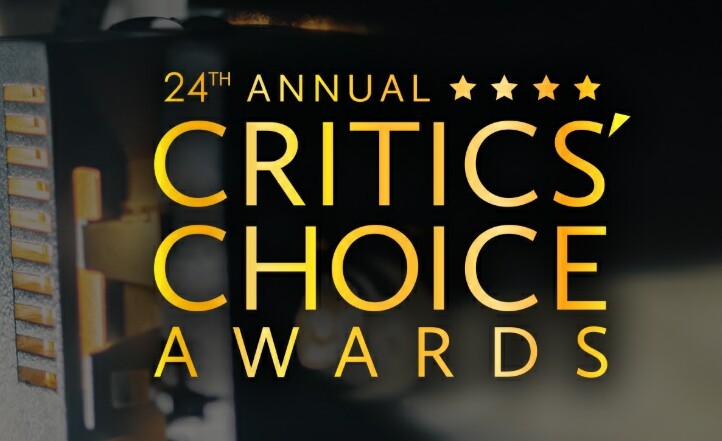 Los Angeles -- The Broadcast Film Critics Association (BFCA) and the Broadcast Television Journalists Association (BTJA) today announced the nominees for the 24th Annual Critics’ Choice Awards.  The winners will be revealed at the star-studded Critics’ Choice Awards gala, broadcast live on The CW on Sunday, January 13, 2019 from 7:00 – 10:00 p.m. ET.

HBO and Netflix lead the networks with 20 nominations each, followed by FX with 17, Amazon with 12 and NBC with 11.  Topping the list of nominated series are The Americans (FX), The Assassination Of Gianni Versace: American Crime Story (FX) and Escape at Dannemora (Showtime) with five each.  The Marvelous Mrs. Maisel (Amazon) and Sharp Objects (HBO) follow close behind with four nominations.  A Very English Scandal (Amazon), Atlanta (FX), Barry (HBO),Better Call Saul (AMC), Genius: Picasso (National Geographic), The Good Place (NBC), Homecoming (Amazon), Jesus Christ Superstar Live in Concert (NBC), Killing Eve (BBC America), One Day at a Time (Netflix) and The Tale (HBO) all received three nominations.  Other multi-nominated series include Dirty John (Bravo), The Good Doctor (ABC), The Handmaid’s Tale (Hulu), The Kominsky Method (Netflix), Notes from the Field (HBO), Pose (FX), Succession (HBO), This Is Us (NBC), Will & Grace (NBC) and Young Sheldon (CBS) each with two nominations.

Black Panther received 12 nominations, followed by First Man with ten, and Mary Poppins Returns, A Star Is Born and Vice with nine nominations each.  Roma earned eight nominations, while Green Book has seven.

“The films of 2018 have been some of the most culturally impactful in recent history,” said BFCA President Joey Berlin.  “They’ve portrayed stories from every walk of life, from all different perspectives, and have touched audiences and inspired conversations that we will continue to have for years to come.  We are so excited to have the opportunity to celebrate all of them, and the people who made them, on January 13 on The CW!”

“The extraordinary wealth of talent and growing number of platforms makes narrowing down each television category an unenviable task,” said BTJA President Ed Martin.  “Despite that, we are thrilled with this year’s nominees and look forward to recognizing their outstanding achievements.” (Note:  Ed Martin is the Editor and Chief Television Critic at MediaVillage.)

The BFCA is the largest film critics organization in the United States and Canada, representing more than 300 television, radio and online critics.  BTJA is the collective voice of journalists who regularly cover television for TV viewers, radio listeners and online audiences.  Historically, the Critics’ Choice Awards are the most accurate predictor of the Academy Award nominations.

The 24th annual Critics' Choice Awards show will be produced by Bob Bain Productions and Berlin Entertainment.  The BFCA and BTJA are represented by Dan Black of Greenberg Traurig and WME.

For a complete list of nominees please visit CriticsChoice.com.