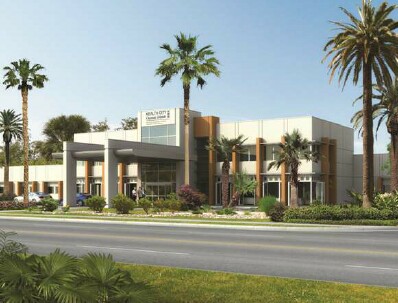 Perhaps the most significant event in global health care for 2014 occurred on February 25. This was the day that Health City Cayman Islands had its grand opening. Health City is a new way to think of health care and health care delivery. It has within it the power to change or at the least openly challenge the way Americans think about hospitals and major surgery.

The visionary behind HCCI is Dr. Devi Shetty. Dr. Shetty is easily the most famous and transformative surgeon in India and one of the most recognized surgeons in the world. He believes that high quality health care and more specifically surgery can be made much more affordable than it is today. He points out that only 10-15% of the world’s population can afford open heart surgery. His compassionate vision was formed in part by having been Mother Teresa’s doctor the last years of her life.

I first learned about Dr. Shetty in 2010, when doing research for “ The New Health Age: The Future of Health Care in America” a book I co-wrote with prominent health care attorney Jonathan Fleece. Dr. Shetty by then had built up a 2,500 bed hospital in Bangalore India that provided open heart surgery for $2,000 and had a success rate higher that most hospitals in the U.S. that charged 10-50 times that amount . His vision was based upon dramatically increasing the volume of surgeries that surgical teams could do in a day. Surgeons often did five or more surgeries a day, multiple days of the week. That is why he has been called the “Henry Ford” of surgery as he brings the economies of scale to an essentially craft business, but with same or higher quality.

A year ago, when giving a speech on Grand Cayman Island I had the good fortune to meet Dr. Shetty’s Caymanian partner, Gene Thompson. Gene drove me out to the hospital construction site for a tour two months into construction. I was amazed for several reasons. Here was a hospital that was being built for less than one third the cost of building a hospital in the U.S. that was incorporating not only the vision of Dr. Shetty, but new 21st century technologies not yet in use in the U.S. and was only quarter mile from the Caribbean. I wrote a column about Health City shortly after that visit .

I was excited during my hardhat tour a year ago but was both thrilled and honored to participate in the grand opening ceremonies last month. HCCI is a partnership of Dr. Shetty, the two local partners, Gene Thompson and Harry Chandi and Ascension Health, the largest non-profit hospital organization in the U.S. Dr. Shetty wants to change the world of health care delivery, Thompson and Chandi want the Cayman Islands to be the place where that happens in the western hemisphere and Ascension Health wants to be able to infuse the innovations learned and shared at HCCI back into their locations in the US. This will insure that HCCI will impact hospitals in the U.S. as Ascension is the third largest hospital group in the country.

The significance of the location on Grand Cayman Island is important for Americans. The dismissive view of Dr. Shetty’s inexpensive, compassionate and high quality hospitals and medical facilities in India held by American health care providers was that he could provide inexpensive services because he is in India where everything is cheaper. To now be able to provide equal or higher quality cardiac and orthopedic surgeries at a fraction of current costs at U.S. hospitals and being able to do it an hour’s trip from Miami will highlight the high costs of hospital health care in the U.S. As Dr. Shetty said during the opening ceremonies, part of health care reform is to provide affordable high quality health care, not just improving quality and keeping costs high.

The title of the afternoon conference on February 25 that was part of the grand opening was “The FUTURE of High Quality Affordable Healthcare.”

The speakers and panelists for this incredibly stimulating 3-hour seminar were luminaries and CEOs of major hospital and technology companies and American universities. Dr. Robert Pearl, the CEO of The Permanente Medical group was moderator and as such gave me the honored opportunity to close the proceedings with some comments. As a futurist it was thrilling to be a part of what I had forecast and written about years ago.

In the next column I will write about some of the specifics of what is about to happen and through the next few years what will happen at HCCI. It is and will be one of the leading institutions of, and therefore a signpost for the New Health Age .