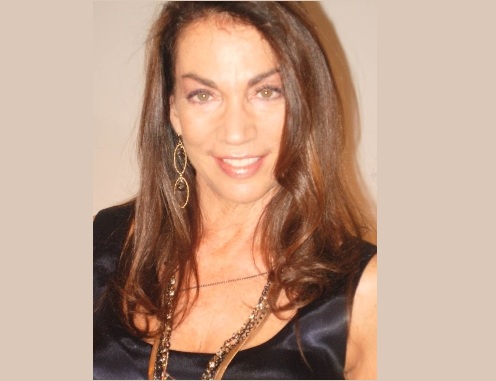 They say that some of the best stuff often gets left on the cutting room floor, but that won't be the case when ReelzChannel airs a cut-down version of the Creative Arts Emmy Awards that took place Saturday, September 15 at the Nokia Theater in downtown Los Angeles.

It should not diminish any of the winners, but half of the nearly three and a half hour long ceremony (yes, it went from 4 p.m. until 7:30 p.m. local time) will need to be edited out for the two-hour timeslot on Saturday September 22nd beginning at 8 p.m. ET/PT.

Although that's admittedly a tough editing job, there are several moments we witnessed live that should definitely not see air. First and foremost, comedian Kathy Griffin's diatribe against heavyweight awards magnet "The Kennedy Center Honors," which has racked up countless Emmy Awards in its 34-year history.

With two new pieces of hardware from the Creative Arts, and potentially more to come at Sunday night's 64th Annual Primetime Emmy awards, Kennedy Center may be a punching bag akin to "The Amazing Race's" Emmy dominance in its category, but Griffin went too far.

Her standup special, "Tired Hooker," was up against the program in the category Outstanding Variety Special, and whether it was staged or not, she "accosted" "KCH" producers Michael M. Stevens and George Stevens, Jr. in the aisle of the theater when their show was announced as the winner, taking up some of the valuable 45 seconds that all winners are given to make it to the podium and make their acceptance speech before they are played off the stage.

Later, when it was Griffin's turn for one of the mini-hosting slots in presenting a group of categories, she literally got up on stage and said, "F**k the Kennedy Center." Not once, not twice, but three times, seemingly mistaking the Emmy ceremony for some sort of raunchy comedy roast where it's not only acceptable, but expected to totally trash others, all in the name of laughs—and ratings, as in the recent Comedy Central "Roast of Rosanne."

This was not that occasion, and the reaction in the audience of working television industry-ites, many of them Emmy winners at that late point in the ceremony, was stunned silence.

Griffin went on to say if there were attendance awards, she would sweep them, pretty much admitting she goes to the proverbial opening of the envelope.

Another bit that could well be cut, "Homeland" actress Monica Baccarin's co-presentation of the category Picture Editing for Short-form Segments and Variety Specials, during which she admitted she had no idea what that meant, before handing the Emmy to the "2012 Rock and Roll Hall of Fame Induction Ceremony."

Guest performances on drama and comedy series are also recognized, with Emmys awarded to Kathy Bates ("Two and a Half Men"), Martha Plimpton ("The Good Wife"), Jeremy Davies ("Justified") and Jimmy Fallon, for hosting "SNL."

Speaking of late-night, the nominees for writing for a variety series, which typically include staffs of "SNL," "The Colbert Report" and "The Daily Show with Jon Stewart" (which won this year, adding to the huge cache of "TDS" Emmys) try to outdo each other comedically with outlandish taped pieces listing off their names.

This year, the audience was treated to videos of the nominated writing staffs getting punched in the pants and masquerading as little girls from TLC shows, including Honey Boo Boo. "SNL's" simply showed Lorne Michaels.

Now you can see why the show typically goes on for about three and a half hours. The format is typically that a performer and a producer from the same program co-present a group of similarly themed awards such as those for casting in a drama series, in a miniseries, movie or special and a comedy series.

The prewritten bits-- where was Bruce Vilanch when you really needed him?-- often fell flat or veered off into awkward territory, as when Lakshmi said something about sexually harassing Charlize Theron on "Top Chef," as her producers, flanking her on stage, fidgeted.

"This show is longer, but there are fewer assholes," Garcia said in comparing the Creative Arts Emmys to its more glamorous, network-televised sister.

"Mad Men" creator Matt Weiner also had the crowd going with his remarks, after relating how he originally wanted a live action opening of a man falling from a skyscraper, and then stop action before he hit the ground, but AMC said "no." He realized they were right, but went to bat for the now iconic animated title sequence that concludes on a man's hand holding a cigarette, to which they objected to the smoking part.

Weiner also said he initially wanted lyrics and vocals in the opening theme music of the 1960s era drama, until he heard an instrumental interstitial on NPR that grabbed him.

"I called my assistant [Gennifer Hutchison] to find that music," he said. "Do you know how hard it is to find a tiny bit of music between segments that ran on a certain time of the day on the radio? Well, she did – and she's now a writer on 'Breaking Bad.'"

Before presenting awards for variety series, producer Ken Ehrlich and LL Cool J reflected on the tense moments heading into this year's Grammy Awards, when they learned that Whitney Houston had died and pondered how to best acknowledge her on the show. By all accounts, they succeeded.

For the first time, the CA Emmys presented an "In Memoriam" segment, with scores of names that you recognize, like Marvin Hamlisch and Ernest Borgnine, and many that you wouldn't know, like the cinematographers and art directors who spent long careers in the business and passed away during the past year.

Instead of being awarded to a person, the Academy's Governors Award went to the grassroots video campaign, "It Gets Better Project." Created by Dan Savage and Terry Miller, who were ostracized as teenagers for being gay, it is aimed at giving hope and inspiration to LGBT teens who are bullied, often leading to their becoming suicidal.

"You have saved lives," said project participant Neil Patrick Harris as he presented them the award.

Six envelopes were opened for HBO's "Game of Thrones," making it the most awarded program of the evening and contributing to the pay cabler's leading 17 Emmys during the ceremony, followed by 13 for CBS and 11 for PBS, including two for "Downton Abbey."

In addition to the hardware that was handed out, the Creative Arts Emmys served as a tech rehearsal of sorts for the 64th Annual Primetime Emmy Awards airing on ABC September 23, with Jimmy Kimmel hosting. The staging, the lighting, and particularly the audio in the venue all seemed to be working smoothly, except for all those f-bombs that were dropped.