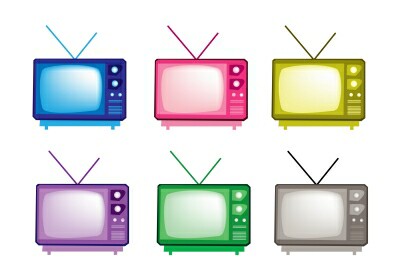 Over the course of my career, which began in the 1960s, I have seen many changes in our business. One over-arching theme is that while many companies have become less personal in the way they nurture employees, they have become much more personal in the way they measure the public. Looking at how media has been delivered, bought, sold and consumed through the lens of six decades has given me a unique perspective. Here is the second in a two-part series that will provide a snapshot of each decade and my take-away of some of the most important trends from those times. (Part 1 features my remembrances of the 60s, 70s and 80s.)

Following a decade of growth after Ted Turner’s introduction of a 24-hour news network, the old television dial went from thirteen to a digital three hundred plus channels. In the face of this fragmentation enter Professor John Phillip Jones and super-star media thinker/communicator Erwin Ephron with Recency Theory. Simply stated, Recency Theory maintained that people were much more receptive to advertising when in the market for a product. Since the population is so large and, excepting seasonal products, we don’t really know when given numbers of customers are ready-to-buy, it is better to advertise continuously than to flight with big chunks of advertising and then to disappear, harboring funds for the next blitz, as research from the 60s led us to believe. The concept simplified media planning and changed the way major advertisers spent their money. In a sense, building brand equity now rode on the coattails of producing immediate sales on a rolling basis.

Erwin Ephron passed away a year and a half ago, but to honor his contribution to the industry the ARF now gives the Demystification Award annually to the most innovative media thinker/communicator.

The 1990s were the beginning of media thinking assuming a seat at the table equal to creative thinking, especially in new business presentations. Media agencies flourished. Once digital media matured a bit in the next decade, everything changed.

Shortly after Al Gore invented the Internet the digital revolution was launched. At the beginning of the decade TV still completely dominated both usage and spending. By the end of the decade while television usage was still dominant with just under 4 ½ hours per day per person, digital usage was barely an hour behind. As a consequence, ad spending for digital rocketed to more than half that of television and is still climbing, while TV spending stagnates, ripe to be overtaken.

One of the major consequences of “New Media” was new language. Media has always had a vocabulary all its own, protected by practitioners who wanted to maintain the “media mystique.” However, I learned a long time ago that the media professionals who spoke in plain understandable English had the most successful careers.

Here’s a thought in plain English: The most recent research from RMT, Simulmedia and CBS shows that television is still the most productive medium to sell most products. Digital advertising cannot compete on an ROI basis. As a consequence when a marketer shifts money from TV to digital media they might very well be inhibiting sales growth. Perhaps it is better to shift funds from a less productive medium than television into digital enterprises in order to reap the benefits of both television and digital media.

So here we are today, over-sampled, over-modeled, over-sold and a bit under-understood. But we are making headway and the attempts to quantify our understanding of how advertising works are to be honored.

I sincerely believe that Big Data techniques are bringing us closer to a real understanding of human nature as it relates to advertising messaging and its consequence.

Simultaneously, client Procurement continues to turn the screws on agencies in reaction to decades-old practices when agencies reaped huge profit margins. I have seen, first-hand, Procurement oftentimes over-reacting and thus inhibiting the attempts agencies make to provide contemporary value to clients. I say this even though most of my clients are advertisers, not agencies. And we are very well versed in the economics of our business. At the same time there are allegations (yet unproven) that agency holding companies are pocketing rebates from the media without client knowledge. We still have a lot to sort out.

The Nobel Laureate Physicist Richard Feynman once described the way we understand nature. I think it’s true of the way we understand human nature as well. He supposed that if we didn’t know the rules of chess, but still had to play the game, over time we might notice that the pawn always moves one space, straight ahead. Also, we notice that when a pawn takes another piece, it suddenly moves on the diagonal. So now we have discovered a rule -- a law. We might, through observation and deduction, uncover other little bits of rules that increase our understanding of the game’s laws until suddenly a pawn makes it to the other side of the board and is rewarded by replacing itself with a queen, which can move any number of spaces in many directions. Suddenly the rules have changed. Feynman claims that science is like that. Scientists try to discover the rules of nature much the same way his fictional chess player is discovering the rules of the game and then the rules change.

Isn’t business like that? Doesn’t our knowledge of how things work evolve over time because we are curious enough to doubt the dogma of the day?

I envy the young media professionals of today who have the privilege of watching the media business unfold on a more personal level, but they should never forget the changing currents we all rode to reach this beachhead. My sincere hope is that as we move forward, we begin by placing a bit more value on talent and people and a little less emphasis on making a short-term profit.

Russia used to have a five-year plan. Advertising had a one-year plan. Harvard Business review introduced the quarterly report. Nielsen went to monthly reach. Automotives went to the ten-day report. Recency advocated weekly reach. Nielsen offered overnight ratings and now we live with instantaneous digital reports. While it all seems like an improvement, is anyone looking out for long-term unintended consequences?

I would love to see some of today’s best media/marketing thinkers take a longer view of where we are headed. The trends of the last six decades prove that every action has a reaction. I think we need to take a breath and spend more time thinking about the balance between paying for talent and cutting for profit.