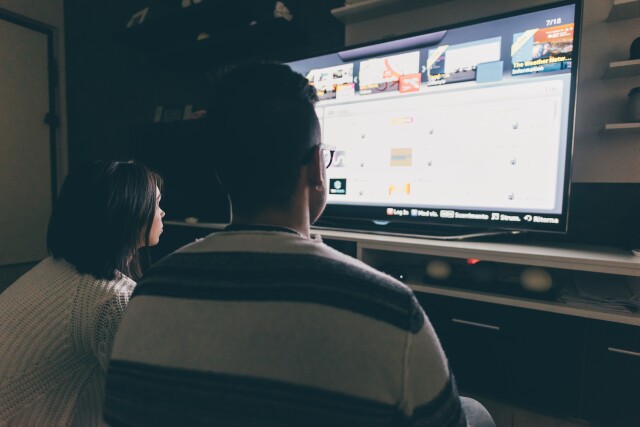 Staged for the first time in virtual fashion instead of inside crowded Las Vegas convention halls, CES 2021 was a consumer electronics marketplace unlike any other. Thousands gathered online from all over the world, many of whom might not have been able to make the trip in person. More than 1,900 companies became for the first-time virtual exhibitors, producing on-camera rather than in-person events. as virtual exhibitors. Thinking back over the four-day stretch of video showcases, keynote remarks, press releases and speakers united by Zoom transmissions, anyone looking for insights and intel about the future of television was not disappointed. What follows are hindsight observations and questions.

Operating systems will be a centerpiece of TV sets from this week forward, and Google is the big early beneficiary of this strategy among set manufacturers. Sony, TCL and new U.S. player Skyworth all will include Google TV (formerly Android TV) in their new models, with Skyworth's version offering more than 7,000 Google Play applications. LG is promising an upgrade of its WebOS system before the end of the year, giving viewers quicker access to content and apps.

A variety of advanced technologies will find their way into smart TV sets in some capacity by year's end. I'm referring to 5G, artificial intelligence-perfected video features, augmented reality and cloud services. Near the close of Hisense's opening day presentation, officials disclosed they were developing 3D holographic displays for their TVs that will enable people to "bring the story into your living room," as an executive representative detailed.

There will continue to be mixed messages on the pace of introducing video game TV without connection to consoles. On one hand, LG will deploy at least two game ventures -- Google Stadia and GeForce Now from Nvidia. On the other, Microsoft, doing a tremendous job making CES 2021 go behind-the-scenes, didn't take advantage of several opportunities, including a keynote from president Brad Smith, to announce plans for circulating Xbox games through smart TV sets or devices.

TV set makers will do their part to fuel mass consumer adoption of interactive services this year. Hisense promised a variety of "eco-screen" features devoted to telehealth, educational activities and fitness projects. Twitch, the popular chat function available on computers and tablets, will come to TV through LG and other set makers.

Is Samsung all-in on interactive TV, or not? During their video showcase, Samsung executives promised to launch a "Smart Trainer" service on its TVs, where people can choose what workouts to do and see a summary of what they accomplished on-screen. A few sentences later, they previewed a "Smart Cooking" service providing the ability to plan meals, retrieve recipes and order food -- available only on company refrigerators. Why not have this play on TV sets? Separately, no signals over when Eko, the interactive choose-your-direction content platform that counts Samsung and Walmart among investors, will finally come to TVs.

Did LG make the big TV announcement of CES 2021, or not? Midway through the vendor's showcase, the discussion turned to ThinQ, defined as a "digital, open platform for lifestyle innovation." Nestle, Kraft Heinz and Home Advisor have signed on to create apps for ThinQ, with negotiations underway with other parties. "This is only the beginning," an LG executive promised -- without declaring if this will become a core foundation of the company's smart TVs.

There was very little ballyhoo on NextGen TV's rollout among broadcast stations. Sony was the only TV set maker to bring up the subject during vendor presentations, promising to have their sets compatible with ATSC 3.0. As for CES 2021's only conference session devoted to NextGen TV, way too much time was spent on video and audio quality, and way too little on how the rollout is going and what advanced services broadcasters plan to introduce in the future.

CES came across as an apathetic observer of the smart TV phenomenon. Ouch! With more than 80 percent of U.S. households using smart sets and devices to watch tens of billions of hours of content and apps each month, it was mind-boggling that not one of the more than 100 conference sessions focused on smart TV functionality and consumer behavior. Not one focused on interactive TV, or interactive commerce TV. Isn't it time for CES to consider this phenomenon as important as any moving the consumer electronics world forward?

Amazon Fire TV vice president and general manager Sandeep Gupta is my choice for the best CES 2021 panelist (and he gave the best parting quote). "People are reimagining what (they) do with their TV," Gupta said. "Video chat, fitness apps, games -- that's where things are going next. Having TV as your portal into the world and shaping your life in different ways." He deserves a keynote role at CES 2022 next January. In the meantime, Amazon should book him for as many public appearances as possible, from Fire TV press demonstrations to cable business news channel interviews.