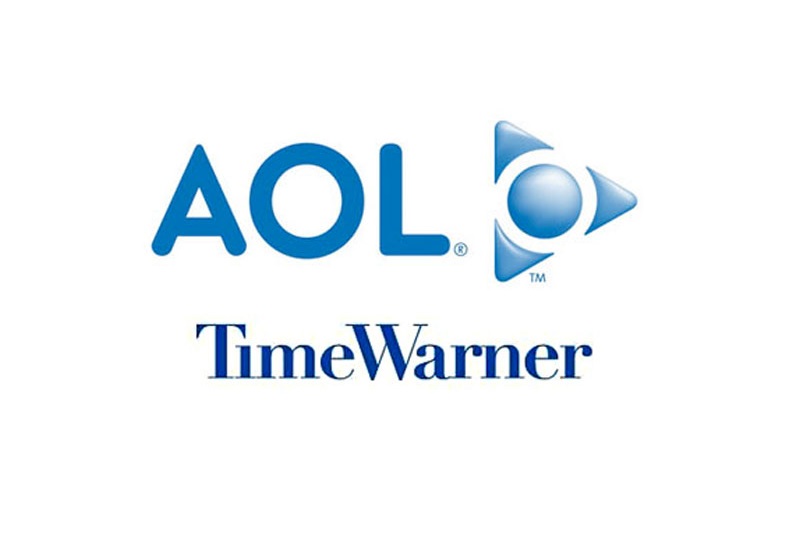 It was billed as the merger that would create the media flagship of the future, but it would turn into an epic fail.  On January 10, 2000, America Online (AOL) announced it would buy Time Warner for $182 billion in stock and debt, making it the largest corporate merger in U.S. history.

This was at the height of the first internet bubble, and anything internet was valued at crazy prices by the stock market.  AOL was among the superstars of this period.  With its 30 million subscribers, the portal to the internet was made famous for its e-mail services with movies like You've Got Mail, a romantic comedy starring Tom Hanks and Meg Ryan.

AOL's hot valuation made it possible for it to acquire Time Warner, even though it was a long-established company with extensive holdings in cable, movies and publishing.  Its iconic brands included Time magazine, CNN and Warner Bros. studios.  The theory was that the two would combine into a $350 billion mega-corporation with vast production capabilities and new technology-age distribution methods.  It was to be the media model of the future.

Whether real synergies and cost savings would have occurred is unclear because just months later, in the spring of 2001, the stock market began an internet correction.  Dot-com stocks tumbled.  AOL Time Warner's losses on paper were formidable.  Infighting between management spilled out into the public as Levin complained that Time Warner was dragged down by an internet flash in the pan.  He was replaced by the company's president, Richard Parsons.  It was a surprise move; many had expected the job to go to Chief Operating Officer Bob Pittman.  His eventual departure created further chaos at the company.  The problem was made worse by the fact that AOL continued to provide dial-up services while emerging broadband technology was making it irrelevant.

By 2002, investors had had enough and were selling off stock as fast as they could.  In 2002, AOL Time Warner reported a quarterly loss of $54 billion, the largest ever for a U.S. company at the time.  But nine months later, it topped itself and announced a $98 billion annual loss.  At this point, executives were headed for the door, Case was forced to resign and Ted Turner voluntarily resigned from his post as Vice Chairman in disgust.

The company, which dropped AOL from its name, took several years to stem its losses, but it was still weakened from the merger.  Vultures began to circle, and famed corporate raider Carl Icahn acquired a stake in the company.  By 2006, he was agitating to break up the company to create more value for shareholders.  Icahn was temporarily held off, but major restructuring ensued.

In 2009, AOL was spun off into its own company.  It floundered and was eventually bought by Verizon in 2015 for $4.4 billion, a tiny fraction of its worth at the height of the internet bubble.  Time Warner was also broken down into components.  In 2009, it successfully spun off its profitable cable division into its own company, while a greatly weakened Time Inc. was also spun off into a debt-laden media property.

In retrospect, the plan to bring the two companies together has been dubbed by the press as "the worst merger in history."