HISTORY's Moment in Media History: When "It's A Wonderful Life" Premiered in NYC 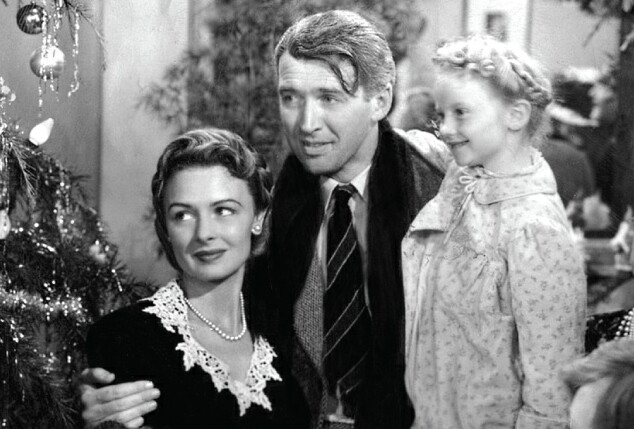 On December 20, 1946, movie stars gathered at the Globe Theatre in New York City to celebrate what was expected to be a cinematic smash hit, a new picture by the then-darling Hollywood director, Frank Capra, called It's a Wonderful Life.

The premiere of the film had been moved up from January, 1947 to take advantage of the fact that its story occurs on Christmas Eve.  Yet Capra insisted that the film wasn't really about Christmas at all.  Instead, during interviews at the time, he described its theme as being about "the individual's belief in himself."

Despite eventually earning five Academy Award nominations including one for Best Picture, the film received only mixed reviews and died at the box office.  RKO Pictures had to write off a substantial loss, and many at the time mused that Capra had lost his popular touch and was out of sync with post-war America.

The film was almost consigned to the dust heap of oblivion -- but then television came to the rescue.

In early 1974, almost 30 years after its theatrical release, the film's copyright expired because of a clerical error.  For television networks, this meant a great financial opportunity was at hand.  Where many critics had complained about a movie that was dark or simply too pat in its view of small-town life, the networks saw a Christmas-themed movie with low royalty payments.

The conventional wisdom is that the film failed at the box office in 1946 because audiences were exhausted by war and were turned off by the movie's bleak themes, which included the rapacious nature of bankers and, of course, George Bailey's attempted suicide.

The networks overlooked those inconvenient facts and instead hyped the film's heartwarming ending.  They positioned it as a movie to help celebrate a season of family, sharing and giving and encouraged viewers to watch as a group.  It turns out many families bought into this vision and started to tune in each year as part of their holiday routine.  And lo and behold, a small Christmas miracle began to occur.

A new generation of viewers was quietly falling in love with the film.  An early sign of the change in the public's estimation of the film came in 1990 when the United States Library of Congress selected it for preservation in their National Film Registry because it met the standard of "culturally, historically or aesthetically significant."  Then when the American Film Institute (AFI) released its America's 100 Greatest Movies list in 1998, It's a Wonderful Life was No. 11.  (The film even placed first on the AFI's list of most inspirational films of all time.)

Having directed numerous classic and popular films including It Happened One Night (1934), You Can't Take It with You (1938) and Mr. Smith Goes to Washington (1939) -- and having won Best Director three times -- Capra would later say It's a Wonderful Life was nonetheless always his favorite and that he always screened it for his family every Christmas season.  And he expressed wonder at the film's stunning public resurrection in a 1984 interview with The Wall Street Journal: "The film has a life of its own now, and I can look at it like I had nothing to do with it.  I'm like a parent whose kid grows up to be president.  I'm proud ... but it's the kid who did the work."