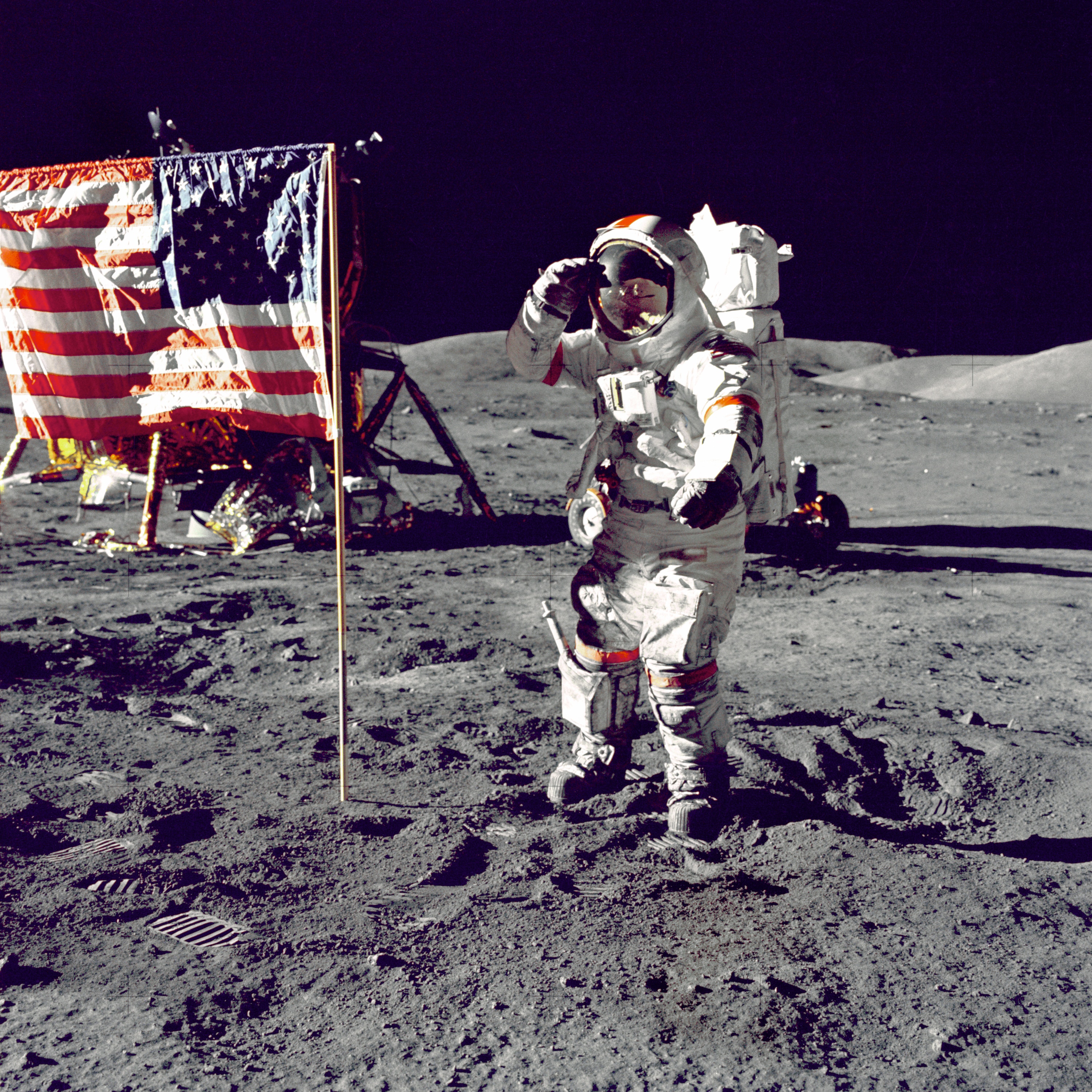 On July 20, 1969, at 10:56 p.m., half a billion people across the globe -- or a full one seventh of the Earth's population at the time -- tuned into their televisions to watch the climax of a very long journey.  The footage was grainy and the sound scratchy, but the planet was gripped by the live images of astronaut Neil Armstrong descending a ladder from the Apollo 11 lunar module to become the first human being to step foot on a surface that wasn’t Earth’s.  It was to this rapt international audience that Armstrong uttered the famous words:  "That's one small step for man, one giant leap for mankind."

The race to put a man on the moon had started more than a decade earlier in the shadow of the Cold War.  At that time, the Soviet Union (U.S.S.R.) and the United States were in a fierce battle for ideological domination on the world stage, and the space race became a proxy for who was winning on Earth.  The U.S.S.R. had won round one by surprising the U.S. with the launch of the Sputnik satellite in 1957.  The U.S. responded by creating the National Aeronautics and Space Administration (NASA) in 1958.  By 1961, President John F. Kennedy promised to put a man on the moon by the end of the decade.

The promise of exploring the final frontier was made all the more intoxicating to the public because it happened to arrive at the same time as an exploding home technology: television.  American networks immediately grasped that they had a great horse race to cover.  The news relentlessly followed every detail of America's trials and tribulations in moving toward space, casting the Soviets as communist villains against the handsome young astronauts as American heroes.  The nation lapped it up.

When the day for America to go to the moon finally arrived on July 16, 1969, the entire country was on the edge of its seat.  The networks were ready andbroadcasted live as Apollo 11 successfully lifted off.  More importantly, however, was July 20, 1969, the day the astronauts were to land on the moon. The Apollo lunar module Eagle touched down on the moon's surface at 4:18 p.m. EDT, much to the obvious joy and relief of the command center in Houston.

While the American public watched and believed the trip to be smooth and without incident, there were in fact many malfunctions behind the scenes.   For example, the Eagle only had 30 seconds of fuel left when it landed.  The computer also overloaded and sent out confusing beeping noises.

It would be six more hours until Armstrong and his partner Buzz Aldrin would walk on the moon's surface and plant the American flag.  NASA was so aware of the power of visual images that it crinkled the flag to make it look like it was blowing in the wind; in reality, it was stiff as a board.

Americans who viewed that stunning lunar broadcast would remember it as a defining moment for the rest of their lives.  They would recall where they were sitting, with whom they were watching and how proud they were feeling.  It was a time when television still brought people together.  Former CBS Evening News anchorman Walter Cronkite would later recall, "After seeing it happen, knowing it happened, it still seems like a dream."