HISTORY's Moment in Media: The '90s Were All About Netscape 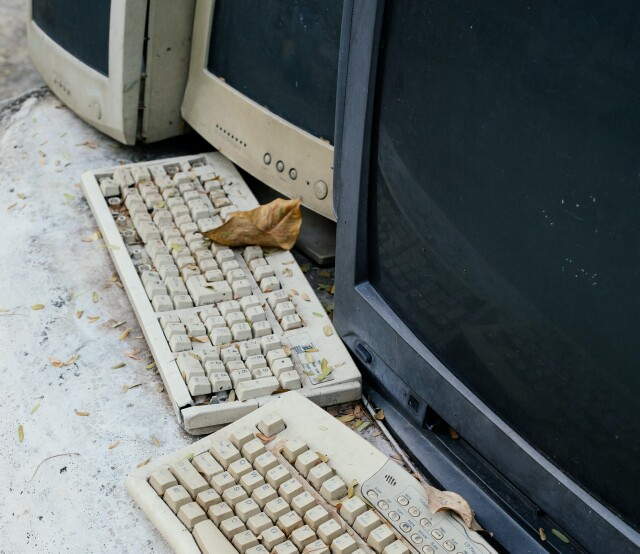 If you lived through 1990s, you may remember the excitement, the rapid change and, perhaps most of all, the incredibly goofy language. For the first time in history, from the comfort of your own home, you could ride the information superhighway, cruise the infobahn, surf the cyberworld. Everything was changing thanks to the World Wide Web. (Back then, it was always capitalized, always three words and invariably described as "the graphical portion of the Internet.")

Web browsers were the key to that transition. In October 1994, Netscape Communications Corporation released the first public beta version of its Netscape Navigator browser. Twenty-seven years ago this month, the modern internet opened for business.

Navigator wasn't the first browser but it was the first commercial one, and for a time, it was the dominant player in the new world of the web. Netscape was founded by Jim Clark, who was already a Silicon Valley legend for creating Silicon Graphics (in 1993, Silicon Graphics created the CGI dinosaurs for Jurassic Park); and Mark Andreesen, a 20-something recent graduate of the University of Illinois at Urbana-Champaign (UIUC).

Andreesen was one of those UNIX geeks. In college, he worked at UIUC's National Center for Supercomputing Applications, and it was there that he gathered some other coders to help him realize his vision for the internet: a place where regular people from all around the world could easily access information whenever they wanted. And so, they created Mosaic, the world's first graphical browser.

Around the time Andreesen was graduating, Clark was looking for his next big thing. He joined up with Andreesen, and they hired some of Andreesen's coder pals from UIUC. After an IP scuffle with UIUC, Mosaic became Netscape. By the middle of 1995, Netscape had 500 employees and controlled the new browser market.

On August 9, 1995, the company went public and the stock took off. "It had taken General Dynamics 43 years to be worth $2.7 billion in the stock market," wrote The Wall Street Journal. "It took Netscape Communications Corp. about a minute." The start-up that invented the modern web also invented the template for the modern tech IPO.

The IPO, however, was probably the high point of Netscape's existence. The company changed the world, but changing the world attracts attention. Just two weeks after the Netscape IPO, Microsoft released its much-hyped Windows 95. A part of the tech behemoth's launch included Netscape's rival, Internet Explorer (IE), which, ironically, was built with software licensed from UIUC.

At first, Netscape was a much better piece of software than IE. But the famous first browser war was launched, and IE rapidly improved. It also had the decided advantage (later and ineffectually deemed illegal by the U.S. government) of being bundled in with Microsoft's hugely popular and widely used products.

The intense competition for browser market share meant there was a winner and a loser, and Netscape was the loser. In November 1998, just five years after launching its first product and four years after its precedent-setting IPO, AOL acquired Netscape. Another five years later, in 2003, AOL shuttered its Netscape unit and laid off most of its staff.

Netscape and IE may have died but the world Netscape created still lives on, and the browsers we use to access it are continually refined. When you surf the web and conduct your cyber adventures, you're using one of those pioneers' successors. Maybe it's Google Chrome or Apple Safari. Or perhaps it's even Mozilla Firefox, which was built from the open-source Navigator code Netscape released to the public before the AOL acquisition.