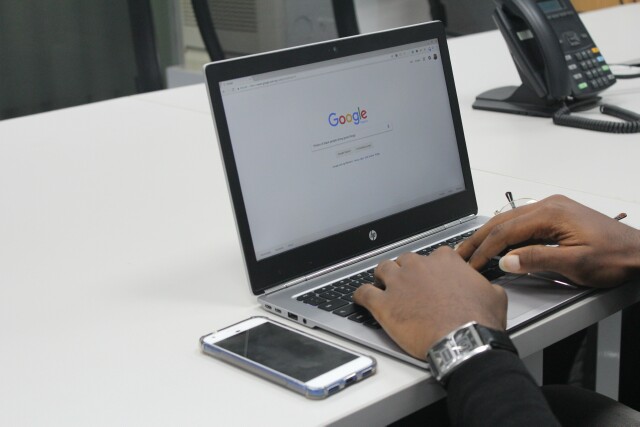 In the beginning, there were direct-sold display ads. The first internet banner ad was a direct analogue to a big splashy print ad, and it ran on Wired magazine's site, HotWired.com, on October 27, 1994. It was for AT&T, part of the telecom giant's "You Will" campaign. It was seen as revolutionary back then — making money on the World Wide Web! — but today it feels amazingly old-fashioned.

In truth, the actual internet ad revolution came 18 years ago this month, on March 4, 2003. That's when Google launched what was then called content-targeted advertising. Until then, Google had been making its money by selling contextual text ads that ran alongside results from its still-new search engine, quickly growing dominant. With content-targeted advertising, online publishers could gain access to that technology: With a snippet of Google code installed on their sites, ads aligned to their content would appear on their pages, and the publishers could make money while Google handled all the work.

The next month, Google acquired a company called Applied Semantics, which was working on its own system to place relevant text ads on a web page. Their product was called AdSense, and in June of that year, Google's content-targeted advertising took on the new name.

Google AdSense, as it has been known since, helped turn the search giant into an ad behemoth. And it also helped countless small- and medium-size publishers monetize their websites.

The new service was the baby of Susan Wojcicki, an early Googler — employee No. 16 — who since 2014 has been the CEO of YouTube, a Google subsidiary. Fresh off her MBA in 1998, Wojcicki bought a house in Menlo Park, California, and to help with the mortgage rented out her garage to two students from nearby Stanford University who were working on developing their new idea. The students were Larry Page and Sergey Brin, and the idea was Google.

Wojcicki would go on to run marketing for Google in its early days. She came up with the first Google Doodles, those whimsical reinterpretations of the company's logo displayed on the search page to mark historical dates and special events. She introduced her younger sister, Anne, to Brin, and the two were married for nearly a decade and have two kids together.

But, most important, she spent years overseeing Google's ad operations. "It was really a novel idea at the time to serve ads that were targeted dynamically," she told USA Todayfor a profile in 2007. It changed the dynamics of web publishing.

No more need for HotWired to leverage Wired's sales connections to book the big AT&T deal; individuals started earning a living from their self-published sites. "There are many, many AdSense millionaires," a blogger named Jennifer Slegg said in that USA Todayprofile. At the time, she was running a site all about AdSense, called JenSense.

It also turned into a gusher of cash for Google. The company gave Wojcicki a Google Founders' Award, a financial bonus used to keep Googlers from taking their great ideas and leaving the company with them.

But whatever that Founders' Award paid, it must have been worth it. Last year, Google brought in $182.5 billion in revenue. For the fourth quarter, that total was $56.9 billion, and in that quarter some $46.2 billion of it was ad revenue. The company doesn't break things down further, but that's more than $500 million-plus per day, thanks, in part, to AdSense.