HISTORY's Moment in Media: "The Sopranos" Ushers in the Golden Age of TV 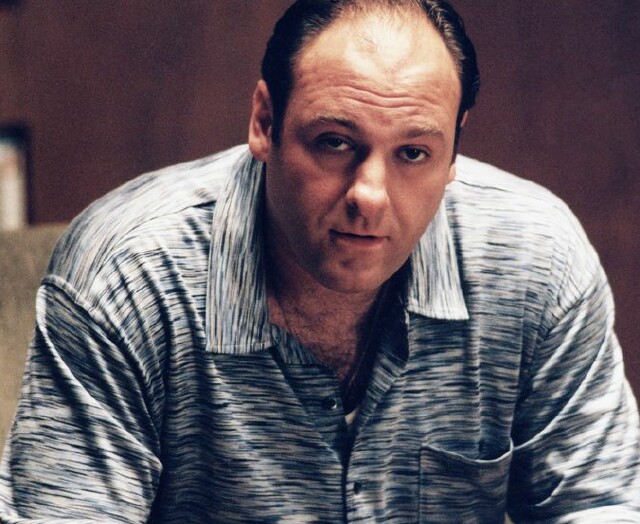 It's not TV. It's HBO. The slogan dates from 1996, when the pioneering premium cable network was facing competition from the Big Three networks, home video and increasingly ambitious rival pay networks. But, in truth, what the network offered then wasn't so different from its stock-in-trade since it launched in 1972 as Home Box Office: boxing matches; high-profile, unedited movies; and the occasional vaguely risqué docuseries.

But HBO truly stopped being mere TV at 9 p.m. on January 10, 1999 -- 23 years ago this month -- when The Sopranos premiered. The family drama about a mobster with a shrink would go on to run for six critically acclaimed seasons, and in that time, it would transform the network, revolutionize the medium and launch the modern golden age of prestige TV.

The Sopranos was the creation of David Chase, a longtime and successful TV writer who chafed against the simplistic storytelling that dominated the medium and always harbored dreams of making feature films. An Italian American devotee of Mafia stories, he'd had the idea for a project about a mobster in therapy. Fox commissioned Chase to make a pilot, which he didn't think would go anywhere -- most pilots don't -- but he hoped it would parlay into a calling card for a chance to make a big-screen movie. After Fox passed, Chase's agent shopped it to a network that was looking to make a name for itself: HBO.

The critics were unanimously rapturous. After that first season wrapped, The New York Times declared that "it just may be the greatest work of American popular culture of the last quarter century." As Esquire would later write, "it made TV grow up." Before The Sopranos, NBC's medical drama ER was the epitome of a respected dramatic series, full of do-gooder doctors who only screwed up because they cared too much. Starting with The Sopranos, ambitious TV series were more like, well, movies, with novelistic sweeps, complicated antiheroes and ambiguous resolutions.

Chase, desperate to get from TV to the movies, had brought the movies to TV.

HBO became near synonymous with ambitious television. Sex and the City had premiered just six months before. Six Feet Under would debut two years later. Then, in just the next handful of years came The Wire, Big Love, Angels in America, Da Ali G Show and Entourage.

More than that, Chase's insistence on complicated, ambitious storytelling soon spread across the cable dial and eventually across streaming services. In some cases, the lineage was direct. Writer and producer Matthew Weiner created Mad Men and brought it to AMC after HBO passed on it. Fellow writer and producer Terence Winter created HBO's Boardwalk Empire.Writers Robin Green and Mitchell Burgess created the CBS drama Blue Bloods, and writer Todd A. Kessler helped create FX's Damages.

And the model HBO pioneered -- establish your brand with a big, ambitious show -- was soon picked up by other networks and services too. Just as Mad Men made AMC, Orange Is the New Blackmade Netflix and Transparentmade Amazon Prime.

Nearly 20 years later, The Sopranos is still going strong. Early in the pandemic, HBO reported that viewership for the trendsetting series had spiked 179 percent: a new generation (with plenty of time on its hands) had rediscovered its pleasures.

Or maybe it's that, even all this time later -- and amid a pandemic, surrounded by political dysfunction and battered by a pending climate crisis -- its recurring message about societal decline seems just as relevant. "It's good to be in on something from the ground floor," Tony Soprano famously said in the pilot episode, scripted byChase. "I came too late for that and I know. But lately, I'm getting the feeling that I came in at the end. The best is over."