HISTORY's Moment in Media: The Tragic Death of Princess Diana 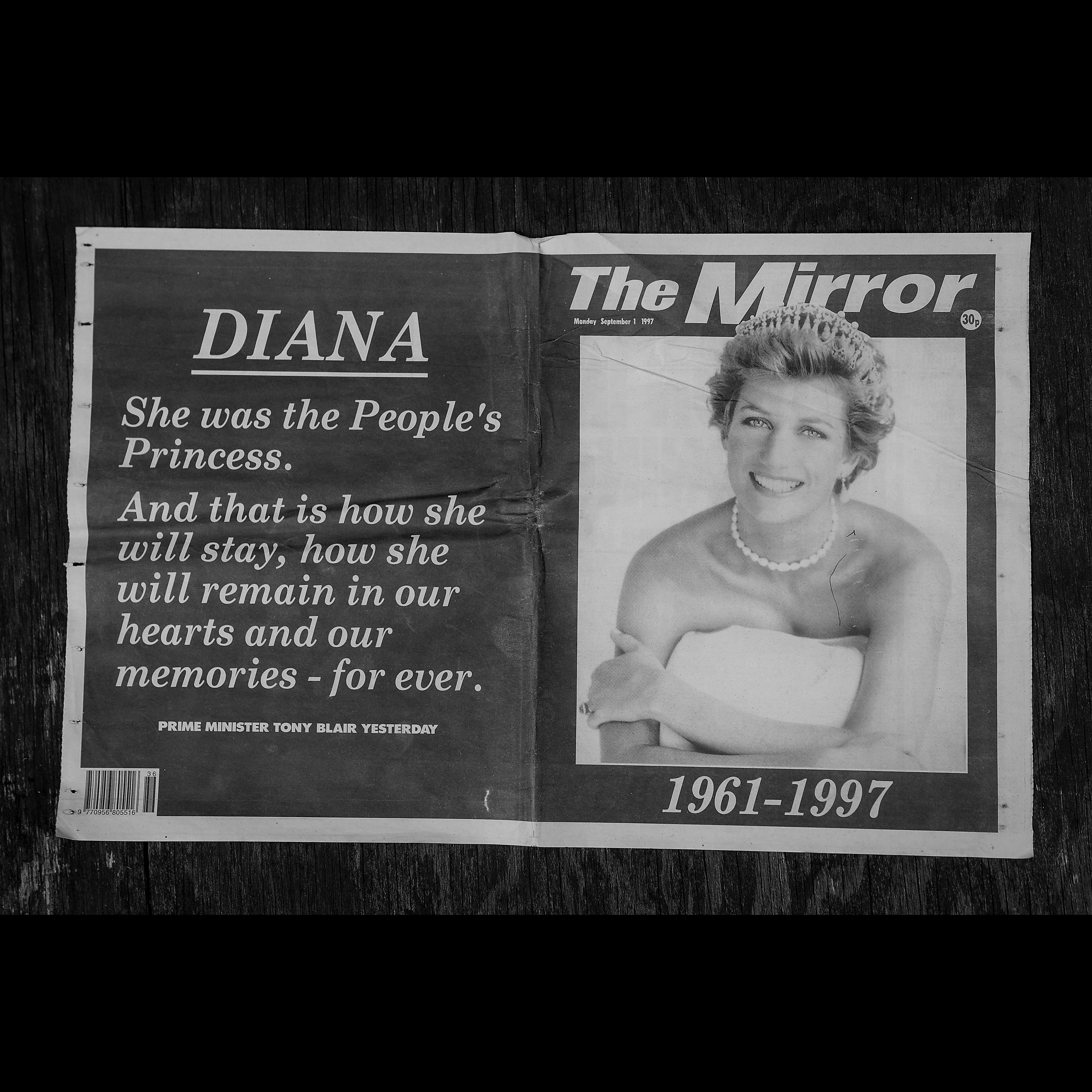 Early in the morning of August 30, 1997, just before 12:30 a.m., Paris time, a speeding black Mercedes S280 sedan slammed into a concrete pillar in the Pont de l'Alma tunnel alongside the Seine. At 4 a.m. in Paris that morning -- 24 years ago this month -- Princess Diana, who was riding in that Mercedes along with her boyfriend, Dodi Fayed, was pronounced dead at Pitié-Salpêtrière Hospital. She was 36 years old.

In London, where the BBC didn't yet have a round-the-clock news channel, an overnight reporter named Maxine Mawhinney anchored coverage until the more prominent presenter Nik Gowing was awakened just after 1 a.m. and called into the studio. In New York, where the agenda-setting newsweeklies were shipped to the printer on Saturdays, entire issues were torn up and rewritten overnight. The big American networks scrambled to find live coverage late on Friday night, and their marquee anchors promptly flew off to London.

Diana wasn't the first princess to be a modern media sensation. Grace Kelly, after all, was already a celebrated movie star when she married Prince Rainier of Monaco and became Princess Grace in 1956, at the dawn of the TV era. Queen Elizabeth's sister, Princess Margaret, a celebrated, chain-smoking fixture of the jet set, drew global attention for her glamour, her travels, her romances and her divorce.

But it was Diana who entered the public eye just as international television broadcasts became standard -- her 1981 wedding to Prince Charles was broadcast to 74 countries and watched by an estimated 750 million people. More than 17 million Americans woke up early to watch it live. She then matured as a public figure alongside the growth of the celebrity-industrial complex. People magazine was founded in 1974, just three years before Charles and Diana's fateful first meeting, and since then she has appeared on its cover 58 times, more than any other person in the world.

She was famously tormented by her media pursuers. "When I think about my mom, the first thing that comes to mind is always the same one over and over again," Prince Harry told Oprah Winfrey during their high profile interview. "Strapped in the car, seatbelt across, with my brother in the car as well, and my mother driving being chased by three, four, five mopeds, with paparazzi on, and then she was always unable to drive because of the tears. "

But she also knew how to use the media to her benefit, perhaps unlike anyone else in the Windsor family. You don't set the record for most People covers without knowing how the game is played. "Unlike the rest of the British royals, she innately understood the power of the media, and she used it to become a superstar and, later, to wage war with the palace," the Washington Post reporter Roxanne Roberts, who helped cover her funeral, once wrote. "She believed she could summon the cameras when she wanted flattering stories and send them away when she'd had enough."

That antagonistic symbiosis came to its fateful, seemingly inevitable conclusion in that Paris tunnel. Diana and Dodi had spent much of their Paris stay trying to evade paparazzi, and the Mercedes was chased through the tunnel by several photographers on mopeds. But also, its driver, Henri Paul, was later found to have a blood alcohol level three times the French legal limit. The lone person to survive the crash, bodyguard Trevor Rees-Jones, was the only one in the car wearing a seatbelt.

Days later, on September 6, an estimated 2.5 billion peopleworldwide watched Diana's funeral, which included her close friend Elton John performing a reworked version of his "Candle in the Wind," originally written about another tragic media fixture, Marilyn Monroe. When People magazine published a Diana tribute for its September 15 issue, which came out on September 7, the cover featured a simple black-and-white photo. It was the first and only time the magazine ran no cover line.

Even now, the princess' pull remains strong. Last year, the fourth season of The Crown, the Netflix series chronicling Elizabeth's long reign, focused on Diana's romance and eventual disillusionment with Charles. Netflix famously doesn't release viewership data, but the Diana season was, according to Rotten Tomatoes, the best of the series, with a near-perfect score of 97.