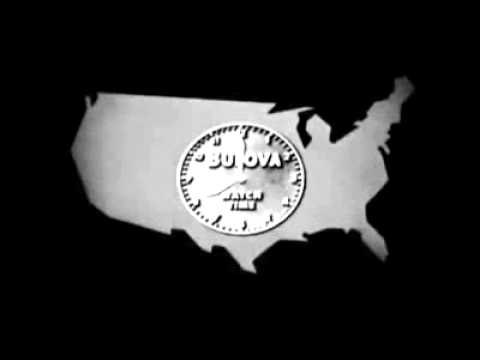 That's what New York-area television viewers were informed as they awaited the start of a Brooklyn Dodgers game against the Philadelphia Phillies, the camera focused on an image of a ticking clock overlaid on an outline of the United States. It was moments before the first pitch at Ebbets Field on July 1, 1941, 79 years ago this month. And it was the first television commercial ever legally aired in the United States.

In May 1941, the Federal Communications Commission issued licenses for the first 10 commercial television stations in the United States, including WNBT, the NBC affiliate in New York. (Since 1960, it's been known as WNBC.) The first day of their new commercial authorization was July 1, and WNBT was both the first station to go on the air under that license and the first to broadcast a commercial. Other stations had previously experimented with ads, including reading messages from sponsors including Procter & Gamble and General Mills. But the Bulova spot was the first legit one.

Ray Forrest, who in 1939 had become television's first news anchor and announcer on that early NBC station, read the ad. In an interview with the Television Academy, he recalled both the excitement of giving up "experimental" status and becoming WNBT but also the relative mundanity of the ad itself. When the clock was shown, he said, "I announced the time: 'It's 12 noon, Bulova watch time.'"

Of course, there were only about 4,000 television sets in the New York market at the time, according to one estimate. But TV was starting to take off. In 1945, big marketers including Lever Brothers, Gillette, Pan Am, Firestone Tire and Exxon precursor Esso were running TV advertising. By the end of 1948, 933 advertisers had purchased TV ad time.

And the next decade was when TV exploded. In 1950, only 9 percent of American households had television sets. In 1960, nearly 90 percent did. Through that decade of rapid growth, the sponsored-program model was dominant, things like Milton Berle's Texaco Star Theater and the Colgate Comedy Hour.

And all these years later, sports still drive a huge amount of TV advertising. For Super Bowl LIII last year, the average cost of a 30-second spot was $5.25 million. Adjusted back to 1941 dollars, that's about $300,000 — an awful lot more than Bulova spent for an ad we still remember nearly 80 years later.