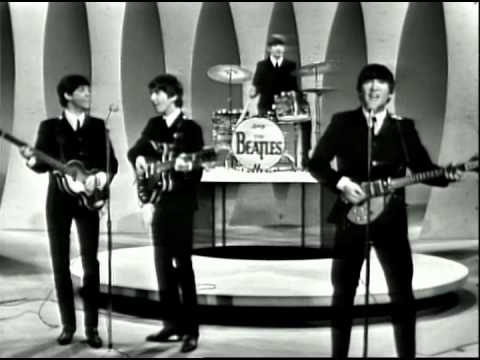 It's not too much of an exaggeration to say that 56 years ago this month, at a few minutes after 8 p.m. Eastern time on Sunday, February 9, 1964, American culture changed forever. A television show made it happen.

That's the moment the Beatles made their American debut on The Ed Sullivan Show. It's hard to understand today just how transformational that evening would become. It changed the music industry, the country and arguably the world.

And, in large part, that was because of the venue. Ed Sullivan may have been the biggest cultural influencer in post-World War II America. Nothing today compares to the role his Sunday night show played for most of its 23-year run.

In 1964, when the Beatles appeared on Ed Sullivan, there were only three television networks, and only 52 million television households in the country. (Today, there is a seemingly endless number of channels and streaming services, and nearly two and a half times as many TV households, at 121 million.) Just about everyone tuned in to watch Sullivan, who showcased a huge variety of performers: rock 'n' roll bands and opera stars, stand-up comics and ventriloquists, Broadway performers and, notoriously, a plate spinner. Sullivan had been a newspaper columnist covering New York's nightlife, and his tastes ran from old-school vaudeville to then-new teen sensibilities. To some degree, he told America what to watch and listen to.

The night the Beatles were on, an estimated 73 million Americans tuned in. In a country with a total population of only 191 million. Some 60 percent of television sets in the country were tuned to Ed Sullivan.

But as much as Sullivan used his power to introduce the Beatles to America, he also knew he would get a big audience by riding the cresting surge of Beatlemania -- a term coined by London's Daily Mirror after a breakthrough October 1963 appearance on England's equivalent of Ed Sullivan, Val Parnell's Sunday Night at the London Palladium.

As the coinage suggests, the Beatles were already huge stars in England and Europe by the time they came to America. Although there was general skepticism that American audiences would respond well to British rock 'n' rollers, in an oft-told story Sullivan was passing through London's Heathrow Airport in late 1963 when he saw throngs of British teens awaiting a plane bringing the Fab Four back from a tour of Sweden. Recognizing that excitement, he thought the Beatles could be as big as Elvis -- whose 1956 and '57 appearances on his show each had been a sensation.

In a triumph of publicity, the Beatles were seen off by an estimated 4,000 fans when they left Heathrow for New York's John F. Kennedy International Airport aboard Pan Am Flight 1010 on February 4, 1964, the Sullivan show paying their way (plus a $10,000 fee for three performances). They arrived to thousands more enthralled teens, and they gave their famous press conference at the airport, showing themselves to be witty young men in matching suits. Reporters couldn't stop commenting on their shaggy hair. ("The Beatles Invade, Complete with Long Hair and Screaming Fans," ran a New York Times headline.)

Sullivan had contracted three performances from the Beatles. On that first broadcast, they played two sets live: first "All My Loving," "Till There Was You" and "She Loves You," then returning later for "I Saw Her Standing There" and "I Want to Hold Your Hand." They took the week to play their first public U.S. show at the Washington Coliseum, then a pair of shows at Carnegie Hall, before traveling to Miami Beach to appear live again on a remote episode of Sullivan. They also taped a performance for a later broadcast.

The trip paid off for everyone, and not just the millions of American teens now in thrall to a new sound. By the time the Beatles flew back to London, on February 22, they had five songs in the Billboard Hot 100, including the top two slots. Ed Sullivan had made them superstars.