HISTORY's Moments in Media: When Color TV Made the New Year an Event 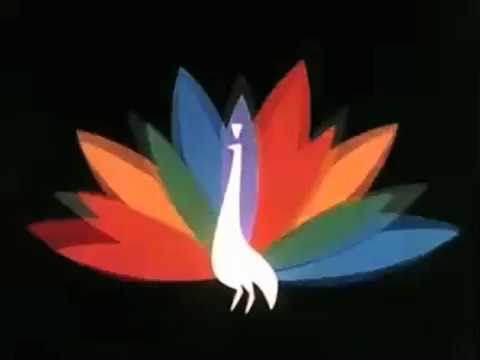 Before Anderson Cooper and Andy Cohen, before Ryan Seacrest and his Rockin' Eve predecessor, Dick Clark, even before the first time a ball was dropped in New York's Times Square, a quintessentially American New Year's tradition was the Tournament of Roses Parade, a celebration in Pasadena, California, that has kicked off each year since 1890. Sixty-six years ago this month, on January 1, 1954, that parade was the first national television program to be broadcast in color.

It was broadcast on NBC, then owned by RCA, which was a pioneer of color TV -- and needed a reason for consumers to want to buy the pricey new sets.

The network was so proud of the achievement it later made a newsreel-type video touting the accomplishment. The voice-over was triumphantly poetic: "Color," it announced, "the fabric of the rainbow, riding piggyback on an invisible stream of electrons."

The first ideas for color television stretched back to the early days of the 20th century. After World War II, CBS researchers developed a mechanical color TV system that was approved by the FCC as the national standard in 1950. But the CBS system was expensive to make, offered bad picture quality and, perhaps most important, wasn't compatible with existing black-and-white TV sets. CBS began broadcasting in color from a handful of East Coast stations in 1951, but RCA -- which had manufactured half of the 10 million or so black-and-white sets then in use -- sued to stop them. (Eventually, the Supreme Court upheld the FCC's decision to permit the broadcasts.) By 1953, RCA scientists had developed an electronic color system that also allowed color programs to be viewed on black-and-white sets. The FCC approved RCA's system as the color TV standard on December 17, 1953.

Few people must have seen the Tournament of Roses Parade broadcast with that full fabric of the rainbow, because the first color TVs with the new RCA standard went on sale only the day before, on December 30, 1953. Those first sets, prototypes rushed to stores, had a 15-inch screen, but they allowed retailers to host viewing parties for the color broadcast from Pasadena, distributed to 21 NBC stations across the country via a special network on AT&T's long-distance lines.

Even as costs inevitably decreased, color television took a surprisingly long time to fully take hold. NBC was the leader in driving color programming -- because its parent, RCA, stood to benefit from color set sales -- but in the summer of 1954 New York residents with a color TV could watch only one color show. In 1956, 486 hours of color programs were aired across the three networks. (There are 780 prime time hours on a single network in one year.) Not until 1964 was color dominant on network TV. And only in 1966 did NBC become the first network to introduce all of its new programs in color.

Later in the 1990s, Americans began switching to HDTV television -- not just color, but high-definition color. And on January 1, 1999, the Tournament of Roses Parade was for the first time broadcast in HD (the first-ever HD Super Bowl broadcast would come at the end of that month). Decades after its color debut on NBC, that HD Tournament of Roses Parade aired on KTLA, an affiliate of The CW.