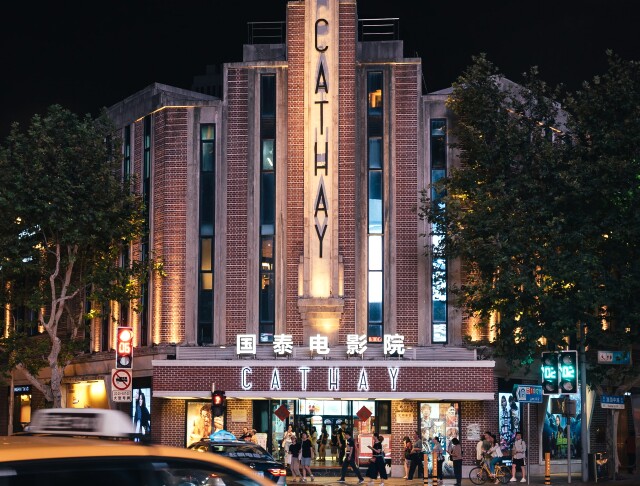 The new age babble that too often passes as profound pronouncements from Silicon Valley's storied entrepreneurs hit a milestone on the road to inanity last week when Mark Zuckerberg rallied the masses at Meta, the rebranded Facebook. Zuckerberg didn't credit Mr. Rogers in prefacing his inspirational note to all hands. But he must have had the be-sweatered icon's sayings for six-year-olds in mind when he wrote to his "Metamates," aka his employees, encouraging them to be nice to each other while vowing they would build "awesome things."

Zuckerberg didn't say whether their task, constructing a new world of virtual reality, would undo the damage they've done in the real one with their algorithms empowering authoritarians to undermine democracy at home and abroad. That presumably is the job of Nick Clegg, the British blueblood and former MP who is Meta's new president for global affairs. If Clegg succeeds in obfuscating Meta's malign impact with Zuckerberg's kumbaya PR, the media giants invested in China should take notes.

For the business press covering entertainment and media, of course, politics occasionally figures in their stories, but mostly they're all about the numbers. The movies' fortunes in China are no exception. While China's $7.3 billion in ticket sales led the globe in 2021, Hollywood's revenues there last year nosedived. Compared to an annual market share that reached up to 50 percent a decade or more ago, U.S. movie sales made up just 12 percent of China's box office in 2021. That's down from nearly a third of the total take just two years ago.

The moviemakers' explanation of the statistics has a reasonable story line: the effects of the pandemic, China's yearly quota admitting only 34 foreign movies, the cap on foreigners' box office share, and political tensions with Washington all hurt the industry. The same folks have touted China as Tinseltown's pot of gold for years, but it's fair to say events helped produce the financial face plant. In short, the studio chiefs can plausibly argue, while the blockbusters are in the can, the gods conspired to keep American hits off China's big screens.

But for the studios and the media giants that own them, the excuses, however mixed and matched, don't really deal with their fundamental challenge in China. Nor do they address the certain prospect that Hollywood's plight is bound to get worse. Indeed, in the world's biggest market, where media bosses were once tumescent over China's growing inventory of theater seats and the huge audiences ready to fill them, that the dream of debuting one smash after another is unrequited shouldn't be any surprise. A new book by Wall Street Journal correspondent Erich Schwartzel helps explain why.

"Red Carpet: Hollywood, China, and the Global Battle for Cultural Supremacy" ably chronicles Hollywood's hyped expectations and miscalculations. Schwartzel unfolds multiple tales: C-suites mesmerized by Chinese theater seats multiplying by the millions; the gush of investment from China's would-be movie moguls in American studios suddenly throttled as Beijing clamped down on their excesses; the importance of China's box office as U.S. ticket sales slide; and the growing domestic dominance of Chinese moviemakers whose "partnerships" with Hollywood, like those in other industries, vacuumed up its know-how along the way.

Schwartzel also draws out the broader implications of China's power over the media giants. Their groveling before Beijing's censors and other political minders is one example. The kowtowing doesn't paint a pretty picture. From MGM replacing Chinese invaders with North Korean bad guys in its 2012 remake of "Red Dawn" to stars like Liu Yifei, the heroine in Disney's remake of "Mulan," who cheered on police violence against Hong Kong protesters in 2019, the studios have a decade-long record of towing the party line to get on China's screens.

Schwartzel isn't the first to flag the consequences. Consider abetting repression. Speaking of the entertainment companies that own the studios and their relations with authoritarian regimes, writer-director Judd Apatow put it this way in a 2020 interview. "They're not going to criticize them, they're not going to let their shows criticize them, they're not going to air documentaries that go deep into truthful areas because they just make so much money." The result, Apatow asserted, is self-censorship. "They have completely shut down critical content on human rights abuses in China."

The effects of Hollywood's complicity are geopolitical as well. From its language schools and aid programs abroad to a growing international news, entertainment and media infrastructure, China by some estimates is investing $10 billion annually to boost its global "soft power."

Whatever their bottom-line reasoning, the American media giants' decision to tailor their movie releases to suit Beijing speaks for itself: A film industry not only willing to whitewash China's realities for Chinese audiences but also to distribute the distorted depictions around the world in service of the regime.

The National Endowment for Democracy laid out China's goals, and implicitly the American movie industry's ethical challenge, in its 2013 report on Chinese censorship. "The objective of Chinese Communist Party leaders is to utilize propaganda to retain high levels of popular support domestically and to improve the regime's international influence. When propaganda messages are … challenged by rival perspectives, their effectiveness falters and sows doubt among both foreigners and Chinese alike."

When it comes to Hollywood's role in offering that rival perspective, as Erich Schwartzel makes clear, don't hold your breath.