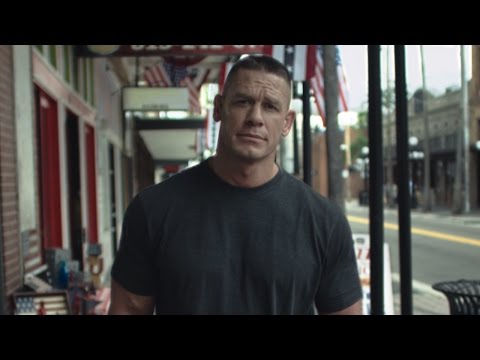 Hollywood doesn't only entertain, and celebrities don't only peddle their stardom.  In fact, for three quarters of a century some of the world's best storytellers from both in front of and behind the camera have partnered with the Ad Council to make the U.S. a better place. That tradition is going strong right now as the Ad Council celebrates its 75th anniversary and launches several campaigns; just last week, Texas born actor Matthew McConaughey lent his voice to a new public service advertisement encouraging Americans to donate to Hurricane Harvey relief, (The Ad Council is also behind creative to accommodate both disasters.)

Silence, The Wolf of Wall Street, Babel, Argo, Brokeback Mountain and now lung cancer prevention have one thing in common: Academy Award-winning cinematographer Rodrigo Prieto.  He's the director of the Ad Council's recent public service advertisement to educate Americans at risk.  It's 25 seconds of storytelling at its most engaging, tapping Prieto's passion for change.

Another Hollywood personality who knows something about character development -- pro wrestler and movie actor John Cena -- is now starring in the Ad Council's "Love Has No Labels" campaign.  In a sequel to the initial Emmy-winning PSA, Cena strolls through an all-American small town and, looking directly into the camera, urges us to "love beyond age, disability, sexuality, race, religion and any other labels."

The celebrity's appearance and Prieto's directing are the kinds of partnerships between Hollywood and the Ad Council that go back to the very beginning of the organization during World War II, when its war bonds campaign featured stars like Bob Hope and Humphrey Bogart.  Before television the actors appeared in films and radio, encouraging Americans to "help keep prices down" and "buy an extra bond."  When the war was over the Ad Council began to focus on civilian themes and built on its relationship with Hollywood to highlight and influence important issues.

Smokey Bear was born in 1944, and his wildfire prevention message continues today.  Over the years, Hollywood icons have put their mark on the campaign, with Bambi making an appearance and Rod Serling giving the message his Twilight Zone treatment.  Since 2011, actor Sam Elliott has been the voice of Smokey, reminding everyone that "Only you can prevent wildfires" in that Western wide-open spaces cowboy way that makes us all listen.

Which is exactly the point. "Just like we’ve seen with movies and TV shows, advertising that works is advertising that tells a good story," says Ad Council President and CEO Lisa Sherman. "So it’s no surprise that for 75 years some of our most impactful campaigns have been in partnership with Hollywood stars -- both in front of and behind the camera."

The Ad Council mission is to power the pro bono efforts of the media, advertising and communication industries in order to address the most pressing social issues facing our country.  In the same way that Hollywood casts the right actors in the right roles to sell movies and make us believe, the agencies and creatives that partner with the Ad Council cast the right Hollywood talent to engage us and make us take action.  So, along with Sam Elliott giving voice to Smokey Bear, Halle Berry is featured in the MLK Memorial Foundation PSA and Ariel from The Little Mermaid is in the Ocean Awareness campaign.

That star power and casting works.  It's crucial to making change.  That "Love Has No Labels" campaign with John Cena has captured more than 80 million views of the video alone, and American attitudes toward bias -- though with still a long way to go -- have improved since the campaign launched in 2015.  And those Hollywood icons who support wildfire prevention?  In the first 60 years of the Smokey Bear campaign, loss of forest land from fire was reduced by two thirds.

Scores of Hollywood bold face names have committed themselves to some of the most important causes tackled by the Ad Council.  In addition to wildfire prevention and antidiscrimination, campaigns on health have attracted some of Hollywood's best-known personalities: Bob Hope helped promote high blood pressure monitoring and treatment; Sharon Stone, Penny Marshall and Patrick Dempsey have been featured in the American Stroke Association campaigns, and Elizabeth Banks lent her voice to American Heart Association's "Go Red For Women" movement.  In the 1980s megastars Meryl Streep and Robert De Niro among others were featured in the Ad Council Red Cross AIDS Campaign while Muppet megastars Cookie Monster and Elmo promoted healthy eating habits.

Leveraging Hollywood voices makes memorable Ad Council projects and, like Sam Elliott, many of them are unmistakable.  Known as "Hollywood's voice of God," Morgan Freeman narrates the Save the Children "Mentor a Child" campaign.  Jason Alexander is "Seemore Smoke" the animated smoke detector in the "For a Safer America" series which also featured Gilbert Gottfried.  Jodie Foster voiced for the National Cancer Foundation PSA, while Alec Baldwin put down a track for Americans for the Arts.   Who wouldn't recognize Tom Selleck doing a voiceover for the Fatherhood Initiative PSAs or Jeanine Garafolo for the Library of Congress spots?

Further, since James Earl Jones spoke the words "A mind is a terrible thing to waste" decades ago, people have been taking out their checkbooks and making donations to the United Negro College Fund.  Together Hollywood and the Ad Council are making a difference.