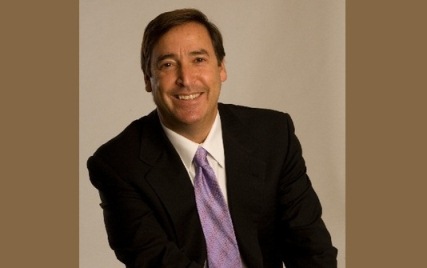 This Thursday October 18, Horizon Media CEO and Founder Bill Koenigsberg will receive the IRTS Mentorship Award at theIRTS Hall of Mentorshipdinner at the Pierre Hotel in New York, In addition to Bill, the event is honoring Dennis Swanson, president of Station Operations for Fox Television Stations; Cox Media Group; and TiVo. In October, 2003 when Horizon, now an almost $4 billion company, was approaching $1 billion in billings, I met with Bill for Lunch at Michael's. Following is an updated version of my interview.

Bill Koenigsberg went to college at the University of Miami expecting to become a professional tennis player. He had trained in Port Washington with the legendary Harry Hopman, along with Vitas Gerulaitis and other future greats, was runner-up in the New York State singles competition and won the junior doubles championship at 17. But he muses, "I was passionate about tennis but I injured my ankle. Once I found other things at college to occupy myself, it was tough to dedicate myself to the sport again."

As a marketing major, he was involved in a statewide Florida advertising competition for the American Heart Association. No one else volunteered to be media director, so Bill took on the responsibility. "I did a primary research project interviewing people outside of supermarkets," he recalls, "and came up with some innovative ideas about media placement connected to eating schedules and habits. We came in second statewide. It was my first entry into the world of advertising."

Today, Bill owns and runs the world's largest private, fully independent media specialist organization, Horizon Media, which he founded in 1989 and has built to nearly a $4 billion company with over 800 employees and has grown its Global Columbus network to 40 countries and 80 territories around the globe. Bill came to New York after graduating college in the mid-1970s, but quickly learned that "it was nearly impossible to break into the ad world. An MBA degree was required just to get an entry-level position, and media departments required applicants to take an intensive math exam. I was awful in math," he admits.

His sister "was dating someone, who knew someone, who knew someone else who worked at the legendary media buying service Ed Libov & Associates." Bill got a job as a trainee for $8,500 in annual salary, although he admits he did not even know what a media buying service was at the time. "I figured I would get my foot in the door and then move over to the 'real' world," he laughs. But he stayed for eight years and when Libov passed away suddenly in 1981, Bill was one of the management team that ran the organization for another three years.

When Virginia based Media General opened a New York office to expand its barter media operation, they brought in Bill to manage it. While the company was successful, Wall Street pressures required that Media General shed its non-core assets, and Bill made a successful bid to take over the company. At the time, media departments had not yet unbundled from their parent agencies, media buying services like MBS, SFM, DeWitt, and Western International were slowly gaining marketplace credibility, and Bill believed there was tremendous upside for independent media buying operations. What he did not expect was a major recession, nor did he expect one of his largest clients to declare bankruptcy and leave him with a $1.5 million dollar media obligation. "The first few years were incredibly difficult, but my competitors started to be acquired, and the future as an independent looked excellent."

As a company, Horizon has given to over 60 different charities in 2011, with total contributions approaching close to $1 million dollars. Bill sits on the Board of City Harvest, The Partnership at Drugfree.org, International Radio and TV Society and the 4A's. Horizon Media manages pro-bono work for City Harvest, The Partnership at Drugfree.org and the Prostate Cancer Foundation. Every year, Horizon Media sends a team of 20 employees to El Salvador with Habitat for Humanity to participate in building new homes for families in need. Bill is a strong supporter of the Wayuu Taya Foundation and has a school house named after him in Venezuela which he helped to build.

There is no better example that showcases Bill, then when he responded to a story on 60 Minutes that aired on November 27, 2011 called: Hard Time Generation,about families living in cars in central Florida. The piece interviewed families who were negatively impacted by the economy – parents who lost their jobs, without any savings left and unable to provide for their children; families forced to live in cars or on the street, bouncing from one unknown to the next, without a plan to get back on their feet. After watching this piece, Bill was determined to house at least one family, the Metzgers -- Ariel, Austin, the Dad and their dog, Lord have Mercy, who were living in their truck. The family is now living in a three bedroom house, walking distance to the children's school and with a backyard for their Great Dane to roam free. His efforts provided safety for the Metzger's and he gave them hope and a brighter outlook for their future.

Whether its tennis as a young man, his marriage and children, Horizon Media and its employees, or his pro bono work, passion is the common denominator in all of Bill's commitments. For information on the IRTS dinner and to purchase tickets visit http://irtsfoundation.org/hall-of-mentorship.html or call Joyce Tudryn at (212) 867-6650, ext. 11.