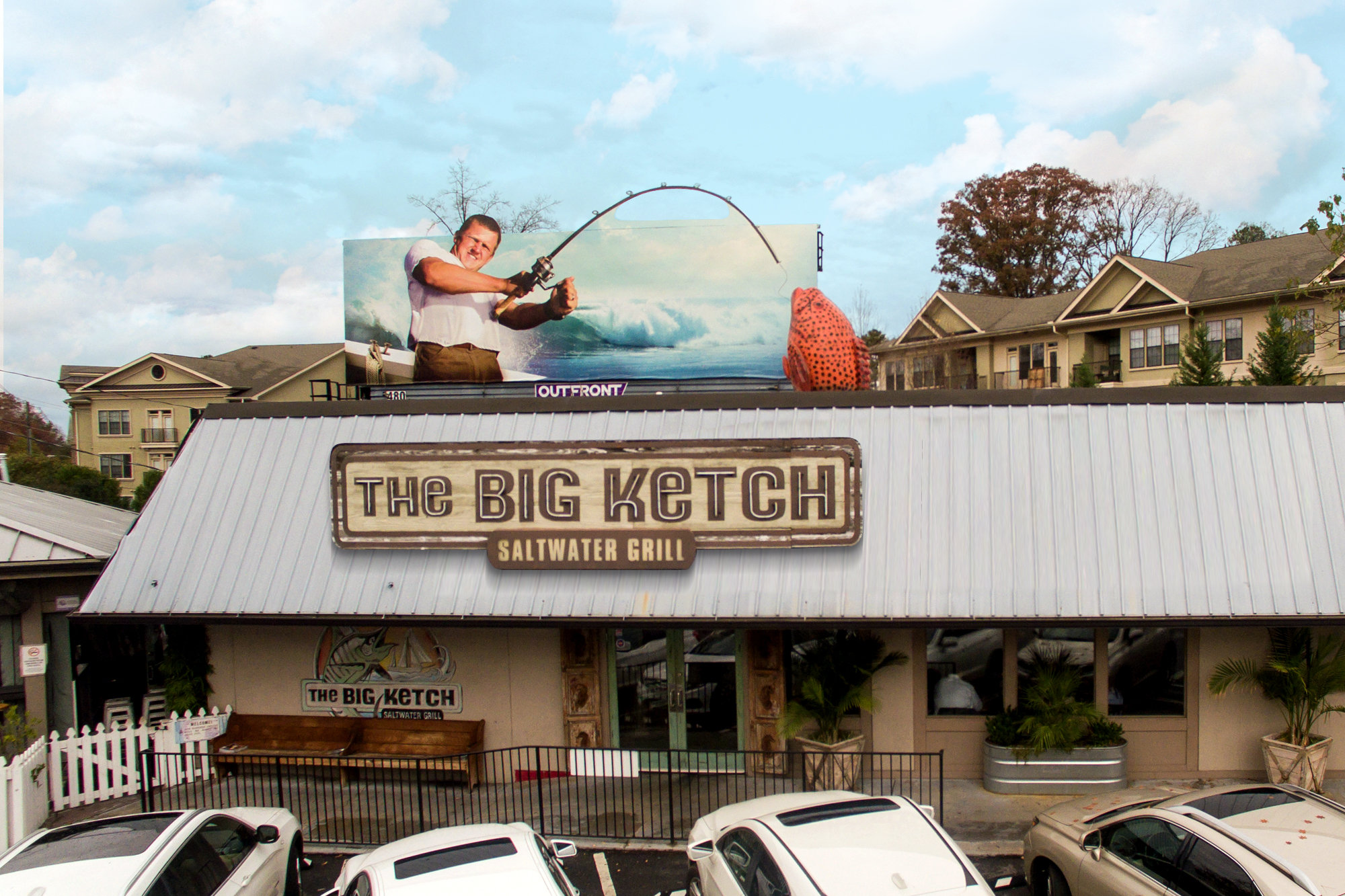 When a company signs on with Outfront Media as a customer, our creative arm, Outfront Studios, is part of the deal. The team of creatives are instantly committed to designing an ad or campaign that not only speaks to the company’s consumers, but engages them. The Outfront Studio team understands the medium we provide and how best to communicate brands across that medium.  Now let me clarify something: This creative service is of no use to a client if they come with a check list for our creative department to translate to a billboard. It’s a lot like telling a chef exactly how you’d like your meal prepared. There is little room for creative exploration or surprise.

I’m reminded of a particular restaurant chain owner who came to us wanting to advertise his new seafood restaurant. He had his own ideas of what makes a billboard successful. Meanwhile, internally we imagined a campaign that placed a huge 12-foot inflatable fish connected to the torso of an even larger 18-foot fisherman on a billboard atop the restaurant. The design was intrepid and the makings of an unforgettable ad, a one-of-a-kind experience. But the owner was understandably cautious. This was his business, his life’s work, his baby.

In response to the proposal, he grabbed the sketch book of one of our designers, drew a billboard, and said, “This billboard is 100% effective.” Then, he proceeded to draw a second billboard with a line down the middle, splitting it in half, and continued, “Now, based on my calculations, each half of this billboard is 60% effective. That makes a total of 120% of effective billboard if I use this billboard for advertising two of my restaurants.” We’re not sure where those calculations came from.

Understandably, the restaurant owner wanted to get the most bang for his buck by advertising two restaurants for the same price. What he did not understand was the nature of out-of-home (OOH) advertising -- what works and, importantly, what does not.

Our in-house creative efforts reach their true potential if the client trusts that our Outfront Studio team understands their unique needs -- their customers’ needs -- and gives us the space to design for the medium we love, OOH. That trust culminates in an ad/campaign that’s been crafted specifically for the client with the latest in eye-catching techniques, whether that’s using 3D air-sculptured vinyls or billboards that glow at night and change messaging at will. The possibilities are limitless.

I get it. Our clients’ business is their lifework. It’s their reputation at stake. Trusting other people to communicate your company’s essence to others is difficult. Despite all the benefits and advantages associated with letting the experts take care of what your business needs, it is still your baby. For the restaurant owner, those restaurants were and still are, his babies. His intent was to do what was best for his business even if that meant creating an ad that would be largely ineffective.

Eventually after several meetings, showing examples and mock-ups and walking the restaurant owner through the process, we did in fact end up with one ad on the billboard featuring the huge fisherman and the inflatable fish. The team did a fantastic job, and I’m happy to say that plenty of people have commented on it and told the owner that “his baby” is beautiful.

Eddy Herty is a man who loves what he does. After graduating from Louisiana State University, he spent some time interning at a large agency in New Orleans. His heart wasn't into it, and when Hurricane Katrina hit, he decided to take a chance and find th…