How Amazon and Facebook are Changing the Definition of Marketing 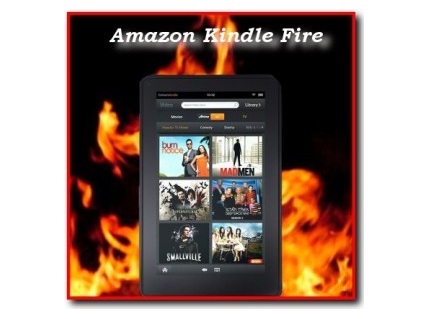 Amazon recently released new versions of its Kindle e-reader and expanded the brand to include high-quality, low-cost tablets, dubbed Kindle Fire. The Kindle Fire line of tablets is designed to be seamlessly integrated with Amazon's digital media offerings, which include Prime Videos (a Netflix-style aggregation of videos for rent or purchase) as well as the Kindle bookstore (for e-books) and Amazon's digital music service (selling mp3 downloads). Many industry observers are calling this nothing less than a revolutionary move that will disrupt the hardware and computing industries.

The reason for this is because traditional tablet manufacturers, such as Motorola, Apple, and Samsung, are threatened by this strategy. Here we see a company with a catalog of media assets looking to leverage this competence by commoditizing tablets to sell media. And only media. Apple also has media assets in its arsenal via iTunes, though as the company's "DNA" is more rooted in the computing industry rather than e-commerce, it excels at selling luxury hardware rather than commoditizing hardware to generate e-commerce transactions.

To more clearly understand the disruptive nature of the Kindle Fire, let's take a closer look at the key details of Amazon's latest announcement:

1. The Kindle Fire is priced at $199. Given that the tablet's variable cost of production is estimated to be approximately $209, Amazon is selling this at slightly below cost of production. In other words, this product is a loss leader designed to increase Amazon's share of the customer wallet-- to generate more e-commerce sales. Specifically, the Kindle line is meant to be a line of computers designed for content consumption -- like purchasing mp3s, e-books, and digital movies, all of which can be done on Amazon.com.

2. The Kindle line of computers is also built atop a forked version of Google's Android operating system. By working off an open source solution, Amazon is reducing its cost of production, which in turn facilitates the strategy of using the tablet as a loss leader.

Amazon's strategy is likely to be imitated by others, particularly niche content companies and social networks that already possess a robust catalog of media. The hardware is also likely to increasingly be designed to operate in social networks centered around digital media. Kindles are evolving into networking documents, as e-books sold through the Kindle store denote passages that have been highlighted frequently by users as such.

A relevant but different idea (one that is more geared toward content production) is that some smartphone manufacturers are building Facebook connectivity into their hardware -- meaning there is actually a Facebook button on the phone, allowing users to post even more easily to Facebook. As the trend of media and social networking companies disrupting the computer industry continues, we may see Facebook unveil its own line of mobile computers (as has already been hypothesized) geared toward consuming content on its own social network.

And of course, these tablets and e-readers are also advertising delivery mechanism, and pave the way for ads to be even more personalized. All of this facilitates media-based social networks extracting a greater share of customer wallet via the sale of computing devices designed specifically to interact with the aforementioned media network.

The end result? A world in which the price of tablets continue to fall, as content production companies use tablets as loss leaders to sell advertising and their own media assets. Firms with a catalog of exclusive digital media -- like Netflix, Demand Media, Apple, and Amazon, among others -- are the ones to watch here; look for them to grow by getting a bigger share of their customer's wallet rather than simply amassing more customers.

The next step that follows shortly after the commoditization of tablets by media companies is the rise of application ecosystems for these tablets. Again, Amazon is blazing the trail here, as the firm is already in the process of creating its own curated application system. Amazon's ability to govern a platform here -- to manage the interests of all stakeholders, including application developers, content publishers, customers, and shareholders of Amazon -- will be critical to its success, and thus illustrates the competence that media companies will increasingly need to develop: the ability to transform into a niche computing platform with diverse interests.