How BuzzFeed’s “AM to DM” Is Transforming Morning News 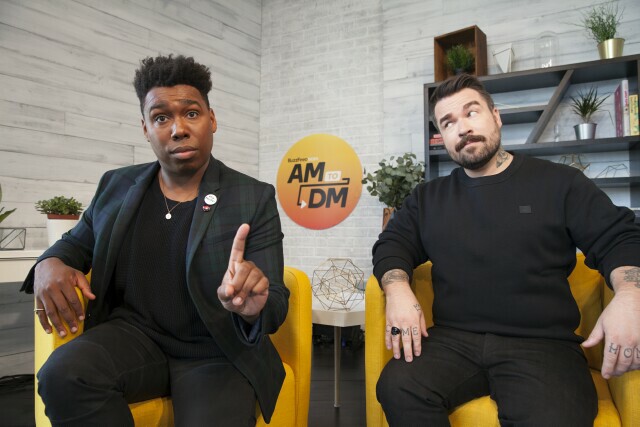 Up on the 16th floor of BuzzFeed’s New York City headquarters, an operation has been underway that’s completely changing live programming: AM to DM, the media company’s foray into morning news.  As the first news show to stream live on Twitter five days a week, it’s bringing a young, savvy perspective on news and pop culture to one million viewers daily, adding life to the conversations we have on Twitter and incorporating authentic sponsored content along the way.

AM to DM isn’t BuzzFeed News’ first time at the live streaming rodeo: Back in November, BuzzFeed News and Twitter partnered up for election coverage.  The success of the venture led to talks about regular programming.  Morning news was “so far away from anything we’d ever done,” recalls BuzzFeed’s Head of U.S. News, Shani Hilton, who plays an advisory role for the show.  “But Twitter came to us and said that’s what they wanted to work on with us and we were like, ‘OK. Let’s try.’”

A Balance of Topics and Guests 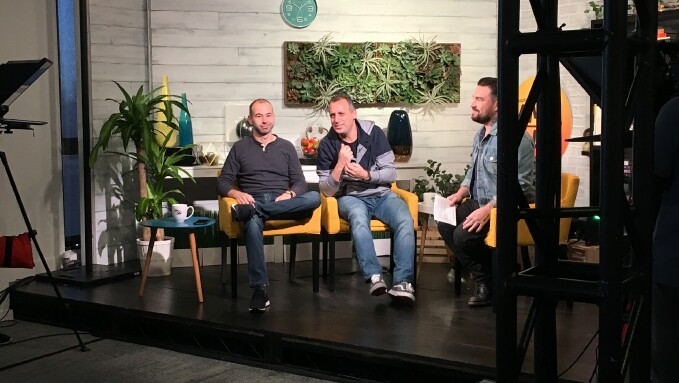 Notably, AM to DM knows how to balance pop culture and hard news.  “That’s the spirit of BuzzFeed News; we can debunk ‘fake Melania’ but also drop a really big investigation,” says Hilton, adding that BuzzFeed News stories are often broken on the air.  “It makes the show feel really urgent,” she says.  That urgency undoubtedly factors into the show’s popularity among Millennials, who make up 78 percent of the audience. But there’s no explicit strategy for engaging with the demographic: It’s an inherent connection that results from the delivery platform and the BuzzFeed staff being a mirror image of its viewers.

“You can’t fake the funk -- it’s just who we are,” says Jones, who prefers to skirt labels like “Millennial.”  “We’re trying to think genuinely, like ‘What are we wondering about?’ because chances are people out there are wondering, too.  I think if you’re under the age of 35, if you are a queer person, if you are a person of color, then you’re used to not seeing your questions honored or answered on -- certainly morning shows, let’s be real -- but in general a lot of shows.  It’s exciting when you feel like your questions are being answered.  That’s a powerful moment.”

Creating a show “for a Twitter audience,” as Fitzgerald explains, means that the hosts are a part of the conversation.  “We’re not explaining the conversation to you, which is something you see on a lot of other outlets,” he says.

Discussions on Twitter aren’t “on the sidelines,” adds Jones.  “It’s the game.”  The hosts and their colleagues in the set’s adjoining conference room keep their eyes on their timelines as the show airs, getting visual assets cleared and responding to viewer feedback with lightning speed -- a hassle that’s worth it, says Jones.  “[People watching] the show are very savvy about news, they’re passionate about news, and they’re passionate about Twitter,” he continues.

This idea extends to the show’s advertising as well.  Populating AM to DM are commercials and sponsored segments, the latter of which Hilton and Vanegas-Gesuale create to feel 100 percent authentic.  “The requirement for us is, does it feel like something we would do anyway, that an advertiser can put their name next to?” explains Hilton.  “The way that we think about it -- and I think advertisers feel the same -- is it's only going to be good if it feels true to our voice and our spirit.”

One such example is the Wendy’s-sponsored “Science Says” segment during which BuzzFeed News reporter Lam Vo revealed how to discern a Twitter bot from a human. These segments are so seamlessly integrated with the rest of the show, says Jones, that the tele-prompter will display “Work-Safe Language” to remind him to watch his tongue. Beyond that, the brands play no editorial role in the content.  (Neither does Twitter, for that matter, meaning that Jones and Fitzgerald can comfortably talk about issues such as harassment on the social media platform, with hopes that founder and CEO Jack Dorsey will take note.)  “Advertisers trust that we know what we're doing,” says Hilton.  “We’re really flattered by the advertiser interest.  It’s been really cool having great partners see the potential in this thing that never existed.”

The AM to DM team can’t say for sure whether their show will mark a shift in live programming on Twitter but, according to Hilton, much can be learned from the ambitious endeavor, like for media companies to try new things and for advertisers to “trust the voice of whoever you’re working with.”  But at the end of the day, the BuzzFeed team is simply having fun.  “It feels very much like early BuzzFeed days,” says Hilton. “It’s just making something completely new and having a great time doing it.”