How Corporate Social Responsibility Can Help End Ageism in the Workplace 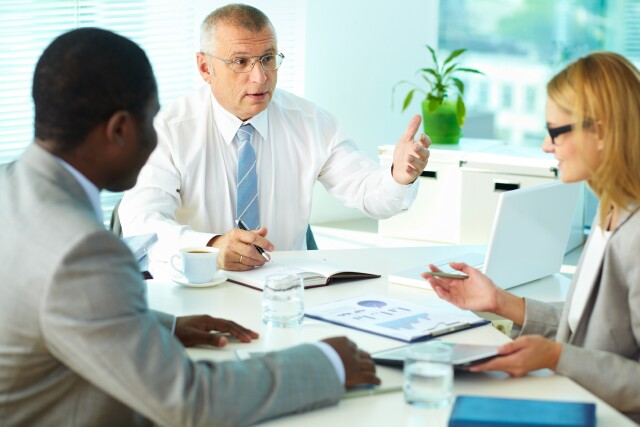 In September 1970, superstar economist Milton Friedman published an essay in the New York Times Magazine that was widely received as a manifesto for free-market capitalism. In his "The Social Responsibility of Business Is to Increase Its Profits," Friedman, who had achieved celebrity status by his regular appearances on television talk shows, made the convincing case that the only job of corporations was to make money for themselves and their shareholders. Greed was good for everybody, the essay implied, with any social good to trickle down from those who financially benefited from corporate avarice.

A half century later, the "essay heard round the world," as the same publication called it, was deemed as obsolete as the Ford Pinto. CEOs of major corporations, university professors, contemporary economists and other pundits were invited to offer their thoughts on the piece against the backdrop of the much different business climate that had emerged over the past generation. "The decades since have only exposed [Friedman's] myopia," Marc Benioff of Salesforce commented, a sentiment that most of the contributors expressed in some way or another.

What had happened to turn Friedman's classic work from a roadmap for businesses to follow into a danger zone to avoid at all costs? Three words: Corporate Social Responsibility (CSR). CSR is among the most popular pursuits in business today, a very good thing towards achieving a more equitable society. The goals of CSR are particularly well-aligned with the principles of age friendliness -- being inclusive towards older people as workers, consumers and citizens. Unlike DEI, which has essentially ignored ageism, the ascent of CSR is good reason to be optimistic that older people in America have a chance of being treated fairly in the workplace.

With businesses taking social responsibility seriously, discrimination against any group will, at least in theory, not be tolerated by employees, consumers and investors, something that bodes well for ending ageism once and for all. Within the diversity and inclusion universe, race and gender have led the way, and now business is increasingly supporting the rights of the disabled and LGBTQ+ communities.

Like diversity and inclusion, social responsibility is being woven into various organizational departments, a clear sign that it not a passing fad. "CSR has become the weapon of choice for what is known as, in corporate speak, the three R's: Investor Relations, Human Resources and Public Relations," Sam Hill wrote for Newsweek in 2019, citing Starbucks' use of "ethically sourced" coffee as a prime example of the newest version of social responsibility.

"Sustainability" has become the most commonly spoken and heard buzzword in CSR circles, extending the use and meaning of the term from its environmentalist roots. In August of that year, almost two hundred CEOs of the nation's biggest companies signed a Business Roundtable statement committing to managing their organizations not just for shareholders, but also for customers, employees, suppliers and communities. Experts in the field maintain that CSR efforts are measurable, satisfying those concerned about the haziness of nice sounding but less than quantifiable phrases like "doing well by doing good."

The Call to Action

With good now the new cool within the world of business, it's an ideal time for Big Business to embrace age friendliness in any and all ways.  Although aging is arguably the biggest story of our time and place, at least from a people perspective, it is conspicuously absent from the corporate social responsibility conversation. Call it what you will -- conscious capitalism, elevated economics, woke capitalism, sustainability or greening -- CSR and its sibling ESG have yet to acknowledge the major injustices routinely and consistently directed to older workers, consumers and citizens.

Why is this so? Great strides have been made with regards to equal rights for women and people of color in the workplace and elsewhere, and many companies are now actively taking progressive steps to support the LGBTQ+ community. In 2021, for example, Alliant Energy, Franklin Templeton and TIAA were each named by the Human Rights Campaign as a "Best Place to Work for LGBTQ+ Equality," designations that were proudly announced in the media.

Is there a similar designation for "Best Place to Work for People 50 Years Old or Older"? If not, why? Don't older Americans deserve the same rights and protection afforded to other groups that have experienced discrimination? The message being sent by Corporate America is that the tens of millions of Baby Boomers are less deserving of full equality than others, a strange and disturbing thing.

Similar action needs to be taken with regards to older workers, consumers and citizens if full equality is to be realized. Businesspeople of all levels should think about how to apply age friendliness into their CSR plans and programs, finding them to be complementary and synergistic.