How Discovery and Macy’s Made Prom Dreams Come True 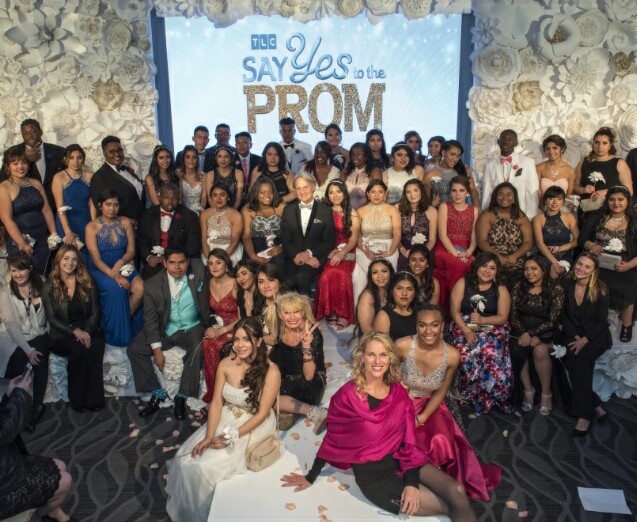 Over the next few weeks, some 3.5 million students are slated to graduate from high school. But first?  That other spring ritual for students: Prom, a rite of passage that comes with an increasingly expensive price tag for everything from formalwear to luxury car service. Understanding that those costs can be prohibitive for some, Discovery Communications’ TLC and Macy’s came together this year to successfully dress many across the country who might otherwise not have been able to attend.

Recognizing a golden opportunity for the consummate 360 campaign, and the tremendous opportunity to do good, TLC just completed its sixth annual Say Yes to the Prominitiative, this time working alongside Macy’s as its premier retail partner.  Doing so was a win all around. “It is a great way to take the Say Yes to the Dress name and expand beyond TLC as a linear network to take online, to take in-store -- and for a brand like Macy’s to leverage that brand equity,” explains Josh Trager, Vice President National Advertising Sales, Discovery Communications.

The department store is a long-time partner of the network, which recognized that TLC’s popular Say Yes to the Dress franchise could grow that partnership well beyond linear ads.  The collaboration began with the licensing division.  As it grew, the next step was being supported by interactive video, offering links from which people could shop, driving revenue to Macy’s.

Then, Macy’s joined the Say Yes to the Prom giveback initiative and donated more than 2,500 fancy frocks to deserving girls.  As part of the program, Macy’s was also incorporated into the series of five giveback events and TLC’s Say Yes to the Promspecial.  On-air and social media promotions followed. “For Macy’s partnership, we were trying to hit the key prom dress buying season, which starts in February through all of March and mid-April,” Trager says. “Much of what we have created taps back to key prom-buying season.”

TLC kicked off events in late January in five cities across the country: New York, Los Angeles, Dallas, Miami and Silver Spring, Maryland, where Discovery is headquartered.  If January seems early, consider that girls start daydreaming about prom some time in middle school.  By winter of senior year, preparations kick into gear.  The dress must come first.  Around it, accessories are chosen and hair and makeup are customized, but it all starts with the right dress.

The network relied on school officials to point them toward students who were both economically and academically deserving of the opportunity.  Men’s Wearhouse donated tuxedos for the boys.  “In each event city, Discovery employees volunteered to be mentors to each of the girls and spend a day helping [each one] pick out a prom dress and pick out a hair style and makeup and accessories and shoes,” Trager says.  “Everyone came back feeling great that they have helped an underprivileged yet very deserving young girl get a makeover and prom dress that she otherwise 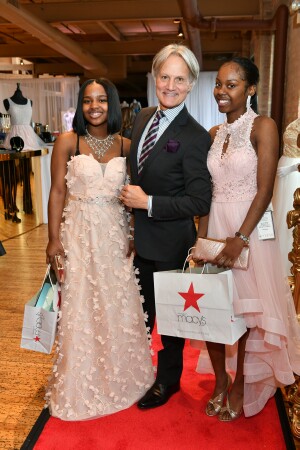 From a programming standpoint, as the special reveals the girls’ stories it pretty much dares viewers to watch without crying.  These girls are good students, good people and many had figured they simply would skip prom because it was financially out of reach.  Just as with the original, Say Yes to the Dress, which reached a milestone 10-year anniversary in January, the prom dress special brings viewers into the big decision, watching as the girls light up when they realize they can have the dress of their dreams. (Say Yes to the PromandSay Yes to the Dress: Atlanta host Monte Durham is pictured with two lucky girls.)

As a retail extension, Macy’s launched an exclusive line of Say Yes to the Prom branded dresses and jewelry.  Branded shops were set up in 200 of the top Macy’s stores within the junior department, where prom dresses sell for $149 to $189 and jewelry ranges from $10 to $28.

“This is a great case study of how, in our evolving world of television, people are consuming content differently,” Trager notes.  “It’s great for a partner like Macy’s to get their message past a 30-second spot and during prom season to take an existing program we already had and deliver a successful 360 program.  The icing on the cake is to give back to the community while also being able to support a great cause.”

The special, Say Yes to the Prom, with Say Yes to the Dress host Monte Durham, was recently telecast on TLC and OWN and is currently available on TLC Go.  Mindful that schools stagger proms throughout the spring, this cause initiative wrapped at the end of April to give girls enough time to get their looks together.

The initiative has grown exponentially in its six years, with over 1,000 students benefitting this year alone.  In an effort to go well beyond the dress and tuxedo, the Say Yes to the Prom initiative also features mentorship, internship and scholarship opportunities to help students prepare for college and careers.

Proof?  Some of the program’s prom dress beneficiaries now work at Discovery Communications as interns.