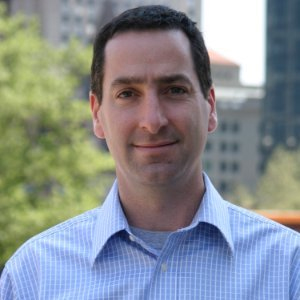 How is the COVID-19 virus influencing consumers' behaviors, attitudes, and expectations? Kantar has a pulse on the subject according to Chief Digital Officer Stephen DiMarco (pictured at top), with the recently released COVID-19 Barometer. This global study measures, "the perspectives of over 30,000 consumers across more than 50 markets. The study answers questions like, 'How are behaviors and attitudes changing?', 'How should my brand be responding and supporting our consumers?' and 'Which touchpoints are now more relevant' among others. It is designed to help the marketing industry help lead reactions within their businesses in the coming weeks and month," he explained

Charlene Weisler: Have you seen differences and changes wave to wave?

Stephen DiMarco: Here are some of the key differences we saw in Wave 2 compared to Wave 1:

Weisler: Were there any surprises?

DiMarco: I think we were initially surprised by how much people are not concerned with getting sick. Their fears are around impact on their daily life (including financially) and the economy, but not actually contracting the virus. Trusted sources of information differ by country. When thinking through this it makes sense, but it does highlight some of the distrust of government/media in the US specifically. We don't see a lot of 'new' online purchasers, so while online shopping is becoming more prevalent it is not necessarily because of new people trying online shopping. People seem to think online purchasing will increase in the future but going to the store is one of few excuses to leave the house for many.

Weisler: What about concerns by age and gender?

DiMarco: With Age, generally, concern is high but grows with age; the 69% of the youngest (18-24) are concerned, and each age group progressively increases through to the 55-64-year-old group, where 79% have high concern. In China, concern is higher than the world average, with 90% or greater of each age group showing high concern. In Italy, concern is more aligned with the global average (in the 71-80% range) and follows the trend that younger consumers are slightly less concerned than their older counterparts. In the US, concern is lower than the global average in almost all age groups (except 35-44, 79% highly concerned). Even fewer younger people show high concern, only 64% of 18-24 and only 57% of 25-34. With Gender, generally, females show greater concern than men – 77% to 70%, respectively.

Weisler: What 50 countries are included?

Weisler: What are the differences in attitudes by country?

DiMarco: We looked at some of the key countries being covered around the pandemic – China, Italy, and the US. Concern regarding the virus seems to follow the timeline of geographic spread (greater in China, then Italy, then US). Italy indicates the greatest impact on daily life, while China has especially low expectations on the economic future. Consumers in the US and China indicate higher preparedness in terms of increased shopping.

Weisler: And what about concerns by key markets?

Weisler: What would you say are the topline takeaways?

Weisler: What do you think this means for the future?

DiMarco: This will cause a forced trial of new brands because of price sensitivity, availability, where people are shopping could lead to long term changes in purchase behavior. Focus on hygiene is likely here to stay and could cause changes in behaviors: Sustainability, Cashless purchases, Hygiene related behaviors.