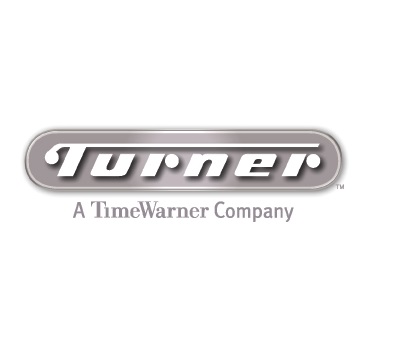 Time Warner’s Media Lab is a research facility with state-of-the-art capabilities to help create and observe multi-media experiences and draw insights about consumer behavior. Utilizing the space in 2012, Turner Broadcasting, in partnership with Innerscope Research, used biometrics, behavioral coding and eye tracking to identify how people interacted with second screens while watching TV. The study yielded The Five Principles of TV, Social Media and Second Screen Engagement. The research explored how the use of smart phones, tablets and social media consumption impact TV viewing, finding that social viewing had higher engagement than solo viewing. A noteworthy finding was that audio cues from TV advertising are an effective mechanism for re-engaging viewers -- or creating “snapback” -- of viewers’ attention back to the TV screen, away from their second screen.

In 2014, Turner Broadcasting wanted to expand on that research and dig deeper into this space as simultaneous platform consumption while watching TV continues to grow. In continuing Turner Broadcasting’s thought leadership and advance understanding of “snapback,” the goal was to identify best practices for the creation of television ads that will be viewed in a two-screen environment, by finding effective ways to drive consumer attention from their second screen back to television. Once again the study utilized Innerscope’s biometrics and behavioral coding, along with custom survey research from Ameritest.

The current study showed that the type of audio played a role initiating “snapback.” One example was a fast-paced ad for a telecommunications provider that successfully used upbeat, rhythmic music to refocus viewers’ attention back to the primary TV screen. The team also discovered that contrasting audio cues -- for example, alternating silence with distinct sounds -- also brought attention back to the TV screen. Alternatively and not surprisingly, wake up cues like sirens or alarms also can trigger “snapback” effects.

Ads that Elicit Emotion are Effective in Driving Sustained “Snapback”

The study also shed light on the characteristics of TV ads that garner the most viewer attention. Custom creative that incorporates celebrities or show talent sustains a higher and more sustained level of engagement compared with more typical ads. This effect is amplified when those ads run in context -- for example, an ad in sports programming that features an athlete or reference to the game context can be a powerful driver of higher levels of engagement. A supplemental survey also showed that humor and emotion, in addition to music, acted as effective hooks for grabbing attention. When these emotional elements were utilized immediately before key branding moments in the ad, the study showed a more positive attribute rating for the tested brands.

But even standard ads that do not take advantage of custom creative receive a residual halo when they follow custom humorous or contextual ads. The trailing ads show higher attention and engagement compared to standard ads in other positions.

States of Higher Emotional Engagement Help All Ads in a Pod

Another noteworthy finding of the first study was reaffirmed in the most recent study -- that attention drop-off from the TV content within ad breaks was lessened when viewers had a second screen. The overall levels of viewer engagement remained elevated into the break because attention to second screen content generated an emotional response as viewers experience a choice of content to drive their emotions. As a result, it was easier to sustain higher levels of engagement with the TV screen once “snapback” occurred given this enhanced state of engagement. The presence of the second screen is a positive for brands whose ads employ the creative elements that generate “snapback.”

The research also showed that engagement remains high through the commercial breaks among dual screen users and engagement declines through the break among viewers who did not use a second screen.

Think About Timing of “Snapback”

The current study showed that most “snapbacks” occur early -- within the first 10 seconds of a 30-second ad. However, while this is an important tactic to drive attention early in a commercial, advertising still needs great creative and thoughtfulness of when to use audio cues to initiate “snapback” to drive engagement right before key branding moments in commercials.

This innovative research suggests that both marketers and television networks can benefit from following best practices for optimizing TV ads in a second screen environment.Marketers should focus on grabbing attention early, especially at pivotal branding moments; utilize effective audio cues; and connect emotionally with viewers with great stories and incorporate humor whenever possible. Further, networks should focus on creating opportunities for second screen engagement by connecting with viewers through social media, providing contextually relevant content and offering custom advertising solutions that leverage the “halo effect” from high-performing ads.

Turner Research has recently presented this research to our own creative teams, so we can start to utilize these best practices for all the promotions and integrated marketing spots that we create. Turner Broadcasting will continue to invest in innovative research, data and analytics to better understand audience behavior across all screens through partnerships like this with Innerscope and utilizing the Time Warner Media Lab with future advertising partners.

leads the day-to-day management of the company’s television and digital research professionals supporting the domestic Turner networks and businesses.

Dr. Carl Marci is Founder, Chairman and Chief Science Officer of Innerscope Research. He received his B.A. at Columbia University, his M.A. at Oxford University as a Rhodes Scholar and his M.D. at Harvard Medical School.