How Saying "No" for 24 Hours Will Change Your Life 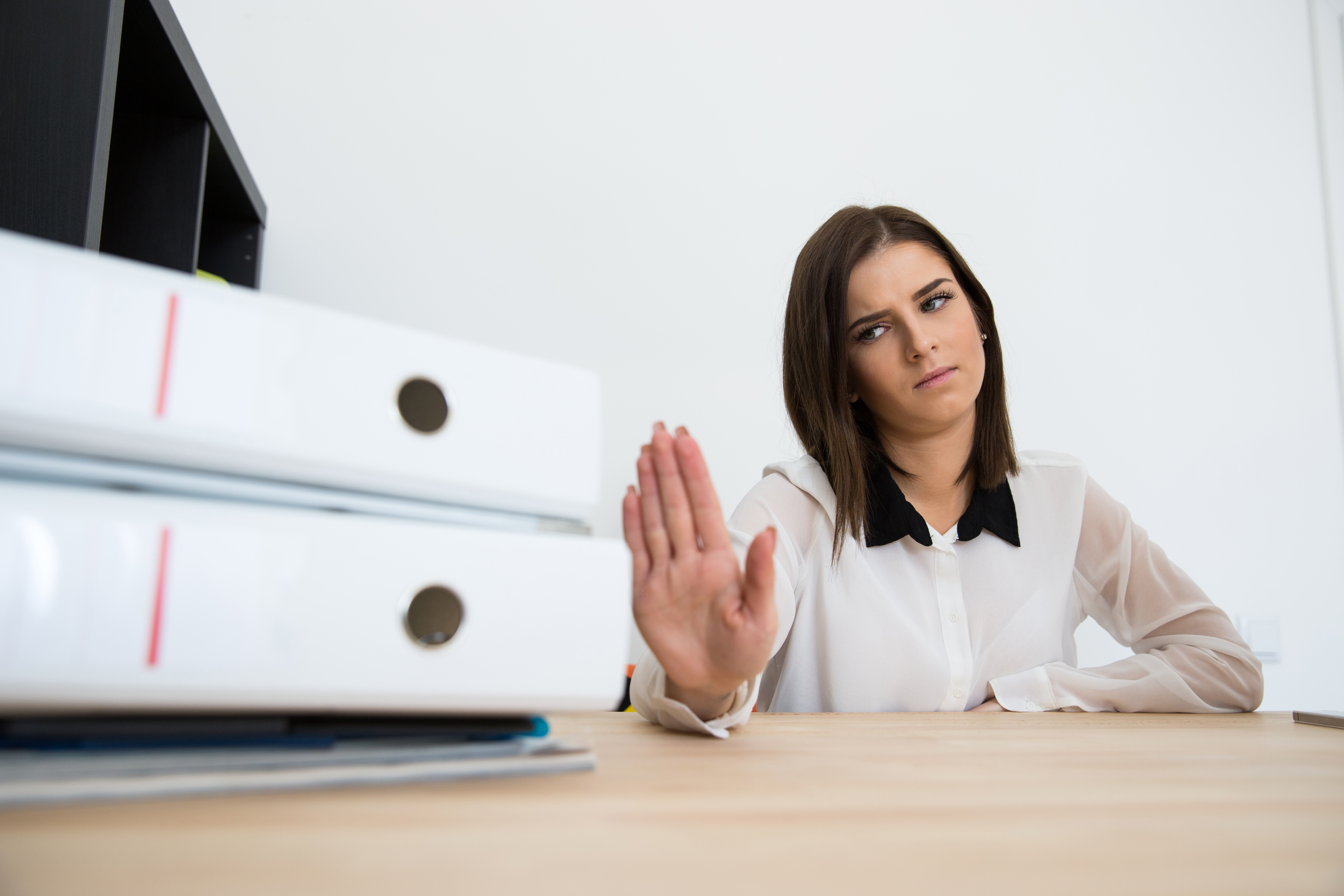 “What if, for the next 24 hours, you said 'no' to every request that comes your way?”

This was the challenge put to me by Zoe Chance, a professor at the Yale School of Management. Zoe teaches a very popular course called “Mastering Influence and Persuasion” and at that moment, I had no idea what saying "no" had to do with influence, nor persuasion.

“Actually, 'no' is a clear choice,” Zoe said.  “It’s affirming in its own way, and doesn't have to be negative at all.”

Mastering the Power of "No"

I failed the challenge. It’s hard to say "no." Really hard. But after 24 hours, I did see "no" from a whole new perspective. Attempting to say "no" made me notice how often my first instinct is to say "yes" -- that is, I always say "yes."  "Yes" rolls right past the lips, even when the brain is saying “You cannot take on another thing right now!”

“100% of the women I know are actually too giving and too willing to say yes,” Zoe said. At least I’m in good company, I thought.

According to the Global Monitor, 64% of women rate the value of “having the freedom to make my own choices” as an essential guiding principal in life. There’s not much freedom in automatically saying "yes." But "no" -- that’s downright liberating.

Make "No" Your Default

Freedom is what "no" is all about. And that’s why Zoe advises women to make "no" their default answer to almost every request. Consider:

"No" is the Best Response You Have

Zoe says keep "No" friendly and simple. The less you treat "no" like a big deal, the less impolite it will feel. And do not be vague about saying "no." Avoid middle-of-the-road responses like, “I’m thinking about it” or “maybe.” Don’t elaborate, explain yourself or make it complicated, all of which turns "no" into something bigger than it is.

Here’s how "no" can help make some situations better for everyone:

Practicing saying "no" has made me consider my motivations when I do say "yes."  A need to feel liked? A desire to be perceived as helpful and generous? A demonstration of my competence: "Oh, sure, I can easily do that, no big deal?" "No" has helped me realized how many times my "yes" wasn’t authentic.

With "no" as a default, "yes" is more meaningful and satisfying than ever. "No" has made my "yes" more energetic, more emphatic. Now, I view "yes" as a conscious choice to act on my values.

And most importantly, I know that when my heart isn’t in "yes," "no" gives me the backbone to say so.

The opinions and points of view expressed in this commentary are exclusively the views of the author and do not necessarily represent the views of MediaVillage.com/MyersBizNet, Inc. management or associated bloggers. Graphic courtesy of GraphicStock.