How the Sports Industry Can Win with #Femvertising 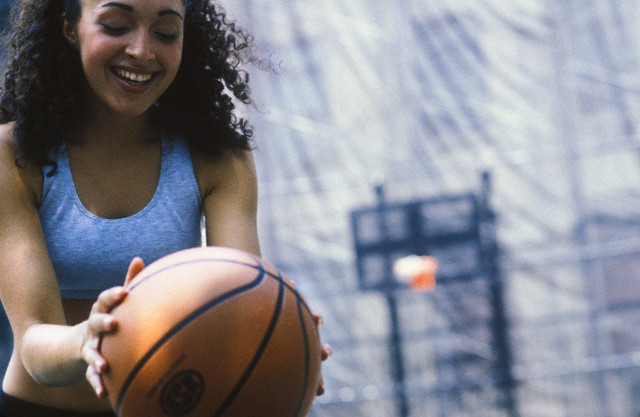 Four Lessons From Sports Brands in Marketing to Women

Women's spending is a key economic driver, with women controlling over $14 trillion in personal wealth in the U.S. And the sports industry in particular -- lapping the economic track with a projected $70.7 billion spend by 2018 -- is getting whipped into shape by women.

In fiscal 2014, Nike derived 20.8% of its wholesale revenue, or $4.9 billion, from the sale of women's products alone. Much of this spending has been enhanced by increasingly authentic and pro-female messaging for brands, which in turn leads to more purchases.

Under Armour touts #femvertising ads starring Misty Copeland, Serena Williams and Ronda Rousey. Tennis icon Serena Williams has double-backhanded her way to wealth with commercials for Gatorade, Nike, Wilson and more. According to Forbes, she reigns atop the heap of female athlete earners, making $13 million in endorsements in 2015 alone.

What can marketers do to capture this audience? Here are four ways sports marketers can win with #femvertising:

1. Powerful messages require powerful icons. While Serena Williams' physical strength may be a point of contrition for some in the media who label her as "manly," that very dominance resonates loudly with the public and brands. Just weeks ago, she heralded her prowess and cultural capital when she was featured in ads for RadioShack and Gatorade. The archival footage used in the Gatorade ad helped deepen sports fans' connection with Serena. We felt like we'd grown up with Serena, watching her development from bright-eyed youth to award-winning woman.

On the other hand, a RadioShack ad for Beats headphones drives home a match-winning volley in its latest ad showcasing Serena doing what she does best -- dominating. When we watch her crush it, we feel like we too are crushing it. The message here is loud and clear: Empowering images of women speak volumes.

2. A winner is a winner is a winner. Do you recall Alex Morgan? Hope Solo? Maybe not. Yet on July 8, over 20 million people worldwide watched these women and their U.S. Women's Soccer Team teammates win a match in a sport about which many knew little. Because so many tuned in to watch the girls go hard, it was the most- watched soccer match in U.S. history.

If you missed that particular globe-gathering event, perhaps you recall the ticker tape parade thrown on July 10 for them in New York City? It was the first time that a ticket-tap parade was thrown for an entire women's team in the history of New York. To celebrate the U.S. Women's Soccer Team's grit, Nike -- whose strategies zero-in on the fact that women love to spend money on the sports apparel industry and are projected to spend an extra $2 billion by 2017 -- made this super-tough ad:

3. A home run has no age or gender.A young kid from South Philly catapulted out of obscurity onto the national stage by leading a Little League Team to the World Series. The anomaly? She's a girl. Playing baseball -- not softball. Vivacious Mo'ne Davis graced the cover of Sports Illustrated in April 2014, becoming the darling of the a.m. talk-show circuit, and landing a plum endorsement from Chevrolet in an ad directed by Spike Lee.

"I throw 70 miles per hour. That's throwing like a girl," she states in this moving ad. She's also teamed up with Make a Difference Every Day (M4D3), launching a line of sneakers that benefit impoverished girls.

"I never thought at the age of 13 I'd be a role model, but having young girls look up to me is pretty cool," Davis said in a M4D3 news release. We agree that's a fastball worth catching.

4. Badass broads rule. Ronda Rousey is no shrinking violet. The controversial UFC Mixed Martial Arts champ pounced on the scene with her get er' done attitude. At 5'7", she's wrestled up endorsements from Metro PCS, Buffalo Apparel, Reebok and more.

What's next? Carl's Jr., the burger chain better known for its sexually robust, very cheeky and outwardly stereotypical ads, has just tweeted that she is its next spokeswoman, with ads driven by new consumer insights coming out in a few weeks. Is this a step backward for #femvertising? Or is it a step forward for freedom of choice? The scoreboard is up, consumers.