How the Workplace Can Redefine Traditional Gender Norms 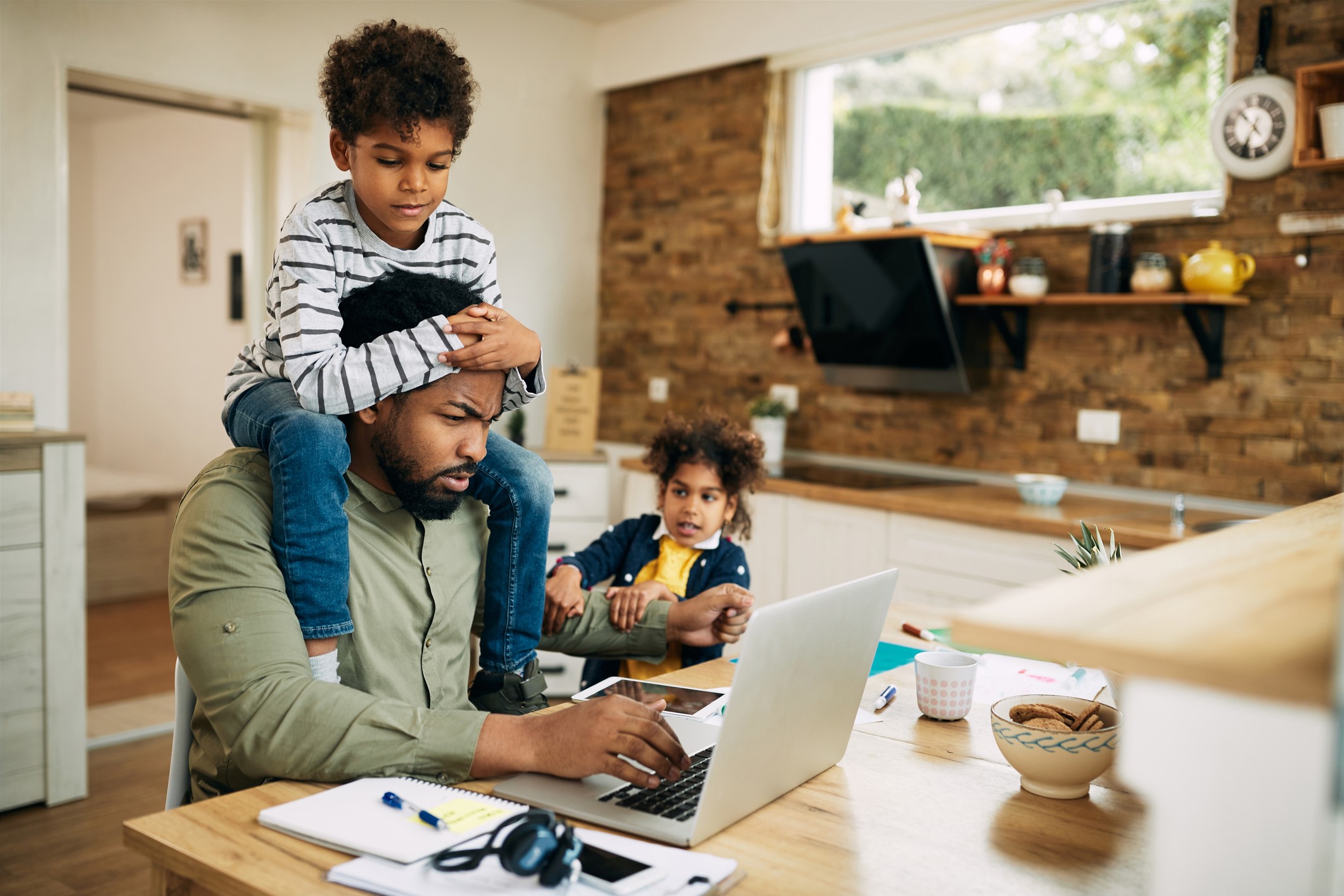 When you hear a phrase like "toxic masculinity," what comes to mind, and how does that contribute to sexism in the workplace? At the Female Quotient's Equality Lounge at Advertising Week, panelists dove into this topic during "Masculinity in the Workplace," sharing insights from a recent Catalyst study, powered by their research initiative MARC (Men Advocating for Real Change).

According to the Catalyst study, there's a direct correlation between the expectations and masculine norms placed on men and sexism that occurs in the workplace. Catalyst surveyed more than 1,000 men and found that 94% experienced some level of masculine anxiety at work, and one in five reported experiencing it to a high degree. Masculine anxiety is defined as "the distress men experience when they feel like they are not living up to the narrow standards of masculinity -- i.e., being strong, emotionally reserved, successful, powerful, dominating, fearless, in control and even emotionless."

The study also shared that men are more likely to say that they experience masculine anxiety in organizations with combative cultures -- those that have norms of ruthless competition and a dog-eat-dog, winner-takes-all and work-before-family mentality. Ninety-nine percent of men said that their workplace had some degree of a combative culture. In addition, 86% of men said they felt committed to interrupt sexism in the workplace, while only 31% of men felt confident in their ability to interrupt it.

The panelists agreed that we all have the power within ourselves and a voice to disrupt sexism as we witness it occurring in the workplace.We must not turn a blind eye or shrug off things that make us uncomfortable. We have to collectively question what is -- and what isn't -- working in our efforts to create a more inclusive work environment.

Here's how organizations and individuals can challenge strict gender roles and effectively address the connection between masculine anxiety and passivity in the face of sexism:

Create a workplace culture of transparency and vulnerability

Make it OK to admit failure. Leaders and organizations must establish norms that model humility and transparency. Creating these workplace cultures of transparency will disrupt the masculine norms that say success is everything, failure is not an option and asking for help is unacceptable.

It is important to create honest and communicative cultures that listen to the needs of team members. Ludo Gabriele, Senior Director at MARC Branding at Catalyst, shared the value in men communicating their desire for flexible workplace cultures. "The assumption that only mothers want a flexible workplace is a persistent myth. It's pretty harmful because it frames this idea of flexibility as a gendered issue, which is not the case, and puts men in a position of feeling bad to ask for flexible workplaces."

In order to destigmatize caregivers leave as being a "women's only" thing, it is important that organizations establish policies that encourage men to take parental leave. Research shows that while half of fathers think men should take paternity leave, only 36% actually take their permitted leave.

"There are so many men who say, even if there is a generous parental leave policy offered to them, they either don't take it at all or only take a few weeks," said Sarah DiMuccio, Senior Associate at MARC Research at Catalyst. "That is certainly because of the stigma associated with doing that for men."

When we talk about workplace mentorship or sponsorship programs, it is very common to pair people together based on similarities, such as age, race or gender. However, a lack of cross-gender mentoring is a missed opportunity when it comes to disrupting gender bias in the workplace.

Men mentoring women and women mentoring men could transform workplace culture. We can learn from other people's unique adversities, difficult experiences and encounters with inequities. This awareness will only increase our ability to take action and act as allies.

Statistics show an apparent health crisis when it comes to men. Women are 42% more likely to take sick days than men. It is common for men to forgo doctor appointments, and they are less likely to receive mental health treatment than women.

"Too many men still confuse strength and resilience with emotional and physical stoicism," Gabriele said. "We must normalize the fact that we are all human."

We must recognize that gender bias exists, and that it is all around us. Men are not the only ones with work to do, but we all unknowingly perpetuate systems of inequity. After we acknowledge the problem, it's everyone's job to call it out and create systems to combat it like employee resource groups, open door policies and healthy role modeling from leadership.

"One of the things I've done is to recognize how I can use my privilege as a CEO, owner and boss to put people in a position to feel safe," said Luke Lawal Jr., Founder and CEO of HBCU Buzz. "Part of that is trying to figure out how I can meet everyone where they're at and create safe places for open conversations and address different ways we can address challenges."

"The strict and unforgiving masculine expectations that men have placed on them is unfortunately related to a reluctance to speak up against sexism, but it's made much worse in combative cultures that favor masculine behavior," said DiMuccio. "Addressing these types of negative cultures is really key."

Let's be clear -- men are not toxic. The goal is to expose the harmful gender norms we've been taught and the ways in which we all perpetuate gender inequality. We need to stop seeing challenges to rigid gender roles as threats and, instead, see them as opportunities for progress.

Stephanie, who affectionately goes by Stevie, is a writer for The Female Quotient and is passionate about creating content to educate and empower women. She has lived a number of lives from event assistant to creative writing teacher in juvenile halls to the…