How to Dream in 3D. - James Stewart-Geneva Film Co. 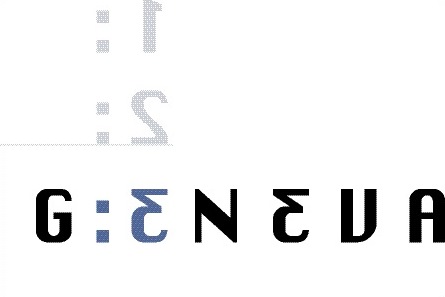 It's probably the most surprising thing I say to advertising professionals.

Seriously. Read any popular gadget blog and you might get the impression that 3D is just some fad on the wane. That's a mistake. Take a closer look and you see that this technology is growing as one of the world's most important storytelling mediums and one of the most essential opportunities for brands today.

This year, more than $4 billion in revenue is expected from 3D films like OZ: The Great and Powerful, The Hobbit sequel and Star Trek. The number of in home and in hand screens that can carry 3D content continues to multiply. And the world's top brands – Pepsi, Sony, Lexus, Toyota, Coke – have already seen the power of the technology in their own 3D commercials.

Instead, 3D is a powerful storytelling tool and it is absolutely ready for prime time. This often leads creative, producers to ask another question – how can we best take advantage of 3D?

Think about the platform.

3D is available on thousands of movie screens worldwide. It's possible on most TVs sold in the last three years – and supported in over 70 millions US homes by networks like ESPN, SKY and Discovery/IMAX's 3Net, plus gaming systems like Nintendo's 3DS, Sony's PS3 and PS4. 3D is emerging on the go too with mobile phones and tablets. Bottom line? The platforms exist, the audiences are out there and they're hungry for content. 2013 will easily be the biggest year for 3D as a form of entertainment.

Connect with the experts.

In the early days of digital 3D, the stakes were high, the medium was unexplored and the hardware was expensive. Not so today. Experienced production and creative professionals are working on blockbuster 3D productions right now. The knowledge they bring to any program means that it's easier – and to be honest, cheaper – to produce 3D than ever before. Reach out to that team at the beginning of your thinking process to get the most out of 3D.

You've got to think about 3D as less this and more of an immersive world like this. Today's 3D is really digital 3D, and it's a powerful, original experience. The world's top directors understand that you're essentially creating the equivalent of surround sound for the eyes – call it "surround picture" if you will. That means that you can extend the experience beyond the screen. And like any storytelling method, 3D has its own language with unique nuances. Forward motion, for example, is more impressive than horizontal motion.

How do you get the ball rolling on 3D for clients? You have to start by identifying those clients – those who want to do something high impact and create something with talk about value. These are the brands that want to appear before blockbuster movie trailers, or during the Super Bowl. They want to speak loudly, win awards and create something spectacular. Start there – like Pepsi, Lexus and Sprint have done – and you can imagine bigger and bolder than ever.