How to Lead in Today's Landscape 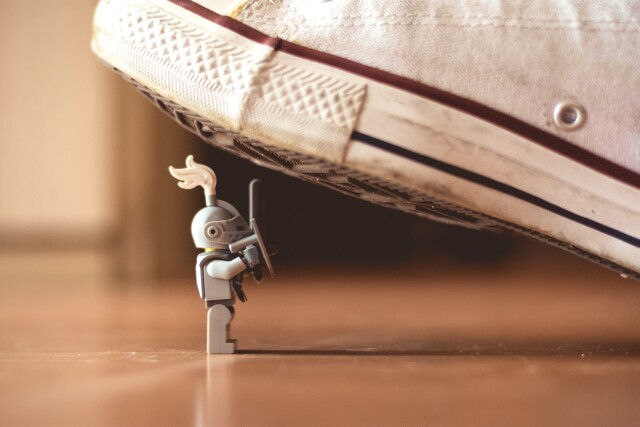 My column two weeks ago focused on the future. Last week's post was on change. This week's column focuses on leadership.

Leading today is challenging for myriad reasons which include but are not limited to:

The leadership traits that illuminate the path forward.

Everyone can learn and build the six traits of a leader if they wish to and are disciplined about it. Becoming a leader does not entail anyone else allowing it, awarding it or being able to take it away.

The six traits are:

The best leaders are turd slayers!

Often successful companies and individuals defeat themselves. This comes from some combination of hubris, incestuous thinking and improperly aligned incentives.

Intel was so deluded by its success around Windows computing and 86 architecture that they missed mobile computing and were late to the needs of Cloud computing. It has been superseded by Nvidia, Taiwan Semiconductor and AMD. And yet another CEO has come and gone.

Wells Fargo was so crazed and incentivized to drive revenue by opening new accounts that they started accounts for dead people and established multiple accounts for customers who did not need them. Billions of dollars of fines and four CEO changes in less than six years is a result of this besotted behavior.

Soon a trail of e-mails will show that Boeing for years was aware of the software problems with the 737Max but a zeal to ship, a disconnected or badly informed Board of Directors, and miscommunication deeply damaged this world class firm.

Again and again leaders gathered and pretended that the brown moist thing in the middle of the conference room table was a brownie when most suspected it was a piece of shit.

There was a turd on the table, but either no one informed folks because they were scared, or leaders looked the other way or were delusional enough to confuse an item found in a toilet bowl with a delicacy found at a bakery!

The best leaders build an environment where people can call out the turd and they are constantly listening, looking and should one say smelling for it.

Here are some suggestions for how to become a "turd slayer."

2) Assume the person you are trying to be diplomatic to about an issue knows what the issue is. If you bring it up, you will be more respected. If they did not know, you will earn an ally.

3) Do not go with the crowd if your instinct says no. Often group and crowd dynamics take over in much decision making. People think about what their boss wants to hear rather than what they should say. People worry about the impact on their career rather than what is right. Sooner or later too many people are dodging their own shadow and playing mind games that lead to slow and bad decisions.

4) Do not work for a boss who cannot bear the truth or whom you fear. We are living in a time of change, and most of the time senior folks need to be told that their core beliefs may no longer be true. I have seen too many companies from newspapers to magazines to many others hasten their decline because their leadership did not face reality, in part because their staff feared them.

5) Tell all the truth but tell it slant. Once you have decided to address the turd on the table, you might want to do so in a careful way, so the message gets through. Ideally it is in a way that does not make the person receiving the news "lose face," so much of this is best done person to person. In other times some humility, self-awareness, metaphors, or humor will be called for. Emily Dickinson said it best in her poem, too much of shock and you will have blinded someone to the turd!

So, let's address the "turd on the table" wherever it might be.

One improves slowly over time.

Some days one improves and other days there are setbacks that one learns from. A practice of continuous improvement is what drives not just success for athletes but for all people.

The day we stop learning, we stop growing and we begin dying.

Being accountable for our own feedback and being comfortable helping others with feedback to unleash their growth is a sign of not just successful businesspeople but people who find success in every component of life.

Feedback is a key to growth and the journey forward.

1) Scan for signals. People are constantly providing feedback even if they are not vocalizing it. In some instances, you may gauge it in numerical signals from how well your writing is read, reacted to, or shared -- or whether you are invited to key meetings. Other times it is to watch facial and body language. You learn a lot by reading a room or a Zoom gallery.

2) Ask for feedback on a regular basis. One can do this with three simple questions and the way they are framed, which ensures people are comfortable helping you since they are positive in tone: What worked well? If/when I do this next time, what could be better? Who do you think does what I need to do well and where can I learn more?

3) End of Day/Week Self Review. Most people know in their gut what worked or went well and what did not. Many successful individuals end the day or week with some variation of a quick review:

a) The Work. What went well with my work product that I feel proud signing it and what could have gone better?

b) The Team. What felt good and productive in the way I interacted with people and where could I have been better in some ways in handling my or someone else's emotions?

c) The Improvement. What little improvement did I manage to make today or this week? A new habit? Learning a new approach? Strengthening a relationship?

Everyone can be a leader. We must sculpt at the block of marble we are to let the leader out just as Michelangelo did to let David emerge.

Here are links to posts on Leadership. (Each one is a six-minute read covering an area touched on above in greater detail.)

The Turd on the Table