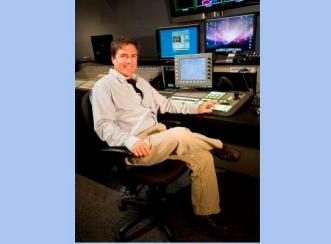 But it's not all bad news. Social media marketing was behind the biggest movie you've never heard of, the amazing Paranormal Activity, which took in $22 million last weekend, making it the highest grossing flick of the week, nearly double its closest competitor. Oh, and all that despite being in about 35% less theaters than its competition.

How did it do so well? We had a front row seat here at Revision3, as we helped the company leverage the power of social media to drive demand around the country – at a tiny fraction of a traditional movie campaign.

The low budget Paranormal Activity, which was made for less than $15,000, was discovered by Steven Spielberg, who originally wanted to remake it. But then he decided, along with Paramount, to try releasing it through non-traditional means, which these days essentially involves Twitter, Facebook and online video.

Paramount called us up to help energize our 3 million strong audience of young tech and Internet-savvy men. Our first test: to fill up San Francisco's cavernous Castro Theater for a midnight movie that no one had ever heard of. And we had just 5 days to do it all.

Piece of cake. Our Web-savvy show hosts have, on average, 68,000 Twitter followers each. We quickly harnessed the Revision3 Twitter army to let our fans know about the upcoming show. In addition, we passed the word along to our Facebook fan pages as well, and urged everyone not to miss the most amazing movie experience of the fall, for free.

Word started spreading. Our indy movie-making show, Film Riot got involved as well. This funny show, hosted by an incredibly creative horror movie producer based in Miami, not only told all his fans, but we flew him out to San Francisco to be the host of the midnight showing. His fans locally were overjoyed, and many of them immediately made plans to show up.

Our other hosts also joined in. Fans of Tekzilla and Co-Op were encouraged to come down to the screening as well, to hang out with the hosts of those shows too.

We even quickly launched a Paranormal Activity microsite about the upcoming movie, to give our fans a place to RSVP, and to get more information about the screening. You can see that here, along with a link to the trailer, the official site, and more.

The screening was a huge success! Although Paramount originally didn't think we would fill the balcony, we ended up putting butts in every seat, and by 3am we'd helped convert more than a thousand Revision3 fans into Paranormal Activityambassadors.

And yes, they told all their friends – which averaged more than a hundred followers each on Facebook, Twitter, MySpace and other social networks. In addition, we encouraged everyone we touched to "Demand It" – to demand a showing of Paranormal Activityin their home town. This also touched off a huge response around the social nets, and helped build buzz for the movie far beyond San Francisco.

So Phase 1 was a huge success. But it didn't stop there. Our Film Riot host, Ryan Connolly, dedicated his next episode to Paranormal Activity, and brought his viewers to the event, and showed off parts of the trailer. That episode has proven to be the biggest yet for the new show, with more than 300,000 viewers to date, and 10,000 new viewers each day.

And we've kept up the tweeting, poking and prodding. One of our producers posted pictures from the event on the social photo-sharing site Flickr. Our latest tweet helped Paramount get the word out about this weekend's expansion, and encouraged our viewers to be part of an exclusive Paranormal Activityparty.

My congratulations to the Paramount marketing team who really understood how social media could be used to drive incredible buzz, awareness and viewership of an amazing movie. Instead of an incredibly expensive multi-million dollar TV, print and outdoor campaign, Paramount has created a huge success – more than $65 million dollars so far -- through deft usage of social networks, online video and other non-traditional means.

Sure, the movie was good. If it was shlock, the twittersphere would have easily destroyed it, just as it wrote the epitaph for Bruno, Land of the Lost and Year One. But with a good movie, and a minimal budget, Paramount and its partners have proven that you can make movie magic – and money – with a minimal investment.

The lessons of Paranormal Activityextend beyond simply creating buzz around a horror flick. Leveraging the power of socially connected, engaged audiences, by focusing on the new influencers, can pay tremendous dividends for everything from Apple iPhones to Zappos shoes. It's not just about telling a few friends anymore. When something is good, and with the right fulcrum, social media can move mountains.

What does the modern movie ad look like? In the end what you see below drove more profit to Paramount's bottom line than a hundred million impressions on broadcast TV.

So who's going to PARANORMAL ACTIVITY? @ryan_connolly@patricknorton @jollyroger + a few of the @Area5_Coop guys! are you? http://ow.ly/qMtB4:09 PM Sep 23rd from HootSuite

Grab a drink w/us before going to PARANORMAL ACTIVITY! We'll be at Lucky 13 at 9PM tonite before going to the movie -http://ow.ly/qV2b jollyroger Pics from Revision3 Paranormal Activity Movie at the castro here... http://tinyurl.com/ycpae9p#castro #revision3 #rev3 #paranormal 8:49 pm Sep 25th, 2009

And many, many more!

Jim Louderback joined Revision3 as the CEO in July 2007. He can be reached at jim@revision3.com

Jim Louderback joined Revision3 as the CEO in July 2007. Jim has spent 16 years in various media and technology management roles, including leading editorial and lab efforts for PC Week, and senior management on the launch team for ZDTV/TechTV - the first 24…