How Will the Future Be? 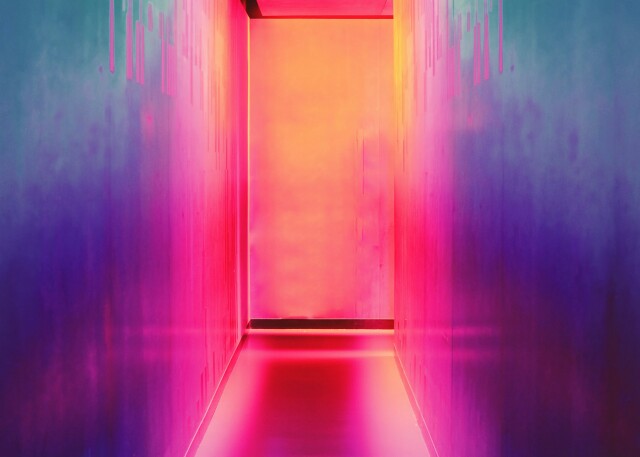 We are all interested in the future since we will be spending the rest of our lives there. But the future is unknowable since it is yet to unfold. However, there are three very high probabilities about the future that we should heed so that we can better align and adapt to what is likely to occur.

2. The future will come from the slime and not the heavens. Future prognosticating is often aligned with crystal ball gazing, scenario planning and blue-sky thinking. We look ahead and above. We watch market leaders and todays visionaries and time after time we are surprised that the future did not come from where we were looking but from those we looked down upon or were outside the "velvet rope" or who never appeared on our radar.

3. The future, while challenging for some, is likely to be much better for most. Someone said that they were not afraid of the future, but they were scared out of their minds by the headlines. What enrages powers the algorithms that are built on what engages. While there are real challenges and some segments of society and certain regions fail and slip back, history indicates that for humanity the future can be looked at with optimism.

Everywhere in the world six unstoppable intertwined forces are shifting the very landscape that business and society have been built on.

COVID-19 has changed the contours of the future in ways that many of us may not be fully comprehending. After nearly 18 months of fragility, resilience and, in some countries, resurrection, we are changed as businesses, as society and individuals. And one would be short sighted in thinking that the key driver of COVID-19 is limited to an acceleration of digital channels and technologies.

It is far deeper.

There will be no new normal or going back but rather a new strange as we think anew for what is ahead as everyone re-thinks their lives, their careers, their leaders and re-evaluates what is important. The signs are everywhere, including how companies are struggling to attract talent or get them back to the office. It is seen with a Microsoft study that indicates that 40 percent of workers in the U.S. are thinking of switching jobs.

Five forces ricocheting off and re-enforcing each other are sculpting a new terrain.

1. Demographics. Most countries outside of Africa and the Middle East are aging as people live longer and there is less immigration and fewer children being born. This means more people are going to stay in the workforce longer. In addition, those aged under 34 have grown up in a very different economy (less growth and more shocks), technological (digital natives) and social set up (more liberal and more ethnically diverse) and have very different mindsets and expectations than those over 50 that might be currently leading companies and making up most of board leadership.

2. Unbundled workplace. Post-vaccine the office is not dead, but it will play a lesser role for a variety of reasons from talent preference to work part of the time from home or near their homes (a third place that is not home or the old HQ office), a need for companies to either manage costs (lower real estate costs) or be more aggressive in filling open roles and finding scarce expertise (allowing talent to live wherever they want). COVID-19 has made remote work a reality and very few companies will be able to compete for talent without being open to it.

3. Technology. While broadband technology, cloud-based computing, and communication software like Zoom and Slack have enabled remote work and collaboration, we are on the cusp a quantum jump of enabling technology including integrated AI for improved competency, voice and AR for leaps in communication, and 5G for faster and more resilient connections.

4. Government and policy. Most governments are tilting resources to labor and collective infrastructure rather than capital and private enterprise, recognizing that after years of disinvestment in society and poor market driven outcomes in some areas such as climate change the pendulum may have swung too far. It is also clear that company leadership is now being asked to take stands and work with or influence government.

5. Culture. After a long while diverse voices and points of view are now both being heard and paid attention to all over the world as for too long too many talented people's potential was never unleashed or recognized as well as many company cultures needed to be rethought to ensure greater fairness, equality and opportunity.

The Future of Work

1. The nature of work. We are all going to be gig workers. The only difference is that the lucky ones will have longer, higher paying gigs with better benefits like a consultant at McKinsey or members of a movie/television crew who come together for as long as the project takes and then disband and recombine in new ways on the next project. Many others will be working for Uber, Door Dash or on contract for tech and other companies. (Google has many more contract workers than full time employees already and the divergence is growing.) This change will be driven by employees wanting flexibility and companies wanting to make costs variable versus fixed, enabling technologies that allow for distributed and fractional work as well as the shrinking half-life of skills that place a premium on plug-and-play work forces.

2. How work is done. Almost all work will be instrumented and technologically augmented. Today everything is measured including page views and interactions with each piece written by an online writer, time spent answering a tele-marketing call or billable time spent by doctors in seeing patients or lawyers in seeing clients. If there is an emission of data it will be used to stack, compare, enhance, iterate and improve.

3. Where work is done. The "office" of 2019 will become like the typewriter did three decades ago in the age of computers and Microsoft Office. A collectible and a romantic notion of a time past. Or movie theater chains believing that people will flock back to their locations to see movies at the same frequency as before despite every blockbuster being available at home the same day as part of a subscription service.

Ruptures in the Mediascape

Every decade or so there are significant shifts in the media landscape. In the early '80s we saw the birth of cable, the '90s the beginning of the World Wide Web, less than a generation ago we witnessed the explosion in social media and the criticality of mobile phones as revolutionary creation, consumption and distribution platforms/instruments.

We are now amid what may be the most significant rupture in the mediascape whose implications on business and society are only beginning to be sensed. A rupture that is not just driven by advances in technology but a very deep wrinkle in the very fabric of every element of how media, messaging, content and information are created, designed, distributed, consumed, shared and trusted.

Media is becoming mongrelized as the difference between offline and online media, above the line and below the line communication and audio/video/word blur. Even more importantly the differences between social, mobile, search and e-commerce make very little sense and yet so many organizations are set up this way. A shoppable mobile video with chat support belongs to which part of a marketer's organization?

In addition to mongrel media another key change is determining who is a creator and what is a media company? In the United States nearly 50 million people define themselves as creators. Kylie Jenner’s Instagram gets more traffic than the Super Bowl and Oscars combined.

Add to this the rise of voice(Amazon Echo, Google Home, podcasting, Clubhouse), the emergence of Augmented Reality and Virtual Reality and the renaissance of out-of-home as an electronic wired interactive media and one can sense the entire media landscape is ready to rupture.

Here are links to posts on the future. (Each one is a six-minute read covering each area touched on above in greater detail.)

The River of Change: https://rishad.substack.com/p/a-river-of-change

The Future of Work: https://rishad.substack.com/p/the-future-of-work

Ruptures in the Mediascape: https://rishad.substack.com/p/ruptures-in-the-mediascape