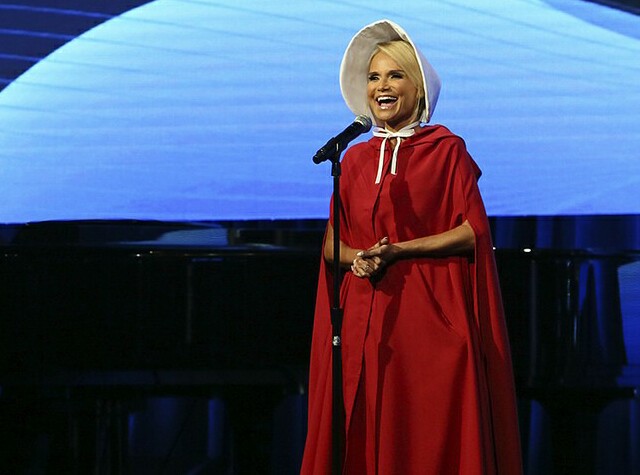 Beverly Hills, CA – Kristin Chenoweth and Warren Littlefield stole the spotlight -- while Hulu and FX stood out as the big winners -- at the 33rd Annual Television Critics Awards, held Saturday night at the Beverly Hilton hotel, home to the 2017 TCA tour.

Chenoweth (pictured at top) set some kind of record for the number of appearances by a host on stage throughout a TCA Awards event, frequently appearing throughout the show in a number of different outfits, telling jokes, singing and introducing various luminaries in the room.  If the TCA Awards – which she dubbed The Chenoweth Awards for the evening – were televised she might find herself with an Emmy nomination for her efforts.  She opened the show in cowl and cape with a comic tribute to Hulu’s dystopian thriller The Handmaid’s Tale, which was honored with awards for Outstanding Achievement in Drama and Program of the Year.  She then pulled out her phone to take a picture of the audience, taking care to tell the cast of NBC’s This Is Us – on hand to accept the award for Outstanding New Program – to smile because “you don't get to do that very often."  She concluded her opening performance by surprisingly calling This Is Us star Sterling K. Brown (pictured below right) to the stage for a moving duet of “For Good” from the musical Wicked that brought the entire audience to its feet and had many of us wondering, “Is there anything Sterling K. Brown can’t do?” 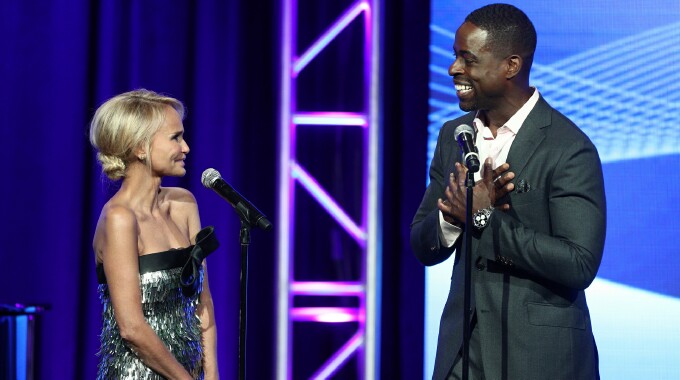 But in many ways the night belonged to former NBC Entertainment President Warren Littlefield, now one of the hottest showrunners working in television.  He took the stage twice with the cast of The Handmaid’s Tale to accept its awards, and again to accept the coveted TCA Heritage Award, which recognized Seinfeld, the classic comedy Littlefield supported while overseeing NBC Entertainment in the ‘90s.  (Littlefield is pictured below, second from right, with members of the Handmaid's team.) 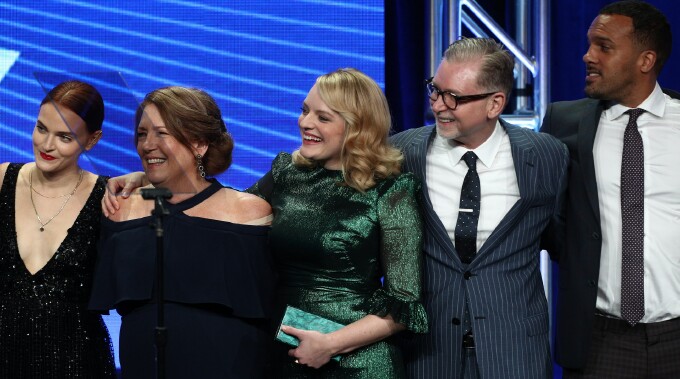 “Thank you … this adds value to our family,” said Stephen Glover who, with his brother in England shooting the next Star Wars installment, accepted both awards on his behalf.  "It's been a crazy year -- and our run started with you guys," he told the critics.

Coon (pictured below) made TCA Awards history as the first actor to be recognized for two separate performances on two different networks -- as police chief Gloria Burgle on Fargo and survivor Nora Durst on The Leftovers. 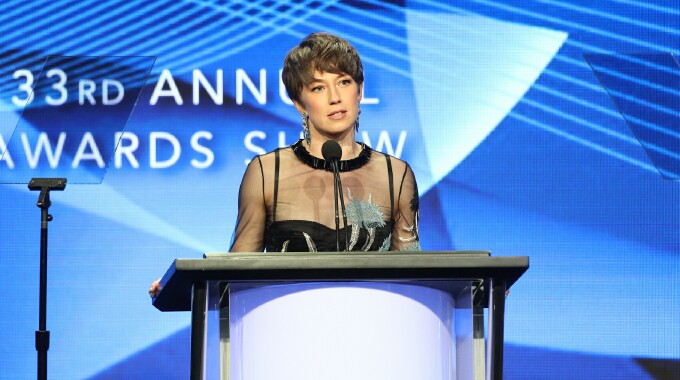 “Wow I feel like I cheated being on two exceptional shows," she joked.  "This has been a special year for me and this goes beyond anything I could have reasonably expected.”

The ABC comedy Speechless also made history at the awards when it became the first network comedy ever to be honored for Outstanding Achievement in Youth Programming.

In a true show of their appreciation for being supported by the TCA from the beginning, all of the stars of This Is Us turned out to accept their award. (The cast is pictured below.)  “It's meant quite a bit to us that you took in a show that delves into sentimentality and sometimes comedy,” said series creator Dan Fogelberg of the win.  There were many jokes throughout the night about the fact that the show is often a tearjerker.  Two days earlier, when NBC showed a clip reel from Us, there wasn’t a dry eye in the house. 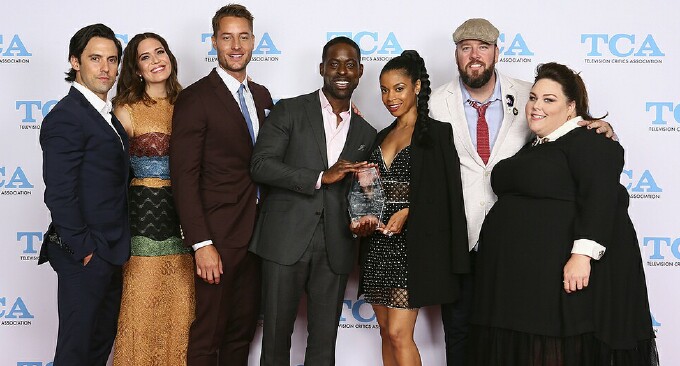 Remini’s brave mission to lift the curtain and expose the behind-the-scenes activities of Scientology brought her the first award of the night.  “I was hoping I'd have won something for comedy,” she joked.  “I guess you didn't think I was funny."  Then she turned serious, delivering a passionate speech about the negative impact Scientology has had on her life and the lives of others.  “I was told outside of Scientology I wouldn't amount to much,” she said.  “Thank you for proving those theories wrong."

Witherspoon (pictured below) was especially charming when accepting the award for Big Little Lies.  “This is so exciting, you have been so good to us,” she beamed, lighting up the stage.  “This has been such a gift and the support from HBO was incredible.”  She read a special thank-you note from her co-star Nicole Kidman, in a perfect mock-Australian accent.  Kidman was actually in Australia on Saturday night; but critics are still talking about her luminous appearance at the TCA tour one week earlier to promote the upcoming Sundance TV limited series Top of the Lake: China Girl – in which she co-stars with Elisabeth Moss of Handmaid’s Tale. 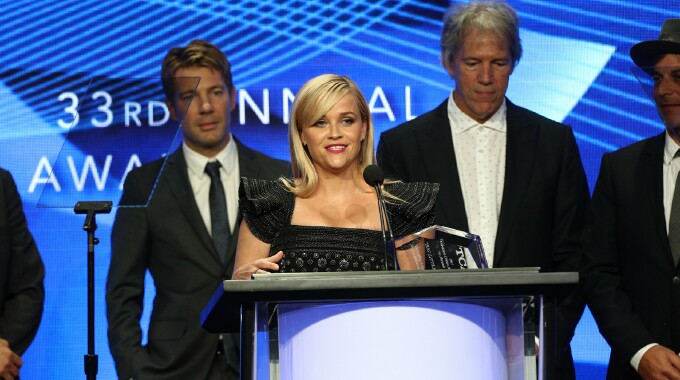 A full list of the night’s winners is below.