"In the Heights": I Finally Feel Represented. Now I Hope It Lasts. 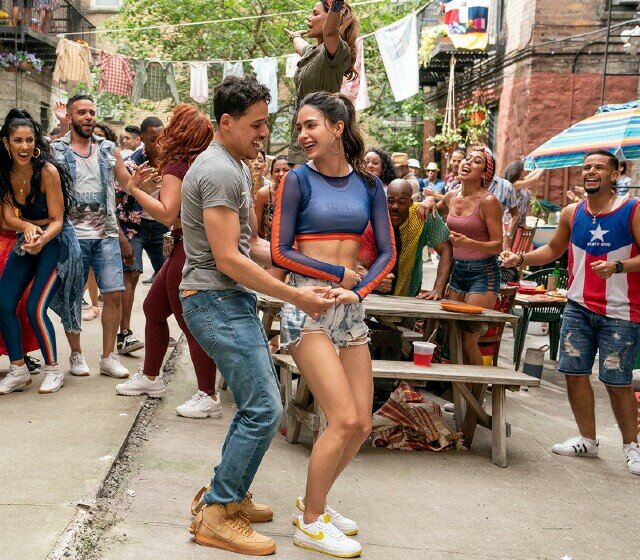 For a few years now, you may have seen #RepresentationMatters trending on Twitter when culturally impactful films like Black Panther, Crazy Rich Asians and now In the Heights are released. Movies like these, as well as certain television shows, make those who have felt underrepresented for much or most of their lives finally feel seen, heard and, well, represented. This past weekend, we saw the long-awaited movie adaptation of Lin-Manual Miranda's first Broadway baby In the Heights finally hit theatres after a year-long delay due to the COVID-19 pandemic. This movie made me laugh, think and cry over and over again. That's my emotional state of late. Between In the Heights, the second season release of Hulu's Love, Victor and the latest episode of High School Musical: The Musical: The Series (titled El Quincenearo) on Disney+, this past weekend was the most I have ever felt represented, not just as a Latino but as a queer Latino.

In the Heights centers on the residents of Washington Heights in New York City, many of whom are being forced out as the area becomes more and more gentrified, and they dream of a bigger, better life beyond their corner of Manhattan. The characters include Usnavi (played by the charming Broadway alum Anthony Ramos), who dreams of rebuilding his father's recently destroyed business in the Dominican Republic; his cousin Sonny (hilariously played by Gregory Diaz), who wants to go to college and better himself for his family's sake; Vanessa (Melissa Barrera), an aspiring fashion designer trying to get out of the Heights; Stanford student Nina (Leslie Grace), and aspiring businessman Benny (Corey Hawkins). The latter two reignite an old romance when Nina visits home after her freshman year.

The supporting cast includes Jimmy Smits as Nina's father Kevin; Daphne Ruben-Vega, Stephanie Beatriz and Dascha Polanco as the salon trio Daniela, Carla and Cuca; and Olga Merediz as neighborhood matriarch Claudia. Although she has no children of her own, everyone calls her "abuela."

Everything about this film is simply stunning. From the breathtaking direction and visuals from director John M. Chu to the choreography by Christopher Scott, to the revamped Broadway score by Mr. Miranda, Alex Laciamore and Bill Sherman.

I can't tell you how many times I cried during this movie. I was moved at the start just by seeing so many Latine faces filling the screen during the chorus of the titular opening number, people with their families, heading out to work, making ends meet and going about their days. In "Breathe," Nina sings about the pressure of making her family and people proud by making it in the real world. Like Nina, I'm the child of immigrants and besides my sister, the only other to go to college, hoping to live a better life after all the hard work our parents have done to make that possible. I felt that weight and pressure Nina felt on her shoulders.

Then comes abuela Claudia, played by the incredible Olga Merediz, in her showstopping song "Paciencia y Fe" ("Patience and Faith"), talking about her journey from Cuba to New York City in 1943, getting a job as a maid and "scrubbing the whole of the upper East Side," just wanting to survive when there was no work in Cuba. Then the ensemble snaps at her, "You better clean this mess, you better learn Ingles!" Coming from a family of restaurant cooks and house cleaners who came to the U.S. escaping a war in El Salvador with nothing but $20 in their pocket and not knowing a word of English, this really hit home. I was in tears by the end of this song and scene. I lost my abuela and abuelo during the pandemic, both of whom sent their teenaged and twenty-something kids to the U.S. in the '80s, hoping they could build a better life. I know this song impacted nearly every Latine.

In another showstopper, "Carnaval del Barrio," Heights residents of all nationalities come together for a big celebration of their culture, pride and heritage, waving flags from Mexico, Cuba, Puerto Rico and the Dominican Republic. Usnavi sings out, "From Puerto Rico to Santo Domingo, wherever we go we rep our people." Seeing such a celebration of who they are and where they came from just made me so proud to be Latine. We're a people who believe in hard work, family and perseverance against all odds.

Although critically acclaimed and beloved by audiences, the movie has thus far been deemed a box-office disappointment due to its lower-than-projected earnings in its opening weekend. It's very important to remember that the film was simultaneously released in theatres and on HBO Max, so many folks who aren't yet comfortable going to a theater are likely watching it from home, and that movie theatres, like the one I attended, are still being cautious with the pandemic and leaving empty seats between patrons. A "sold out" showing is really at around 60% of its normal capacity.

I recall that one of the last big musicals to hit the silver screen, The Greatest Showman, was initially dismissed as a flop after an underperforming first weekend, yet it went on to gross $450 million at the box office as word of mouth boosted ticket sales. (As an aside, my editor, who worked on the original Dirty Dancing, reminded me that early box-office receipts for that enduring classic were adequate, at best. But while blockbusters came and went around it, Dancing remained sturdy at the box office for months to come, ultimately becoming what was at the time the most profitable independent movie in history. And that isn't taking into consideration its home video success.)

Regardless, in terms of representation In the Heights will have just as much of an impact for Latine people as Chu's last film, Crazy Rich Asians, did for Asians. I for one cannot wait to see my people and all other people of color accurately and meaningfully represented on screens, silver and small.

In the Heights is in theaters now and is available to stream on HBO Max.